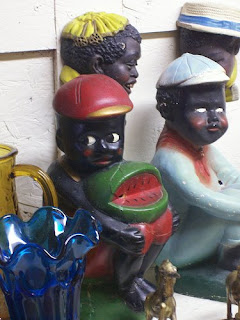 Though not widely known outside The Black community, Blacks have a checkered past in the area of racism against our own. For example, “light-skinned” Blacks were considered superior to “dark-skinned” Blacks, mainly because light skin was closer to white, i.e. Caucasian. In my childhood, it was not uncommon to hear comments about a Black not passing the “color test”, meaning that he or she might be a shade “too Black“. We called each other names like Black Sambo, and used terms such as mulatto, octoroon, and quadroon to describe our various colors. Too Black and you were considered “African”, a derogatory term for Blacks back in the 60s. But there was no such thing as “too light“.

Black on Black racism continued with physical features like hair. Blacks had a grading system for hair back in the day. Blacks with fine, softer hair were considered to have “good hair“, good being defined as “closer to White hair“, and were looked on as better than their counterparts, who had “bad hair“.

“Bad hair“, or hair that was more course and more typical in our culture was called kinky or nappy. Many Blacks were so stigmatized by their hair, that an entire industry was spawned to “soften” the hair, a term called ‘processing’. Blacks up until around the late-70s wore their processed hair slicked back, adding palm-aid to keep it in place. A notable Black example with ‘processed’ hair, though he wore more of a bouffant style, was Al Sharpton. Few Blacks wanted to have “bad hair“, because in the Black community you were talked about, belittled, besmirched.

Circa 80s introduced the Jeri-curl or S-curl. This added the larger curl, which more closely mimicked the hair Blacks wanted to have. Pursuit of “good hair” is one of the reasons for many of the interracial relationships of the time, and one of the reasons for Black men’s so-called fascination with White women.

The lips that have made famous Angelina Jolie were a trademark characteristic of Blacks. However for Blacks that feature was not considered endearing back in the day, as the Hollywood crowd might have us believe. Quite the contrary. Back in the day, if you wanted to really get a Black person upset, one might call him a “…big lipped, nappy-headed, Black as tar, big ass so and so“. This brings us to our “junk in the trunk“.

Yes, Blacks are known for our “junk”, aka ghetto booties. Not to get all “Jimmy the Greek” on you, but it is likely less genetic, and more to do with the type of work that we did many years ago. So again as flat-bottomed women everywhere are paying thousands of dollars to get surgical “junk”, genetic “junk” in the Black community was again be a focus of derision and ridicule in the past, particularly for women.

I’m happy to report that Blacks have shifted focus from our intra-racial differences, and in fact, thankfully Blacks are seeing the beauty of our people in all our splendor, be they so light, “…they make Michael Jackson look Black“, or so dark, “…they could leave fingerprints on charcoal“. That was for those of you who play the “dozens”.

So again, Blacks have finally evolved from this nonsense, and now embrace all our beautiful qualities, as we should. However with this evolution from body parts, there has been devolution to racism that is targeted at Blacks with differing political views. And the new racism is directed at Black Republicans.

Shhh…There are Blacks, shhh, who are Republicans…in secret. I know, because I have met them in the speak-easies, whispering quietly about their drug of choice…Republican politics.

So I know a “user” when I see one. And take heed folks, there are more Black Republicans than you think. Most are scared, truly scared to voice their views, particularly to other Blacks. And scared they should be, because the backlash can be disturbing. Because Black Democrats are racists against Black Republicans. Those racist Black Democrats are some silly Negros! Here is why I call them silly Negros…

Negros in the 60s were taught…better word, indoctrinated by Democrats to be racist against learned people, particularly learned Republicans, and they are most cruel against learned Black Republicans, practicing fratricide in that respect. If a young Black child grows up “talking proper“, and doesn’t learn his second language, ebonics, he is teased at the very least, and likely attacked by silly Negros. Silly Negros literally want to beat the intelligence out of our brightest Black kids. You will hear comments like, “…ah, he wona [want to] be white.” No silly Negro, “…he wona be intelligent“. I believe if Negros had a test for Republicanism at birth, no Black Republicans would get a chance at life. Lord Obama would certainly kill Republican Blacks, reminiscent of Ramses in Egypt killing the first born of the Jews!

Democrats love silly Negros! That’s the truth, the whole truth, and nothin’ but. Democrats need silly Negros, because silly Negros (read slowly) eat what you feed them. Silly Negros are content with the leftovers of the pig…you know, the “chitlin’s” and “pig’s feet”, while (read slowly) Massa eats the meat. You know they must have been starving to decide to eat pig gut?!! And pig skin?!! Well damnit, I want pork chops, not pork rinds!

So continuing with the metaphor, Black Republicans started killing their own pigs, and eating pork tenderloin and center-cut pork steak. “No pickled pigs feet for us!”, they protested. 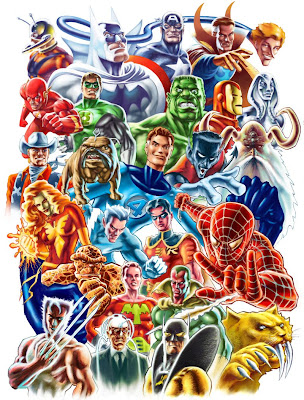 But while underground, Black Republicans trained like Navy Seals. Sleep deprivation (metaphorical references), debilitating wet and cold, pushing the log above our heads until our shoulders were on fire. We trained at the ocean, fighting the surf until waterboarding seems like bobbing for apples.

Not all Black Republicans made it. Some remained scared…silent, closeted, “moderate“. [See Colin Powell – Outed!]

The Black Republican knows why he enlisted. He knows there can be and will be casualties, but he is willi
ng to sacrifice for the greater good. So we are content to fight back. We speak for White America, saying what Whites wish they could say, because no matter what they say, as a non-Black person they appear racist.

The “Obama Black” is fueled by the duality of a White person’s plight…you know, “damned if you do, damned if you don’t“. They enjoy seeing them squirm. Whites say, “Janice, the printer needs a new Bla…I mean, African-American ink cartridge?”, as silly Negros snicker behind their backs!

So the Black Republican Legion of Superheroes, namely Black Intellect, Black Reason, and Black Logic, use our superpowers of intellect, reason and logic to challenge Democrats, wherever they may be. It’s difficult, but occasionally we can get one or two of them to mutter something intelligible and lucid, despite their feeble little minds.

Regardless, we pound them with ideas and concepts, notions and speculation, challenging them to think. We provide them with the facts of the Democrat’s racist, sexist, and “otherist” past. We inform them that the policies of the Democrats have destroyed and continue to destroy the Black community, the Black family. We challenge them to name one thing, just ONE, that Black voting overwhelmingly Democrat has gotten Blacks, except occasional visits by rich White men and women to Black churches during elections? “What was that little Who’?” I CAN’T HEAR YOU!

So fellow Republicans, rest assured that this small, but elite insurgent force of Black Republicans called The Black Republican League of Superheroes (we are working on shortening this) is on the job and ever vigilant. We have lasers on the targets, and just need F-22 Raptor air support.

In case you were wondering, over the past few years we have been able to marginalize two insurgent targets, namely Jesse Jackson and Al Sharpton. These attacks were part of Operation Afro. Both were recently targeted on the ground by our elite force, while Predator Drones fired missiles hitting both their intended targets, right in the wallet.

The operation was a complete success. Both targets have been relegated to meaningless cable shows that get about as much viewership as your kid’s YouTube musical. So progress has been made.

However we didn’t have enough G-2 on the upstart Obama, so frankly…we were caught off guard. Our White counter-intelligence (pun intended!), the Clintons let us down. Nevertheless we have our core team redirected from other lesser ops, like Tavis Smiley and Tom Joiner. We are learning Legalese and various Arabic dialects, so we can keep the pressure on Obama and his terrorist friends, and all silly Negros.

Kevin Jackson is an author of four books in sales and politics, as well being the author of The Black Sphere blog. He has been published in Africa News and Hoovers. Visit Kevin at http://theblacksphere.blogspot.com or email him at [email protected]
The Black Sphere online magazine is at www.openzine.com/theblacksphere, and you can catch Kevin on The Black Sphere radio show every Thurs 9P-11P Central (times subject to change) http://blogtalkradio.com/TheBlackSphere
Facebook Twitter
Kevin JacksonOctober 26, 2008
6 minutes read
Don’t Miss Out!