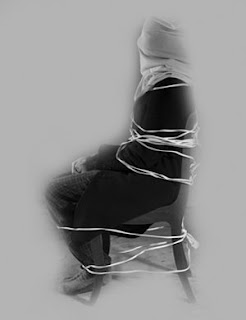 I was recently invited by my cousin, a Democrat, to attend a Black Democrat “post debate get-together.” As a known Republican in my family and the Black community where I live, they said they were interested in my point of view.

Being a political junkie, I was interested to get my fix. Yes politics is my drug of choice.

The event was advertised as “A Peaceful Discourse on the Subject of Politics – We welcome differing views.” I thought to myself, “…Yeah right, and streets named after MLK are the safest streets in America…NOT!” My grandmother didn’t raise no fool! Anything that you have to advertise as “peaceful” has the potential to be violent.

But I am not a punk, so I decided to go, as I felt the ideas they would espouse would be “experimental drugs” and would sate my need for the “hard stuff” — you know, the election, the potential to elect our first terrorist-sympathizer as president, and the people who support him.

As I prepared to go, I “shot up” on my facts, reviewing Unfounded Loyalty, by Dr. Wayne Perryman, a book that was a revelation on how Blacks have been shafted by Democrats for years. I reviewed Timelines of African American History, so I wouldn’t get the shakes during the event, and would be properly armed with information on Black Republicans throughout history.

I hid an extra hit, bringing the book 1001 Things Everyone Should Know About African American History. OK that was enough for me to share with other junkies, should I make a few converts and feel magnanimous. I was willing to share my “stuff”.

Into my cousin’s car I slid, concealing my ‘stash’, and wearing sunglasses to hide my dilated pupils and glazed over eyeballs. I wondered why we were taking his hoop-t, and not my Acura. But then again, I was in no condition to drive, Man.

Being a Democrat, he would hit me up for gas I figured, because Lord knows though we were only going seven miles, his “out of gas” light would come on. I anticipated that he would ask me for some money, as if our trip was the reason. This is a textbook Democrat ploy.

Sure enough, a minute later like clockwork there it was. I can’t say for sure, but I think he pushed concealed button to get the light to come on.

“Yo Cuz, spot me twenty, til I see you again? I need to get that petro.”, my cousin extorted.

We arrive, where I find other members of my family sitting there, teary eyed, with their letters, notepads and hankerchiefs. There is a guy I don’t know, who says to me, “Kevin, your family is here because they all love you,” as I glance around the room to see everyone nodding and trying to smile, behind the tears.

I was at a Black Republican intervention!!!

So my older sister is first to go, and she says to me, “…Kevin…I’ve watch you for the past 37 years, since you were eight years old, do this to yourself [pause, wipe tear] and I can’t take it anymore. If you insist on being a Black Republican, then I will have no choice but to continue to ask you for money, that I will never repay. And I will continue to show up unannounced at your home, and eat all your food, never bringing a dish. And I will ask you to watch my kids for a minute, only to stay away the entire day, regardless of your plans.”

She continued, “…But if you take this gift, and it’s a gift of love, that we are offering you today only…and go to ‘Rehab for Black Republicans’, [intentional run-on sentence, for you purist] and get the help you need, so you will no longer keep asking me for the money back, that you loaned me and instead consider it the gift that it needed to be, though I did ask for a loan, because you have the money, and it wasn’t like you would miss it anyway, and stop being ‘perturbed’ because I won’t stop to buy Cokes on the way to your house for dinner…anyway, take the gift!“, she implored, yes begged of me.

Next was my cousin, then an uncle, and an aunt…they were ruining my buzz, and I began shouting uncontrollably things like, “reparations, and…Jesse Jackson, and love child, Bill Clinton wears Al Sharpton wigs, US of KKKA, Oprah, socialism, raise my taxes, Madonna loves Bush…” [see if you pick up that double entendre!]

Then I began speaking in tongues, and with Turrets, saying repeatedly, “Mattel an’ Mimosa: Tepatated at Bird” [Translated: Michelle and Amarosa separated at birth]. Then somebody slapped me…

I went to rehab, and was walking the line for 32 days. But they found my copy of Black Puritan, Black Republican: The Life and Thought of Lemuel Haynes, 1753-1833 by John Saillant, and they kicked me out. I haven’t been clean since.

Kevin Jackson is an author of four books in sales and politics, as well being the author of The Black Sphere blog. He has been published in Africa News and Hoovers. Visit Kevin at http://theblacksphere.blogspot.com or email him at [email protected]
The Black Sphere online magazine is at www.openzine.com/theblacksphere, and you can catch Kevin on The Black Sphere radio show every Thurs 9P-11P Central (times subject to change) http://blogtalkradio.com/TheBlackSphere
Facebook Twitter
Kevin JacksonOctober 24, 2008
4 minutes read
Don’t Miss Out!