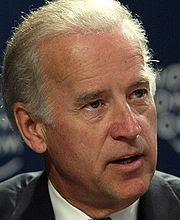 In an article the other day By AP Writer Nedra Pickler, Vice President-elect Joe Biden insisted he wants to be nothing like Dick Cheney. Biden has called Cheney “the most dangerous vice president we’ve had probably in American history” and said he couldn’t name a single good thing Cheney had done. Since The Black Sphere likes to confront Liberals with their own statements, I thought a comparison of these two men was par for the course.

It’s easier to start with Biden. I know, you are all smiling now, because you know why I chose “the path of least resistance“. Right! He has done essentially nothing. Now if you read Biden’s resume as they have posted in ObamaNation, well he has a record of achievement that rivals Lincoln or Reagan.

Now I have provided the link to ObamaNation, but I am parsing a few items directly from the site, so I can provide an analysis.

So that was a few of the “accomplishments” that Biden has given America. But what I found interesting in all of this is that Biden has essentially been working for the government his entire life. Here is what Wikipedia has under “Career Outside of Government” currently, in its entirety:

In 1981, Biden received an honorary degree from Saint Joseph’s University;[140] he also received an honorary degree from his alma mater, the University of Delaware, in 2004.[141] Since 1991, Biden has served as an adjunct professor at the Widener University School of Law, where he has taught a seminar on constitutional law.[142] Biden has typically co-taught the course with another professor, taking on at least half the course minutes and sometimes flying back from overseas to make one of the classes.[143][144]

Biden is an inductee of the Delaware Volunteer Firemen’s Association Hall of Fame,[145] and sits on the board of advisors of the Close Up Foundation.[146]

Now I know Wiki is not exactly de facto research, but this is where one can put dang near whatever you want to say “good” about a guy. Re-Read this drivel. “…served as an adjunct professor…has taught a seminar“. That cracked me up! He actually “has taught a seminar“! Wow, I guess for Liberals that’s quite an accomplishment. Then, they tell us that Honorary Professor Biden would fly back from overseas to make a class. Now that’s dedication!

Now if you were like me, your lips were aquiver as you learned that Joe is…(shout) an inductee into the Delaware Volunteer Firemen’s Association Hall of Fame. It just doesn’t get any bigger than that!

What a magical moment that must have been, and somehow I missed that. What could I possibly have been doing in my life that would have been more important than witnessing that? Oh, now I remember, I was clipping my dog’s nails with this new gadget that won’t hurt her. No, I think that was “poop scoop day” at the Jackson household. Yep, that was it. I knew it was something big for me to miss Joe’s big moment. Poop Scoop Day is important as my neighbor really doesn’t like “Rottweiler biscuit smell” permeating their outdoor retreat! So I had a good excuse.

Seriously, I bet you the people who wrote about Biden in Wikipedia couldn’t even keep straight faces! They had to be thinking, “…how can we possibly spin this crap?” Then one writer concluded, “It won’t matter, Dude. Only Liberals will read it, and they are easy to impress. Remember what we wrote for Clinton!” , as they burst out laughing, spewing pizza crumbs.

This man, like his new boss, has done nothing. He’s that guy that manages to keep a job at a company, because he has the inside dirt. While you bust your butt actually doing something, sweating every RIF (reduction in force), there’s a guy like Joe at every job, who is just skating. He has the pictures on the execs, and every time they threaten to let Old Joe go, he pulls out the pictures and reminds them that he has the negatives in a safe place.

You know what, I think I will just stop here, and cover Cheney’s record some other time, and allow you to marinate in all that Biden has done. For the time being you can draw your own conclusions about why Biden doesn’t want to be like Cheney.

Kevin Jackson is an author of four books in sales and politics, as well being the author of The Black Sphere blog. He has been published in Africa News and Hoovers. Visit Kevin at http://theblacksphere.blogspot.com or email him at [email protected]
The Black Sphere online magazine is at www.openzine.com/theblacksphere, and you can catch Kevin on The Black Sphere radio show every Thurs 9P-11P Central (times subject to change) http://blogtalkradio.com/TheBlackSphere
Facebook Twitter
Kevin JacksonNovember 15, 2008
6 minutes read
Don’t Miss Out!