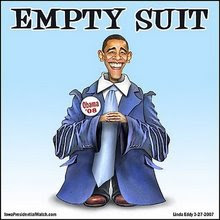 My rant today has to do with an article that I read about the Nation in Crisis. The article compared what Obama will face as president with what Lincoln and FDR faced.

First I’m pissed that they would mention Obama in the same sentence as any good Republican, particularly the one who freed the slaves! Now their comparing him to FDR, I believe to be appropriate, because FDR essentially reinstituted slavery in America, and is the father of American socialism. That’s right…I said it!

I know this is not what we were taught in “guvment” school, but you must remember who was doing the teaching. Yes, like you I was taught that FDR was the greatest president in the history of the world, with the TVA, the CCC, and the host of other programs he created…including social security and welfare, and we see how well those are working.

So you were bamboozled, but I will have to explain this later, as I want to focus on the notion that Obama is poised for greatness, in comparison to Lincoln. I “nose-milked” a good shirt reading that!

Unlike the Gettysburg Address, in Obama’s first speech as president-elect, Obama began mitigating his future failures, by level-setting on expectations:

“Our climb will be steep,” he said. “We may not get there in one year or even in one term.”

Wow! After read that, I can just see how everyone is so mesmerized with his eloquence! Let’ just say that based on that statement, he better be really clean, because there is little eloquence and articulation. All I read in this statement is him simply buying time. And you didn’t even know time was for sale!

Well due to the financial meltdown caused by Obama and cronies, he is the only person left who can afford to buy time! After all, he’s still got money left over from the campaign. So for his money, he sets a short-term goal of one year, and a mid-term goal of four years in which he will accomplish nothing, all while positioning for his re-election, the long-term goal. He hasn’t even taken office yet, and he is telling us why we will need him. I guess he was on the “two elections for one” plan, because he sure spent like it! Now you may not have read what I saw in his comment, but in Obamaspeak, he really is saying that over the next four years expect nothing. But as I explained in Bizarro World, nothing is good!

I find it interesting that he can’t commit to what he can accomplish within four years. We all know the answer…zip, nil, nada, nothing, zero! As for doing nothing, and thus accomplishing nothing, here are Obama’s minions’ rationalizations as well. Harold Holzer, who recently wrote the book “Lincoln President-Elect” comments,

“During the transition, Lincoln maintained what became known as an attitude of ‘masterly inactivity’…Lincoln didn’t want to do anything that would upset the South, lose him the support of abolitionists in the North or the northern Democrats whom he needed on his side if there was going to be a fight to save the union. He thought the best way to deal with it was to be silent.”

They want us to believe that Obama is circumspect, a thinker, Rodin in his approach to dealing with issues; that Obama is not quick to react, but tends to be more contemplative, so that he can come up with exactly the right answer to any problem. So Obama can piss on them and say it’s raining, but he doesn’t have me fooled. [Read this slowly] Obama doesn’t have a clue. We Blacks have a saying, “Don’t let the smooth taste fool you.”

Lincoln dealt with real issues, you know slavery, bro against bro. On top of this the country was threatening to split apart, and I mean that literally. Parts wanted to secede and form a new country. There was complete instability in the financial markets. The Confederate minted and printed its own money for goodness sake.

There is very little comparison to what Obama will inherit. He and his cronies created the economic situation, and Bush left him a safe America. He may try to blame Bush, because that’s easy to do. But it won’t be Bush’s fault. Misery will find a new owner in the ObamaNation, I predict.

I have seen the fear in Obama’s eyes, and Rush Limbaugh alluded to this fear in comments reporters made who traveled with Obama during the campaign. Their synopsis: The Messiah that Obama would like to exist is a figment. The idea of Obama being a “savior” that the media and others have created is a thought built on quicksand, not concrete. Duh!

For the first time in Obama’s “things are so easy for me, I think I’ll be Black” life, he won’t be able to vote “present“. People will not be dazzled by “activity“, but will want real results. And because Obama knows he will have to produce, he is scared people. Even a qualified person would be afraid with all this build up. But when you have no substance, like Obama, then you ‘dang skippy’ better be scared.

So now this 47-year old man-child is the rookie in the NFL. The game is much faster at this level, and substance must trump style if you want to get in the game week after week. People will tolerate a goofy president, as long as he is competent. But just “showing up and looking cute” won’t play too well. Unlike other roles where Obama forged his resume and could hide, there is nowhere to run to in this role.

Deb Riechmann of the AP writes,

“It’s early in the transition to draw many conclusions, but Obama’s style as a candidate and a legislator was to proceed in a measured, disciplined fashion.”

I repeat, “Don’t let the smooth taste fool you.” The smoothest guys in the Black community are pimps (as explained in Taxacious) and the best pimps were called Macks. Macks can sa
y what they want, because they’re just words. Obama promised not to use Washington insiders, yet he has a team full of them. Not exactly Lincolnesque.

Bruce Kuklick, professor of history at the University of Pennsylvania in Philadelphia said,

“Obama is an empty vessel into which the American people can be expected to pour their inexhaustible supply of hope — in just the same way that they did in 1932.”

Well I say that this is the closest anybody has come to describing Obama correctly, i.e. “an empty vessel“, though he meant it as a compliment. The American people are filling Obama’s vessel, however it is not with hope. They are filling it with “requests for funds“.

The article ends by telling us that for some of the Obama supporters their “jubilation was tempered by recognition of the enormity of the tasks Obama faces.”

Rachel Reclam of Olympia, Wash., an international affairs student at George Washington University informs, “He inspired people, but I’m not expecting miracles. The financial crisis, the war in Iraq, the health care crisis are not going to be over tomorrow.”

Obama’s “smooth taste” may dazzle ObamaNation. But I speak for the rest of us in saying, “Mr. Obama, you’re no Abe Lincoln.”

Kevin Jackson is an author of four books in sales and politics, as well being the author of The Black Sphere blog. He has been published in Africa News and Hoovers. Visit Kevin at http://theblacksphere.blogspot.com or email him at [email protected]
The Black Sphere online magazine is at www.openzine.com/theblacksphere, and you can catch Kevin on The Black Sphere radio show every Thurs 9P-11P Central (times subject to change) http://blogtalkradio.com/TheBlackSphere
Facebook Twitter
Kevin JacksonNovember 10, 2008
5 minutes read
Don’t Miss Out!