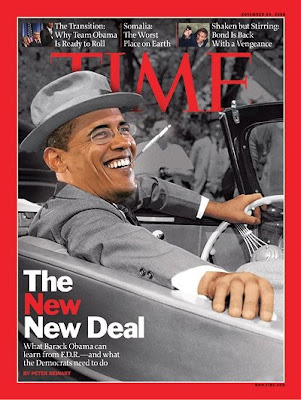 Obama the Creator says he will create 2.5M new jobs by 2011. I don’t know about you, but I got “all tingly down my leg“, when I heard the news. As The Black Sphere always does, we will enlighten you on Obamaspeak, so you are in the know, and not snowed by what the mainstream media will try to force-feed you.

The first thing to question in this job creation is “Where”? Korea, Thailand, China? Believe me when I tell you that you must think like a lawyer, when listening to ObamaSpeak.

Next, the Obama Web site on Saturday said his plan will “save or create” 2.5 million jobs, which Obama spokesman Robert Gibbs took a slightly more firm stance later Saturday saying that the plan “will save and create” the 2.5 million jobs. So my next questions are how many job will be saved, and how many will be created? There is not a whole lot of proof that one can present for “saving” jobs, as that is somewhat nebulous in my opinion. For all intents and purposes, any job not lost is saved. What I am saying folks is Obama put in a “back door” in the software code. I bet he will later take credit for saving more than 2.5M jobs, with the support of the media.

One way Obama plans on “saving” jobs is he and his henchmen, Pelosi and Reid plan on hijacking the auto industry. With this takeover they will take claim for saving over a million jobs, with our tax money. The Black Sphere broke the story that the auto industry bailout was simply the Democrat’s ploy to protect the unions. No smart investor would consider bailing out the auto industry. But the Fed will. And we all know how great the government is at running things efficiently…and for profit. Liberals like to reward failure by throwing money at it.

You see, somebody has to take care of “crackhead” Liberal companies. Liberal companies? Those who don’t see innovation as the way to profit, and continue inane policies, with the expectation that it’s ok to lose money on a product, as long as you make it up in volume!

So Pelosi essentially said, [paraphrase] “We will make them dance, before we show them the money!” Sounds like good collateral to me. How about every American getting a Navigator, as part of this plan, as this could be the “mule” Blacks were promised. Next, our 40 acres! I digress…

Regardless of the number of “saved” jobs, which I argue will be zero, zil, nada, I want to focus on the so-called “created” jobs. I contend that they missed an adjective… government. Since Obama has not had an original idea his entire life, he will try to walk in the footsteps of another socialist Democrat, namely FDR.

Now in ‘guvment’ school, they teach that FDR was the savior of America during The Depression. And today Obama is being compared to him by the media? Fitting comparison, as you will learn. You see, those same schools have taught us that Democrats are responsible for the Civil Rights movement…another fallacy. So the idea that they got the FDR story wrong is no surprise. So I will set the record straight. 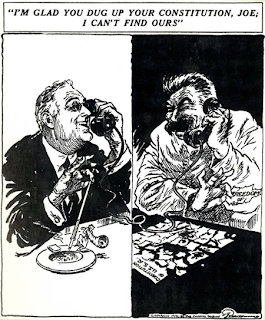 FDR did not save America, WWII did. And further research has been uncovered that FDR’s policies actually prolonged the depression. Like Emanuel has said about Obama’s plan, they will “take advantage of any calamity”, which is essentially what FDR did to introduce socialism to America, policies that I believe are in danger of bankrupting America.

“Two UCLA economists say they have figured out why the Great Depression dragged on for almost 15 years, and they blame a suspect previously thought to be beyond reproach: President Franklin D. Roosevelt.

“Why the Great Depression lasted so long has always been a great mystery, and because we never really knew the reason, we have always worried whether we would have another 10- to 15-year economic slump,” said Ohanian, vice chair of UCLA’s Department of Economics. “We found that a relapse isn’t likely unless lawmakers gum up a recovery with ill-conceived stimulus policies.””

Reminiscent of the Raw Deal…excuse me, the New Deal policies, Obama said,

“We’ll put people back to work rebuilding our crumbling roads and bridges, modernizing schools that are failing our children, and building wind farms and solar panels,”

And, president-elect Obama reminded us that,

“There are no quick or easy fixes to this crisis, which has been many years in the making, and it’s likely to get worse before it gets better.”

Don’t you just love Obama’s “out” clauses? “…and it’s likely to get worse before it gets better.” You can bet that it will, Barry. That is what happens when you put unqualified, power-hungry African dictators in positions of power. Just look at the history of Obama’s continent, Africa, and how countries have done in a regime change.

The wrap. Obama has never created ONE job in his entire life, yet he wants to convince us that all is well, now that he is in charge. When the bulk of your adult life has been spent working for the government, I don’t put a lot of stock in his ability to create anything except hot air. There went my tingly feeling.