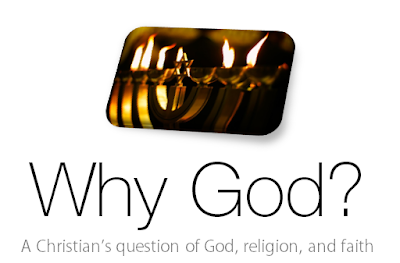 What I find about debating religion with so-called intellectuals, otherwise known the faithless is they will attempt to dazzle you with their subject-matter expertise. If they are evolutionists, they tend to be very well-versed in evolution, and can play the “you’re an idiot” game better than we.

I am an engineer, with my private education coming from Southern Methodist University. So my subject-matter expertise doesn’t necessarily apply when it comes to discussing religion or evolution. Thus, I might potentially lose the intellectual battle on evolution, if I leave the discussion in such a small field of view when debating an expert in just evolution, for example. However, with an expanded discussion, I believe I have a very good chance of making my point on belief in God. So let’s approach our discussion on God from a different perspective.

All people believe in an “after life”. Certain religious people believe in an “after life” that involves either heaven or hell. And how one gets to either place is controlled by some higher power, which of course the evangelical belief is God. Others say that you are reincarnated, while some say you can persist in purgatory. Finally, the faithless believe in simply death. You die, that’s it. So in consideration of an “after life”, there must at least be a “during life”. I am confident that we all agree on this, because if you are reading these words, you are indeed in your “during life”.

So if there is a “during life”, then it is certainly conceivable, and I think most people would agree that logically there was a “before life” for us all. Where that begins is debatable to most, though most Christ-followers certainly know–as do the abortionists who claim not to. My fight is not with abortionists right now. I am merely trying to establish that there was a period in your evolution, where you had no control of your life.

That said, I’d like to ask you a question. “Do you recall your experience(s) in vitro?” For those who may be confused by my question, I will ask it in a different way. “Do you have any memories of your time in your mother’s womb?”

As for me, I have tried my hardest to remember anything; kicking, complaining about her diet, or how she was lying in bed. I imagine I felt very cramped, and possibly even suffered some trauma (some would argue that I definitely did), however I cannot recall one single incident in vitro. And I certainly didn’t realize that I was going to be born into a new life eventually.

Living inside a water-filled capsule, must be similar to how it would feel to live in the depths of the ocean, that is if I was inside a submersible, and attached to an umbilical cord. In vitro the world is constantly dark, but not completely absent of sensory perception.

There are many dangers, mostly unknown to you, though I would be guessing, since I don’t recall. Scientists say that you feed through a magnificent life-giving tube, eating whatever nourishment happens your way. And like most organisms, you grow to multiple times your body weight and size, until you reach maturity, or at least maturity for the “before life” stage.
When you consider that, give or take a few weeks, we all have the same finite experience, that nine months is our complete “before life” time period. At the end of that roughly nine month gestation, we all reach maturity in that world, whereby we are ready to emerge, transcend into something new–into a new world.

And I would argue successfully, that of the billions of people who have been born, you can’t find a single person who remembers any of their in vitro experiences, or who had a different one than what I described. There is no argument that some “higher power” controlled your destiny during your “before life” stage. This brings us to the “during life” stage.

So we emerge from this roughly nine month “before life” stage, which I argue is a lifetime all in itself. Think of how many of us don’t make it. There were many factors which could have disrupted that life cycle, known or unknown, yet each of us reading this text managed to battle our way through it and enter our “during stage” or the life that is happening right now, as you read my words.

So the “during stage” is interesting, because we gain awareness, though not total awareness. We gain the ability to recall our lives as we age, but we cannot recall all the details, usually just the most important or the most traumatic. This differs from our “before stage”, where we had absolutely no recollection. So we can say that we are given partial awareness in this stage.

The fact that we have yet another roughly defined time of 70 years, give or take a few years, I find fascinating. It certainly is logical and shows “order”. Consider that in our “before life” stage, you don’t hear of people taking two years to emerge. Perhaps they go a few weeks shorter or longer, but that’s about it, before they absolutely must emerge into the “during life”.

Another parallel in these two stages is the dangers we face, the main difference being that in the “before life” stage, we rely upon a higher power, i.e. our mothers to deal with the perils, and “during life” we face our own dangers. So essentially in the “during life” stage, we must learn to face dangers more ourselves, relying less on our mothers. Some of us transition to a new higher power, that being God, Yahweh, Allah…”The Big Kahuna!”

So I equate the “during life” stage as the equivalent of a 70-year pregnancy, and at death, we experience a rebirth. Now the true Christ-follower prepares, or is reborn in Christ in preparation for his final rebirth. Thus, when he dies, he is born into God’s promise for the next stage. Christians wants the heaven part of the rebirth and not the hellish one, by the way.

For Christ-followers, the “after life” is an eternity in heaven. So when you consider that in our “before life”, nine months is an eternity, in our “during life” 70 years is a perce
ived eternity, then it may just be plausible [if you have faith in God] that there is one more stage that will last a 1000 years? Who knows? I did mention that non-believers will have a far different fate.

The faithless question why would a God who is supposed to be so good, promise His people an eternity in hell? My answer is simple.

In our first birth, we are born to circumstance. We cannot choose our parents or the life that they will provide. However at some point in our “during live” stage, we are presented with choices. The faithful believe in the mantra of “walk by faith, not by sight“, while the faithless believe this mantra to be a sign of ignorance. How can you believe in the unseen, the unknown?

You came into this world with no knowledge of this world, so what makes you believe that there isn’t another life that we are to enter into, in which you have no knowledge? And by the way, I have never seen all the vastness of space, however I have faith that it’s there.

Kevin Jackson is an author of four books in sales and politics, as well being the author of The Black Sphere blog. He has been published in Africa News and Hoovers. Visit Kevin at http://theblacksphere.blogspot.com or email him at [email protected]
The Black Sphere online magazine is at www.openzine.com/theblacksphere, and you can catch Kevin on The Black Sphere radio show every Thurs 9P-11P Central (times subject to change) http://blogtalkradio.com/TheBlackSphere
Facebook Twitter
Kevin JacksonNovember 13, 2008
6 minutes read