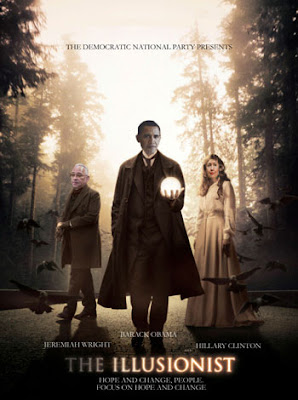 Barack Obama and The Art of Illusion

I attended a concert last night, and they actually had pictures of Obama on the large screen.

As they appeared, the audience screamed in delight.

I thought to myself, “Never has somebody done so little, but been perceived to have accomplished so much“. Perception can be a powerful illusion.

I am a fan of magic, and watch a show called “Mindfreak”. The show is about the illusions of Criss Angel, and I must say that he is an extraordinary magician. So much so in fact that I have accused him of being possessed by the devil…joking of course.

What I enjoy most about Criss Angel is his ability to alter my perspective on reality. His illusions cause me to think differently. As is the duality of life, I have also hated not knowing how he performed these illusions, leaving me “mindfreaked”.

Left to my own devices, I may never have figured out how these illusions were performed. I would have likely just continued to pseudo believe in my altered reality, never really knowing perception from reality. Then along comes the Masked Magician.

The Masked Magician is every magician’s nightmare because on his show he exposes the tricks that magician’s use to perform illusions. And though there is still art in performing the “trompe l’oeil“, the Masked Magician restores reality for the viewer. He shows you that you are not as dumb as you think, and that magicians are just very clever people, playing with your mind.

Once the Masked Magician reveals how an illusion is performed, you can actually feel your mind expand.

After watching one episode of Magic’s Biggest Secrets Finally Revealed, you may never look at illusions the same. And that goes for Obama’s political illusions as well. 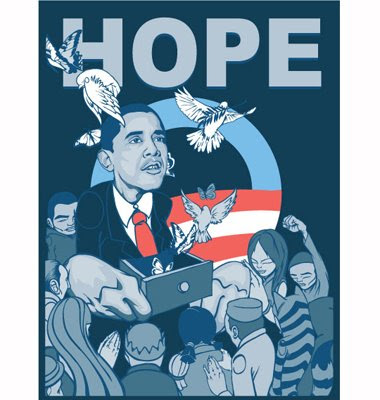 Obama has enjoyed performing illusions on the political scene for quite some time, but he finally “got his own show” in the last two years. You don’t become a master political illusionist and get your own show unless you have invested quite a lot of time in your craft.

Take for example Obama’s record. It is a total illusion. As I and others have documented, there are no accomplishments. Just “ok” speeches from time to time. However, with a slight tweak here and there, a ‘community organizer’ can become a civic leader. Slow, deliberate speech that says nothing, can be perceived as having enormous substance and impact. A record of accomplishing nothing can be perceived as the ability to accomplish anything.

Let’s examine a few more illusions that The Great ObamaCon performed while running for president:

And after the election, Obama added to his act with such illusions as:

You can catch Obama’s act in your town soon. But know that The Black Sphere and others are out there exposing his act.