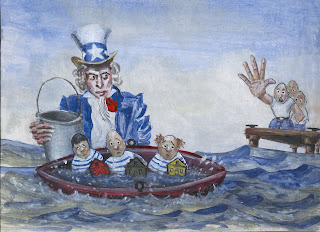 The Black Sphere learned today that GM will sell its stake in Suzuki for $230M. I equate this to you and me having to take the little “crotch rocket” to the pawn shop, so that we can make the mortgage payment. For GM, $230M is “chump change”, and they are still hopeful for ‘Uncle Sugar’ to “help a brotha out“!

The auto industry, like most American households has run ‘fat, dumb, and happy’, as the saying goes. The idea that somehow, “we will make it through” is the prevailing thought, despite the fact that there is more “outgo” than “income”. I mean, how many quarters of losing billions of dollars does one need to have before tightening the belt?

When I was in college my freshman year, I lived off-campus and my rent was almost half my “take home” pay. I was willing to incur the expense, because I had my own “pad”. So occasionally I would get behind on my bills a few of hundred dollars.

When that happened, I would call my big brother, explain my problem, and he would spot me the “pocket change” (for him) until my next paycheck. This “deficit spending” would occur 2-3 times during my Frosh year. Big bro was my backup plan, my line of credit, my bank, and thankfully he was always there to “bail me out” on these rare occasions.

By the time I was a senior I was interning in my “real job”, and no longer working for $6.83 an hour, but making an “annual salary” of around $36K. My bills had grown accordingly. I won’t take you through the play-by-play, just suffice it to say that I continued my “deficit spending”, just on a larger scale, now needing the occasional $2000 or more to get by. The frequency of my bailouts increased, as did my time for repayment.

So one day, I was summoned by my “bank”, whereby he sat me down, and told me, and I quote: “I am not here for your indulgence.” He further explained that he had his own obligations which superseded mine, and thus he was cutting my credit line.

Was he no longer “his brother’s keeper”? I know he wouldn’t let me starve, but the days of Steak and Ale had ended, and it was back to Whataburger for me. I had survived in “deficit spending” for over four years, but the gravy-train had left the station for the last time.

I had entered the real world. And thanks to that real world lesson, I learned relatively young that there will not always be a big brother to help you out. Thus you must be prepared for the rough patches, and they have occurred in my life and will continue to, I am sure.

So I say to the Financial Industry, the Auto Industry, and all the state governments, Big Brother is not here for your indulgence. Get your ‘fat, dumb, and happy’ houses in order!

Kevin Jackson is an author of four books in sales and politics, as well being the author of The Black Sphere blog. He has been published in Africa News and Hoovers. Visit Kevin at http://theblacksphere.blogspot.com or email him at [email protected]
The Black Sphere online magazine is at www.openzine.com/theblacksphere, and you can catch Kevin on The Black Sphere radio show every Thurs 9P-11P Central (times subject to change) http://blogtalkradio.com/TheBlackSphere
Facebook Twitter
Kevin JacksonNovember 17, 2008
2 minutes read
Don’t Miss Out!