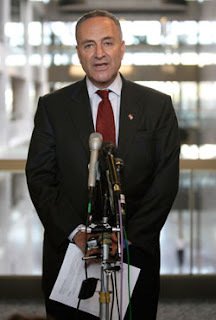 So right now the Democrats are stealing the last unresolved Senate election, which is in Minnesota. So the focus is on Al Franken. Yes, Al Franken the comedian-turned-liberal activist, also the man who gave the world Stuart Smalley, an SNL self-help guru. The irony of Franken’s character on SNL is he was really no help at all. “Art imitating life”, don’t you think. Oh and before I forget, Franken was the host of a failed liberal talk show, the airways these days being littered with them…failed liberal talks shows that is.

But those aren’t the only failures in the liberal media world. Back in October of this year, the S&P slashed the NY Times rating to “junk“. Tell us something we didn’t know. But the NY Times is not alone in its junk label, as other mainstream media companies are suffering a similar fate, and it’s only going to get worse. The irony is it will be self-inflicted.

They are convinced that if people are forced to hear the Liberal message, they will convert, despite the “trail of Liberal talk show host bones” I mentioned earlier. I want to drive this point home, so forgive me. But what we have here is documented failure for Liberal talk shows, and the Democrats want to force radio stations to provide equal time. That’s like saying to Lexus, you MUST offer a Gremlin in your luxury car line, because we aren’t selling enough Gremlins. No where else but Bizarro World, aka “the mind of a Liberal”. Oh, and the idea of Whoopi Goldberg being a Gremlin, well think about it?!

Radio stations run shows like Rush Limbaugh, Sean Hannity, Laura Ingraham, and so on, because those shows draw huge audiences. They don’t run shows like Al Franken, Whoopi Goldberg, and that ilk, because they can’t even get family to listen to their shows. It’s really that simple, supply and demand.

If you had a very popular liberal who could draw an audience of 20 million listeners, there is not a radio station in the country that wouldn’t syndicate the show. The problem is the liberal message is weak (and that’s being nice!), thus nobody is listening…unless forced.

So what has “going Liberal” gotten the mainstream media? The lowest rated TV shows on cable and newspapers that should be in triage…”We have a bleeder!” And like I said earlier, it won’t get any better for them. However, there is a safety net for Conservative talk shows: The internet.

All of the radio shows are streaming audio of their shows via the internet. Now the Liberals will try, but they will never control the world-wide web. Perhaps the biggest irony is the “inventor of the internet” is another Al. So we may have two “Als” to thank!

Kevin Jackson is an author of four books in sales and politics, as well being the author of The Black Sphere blog. He has been published in Africa News and Hoovers. Visit Kevin at http://theblacksphere.blogspot.com or email him at [email protected]
The Black Sphere online magazine is at www.openzine.com/theblacksphere, and you can catch Kevin on The Black Sphere radio show every Thurs 9P-11P Central (times subject to change) http://blogtalkradio.com/TheBlackSphere
Facebook Twitter
Kevin JacksonNovember 14, 2008
3 minutes read
Don’t Miss Out!