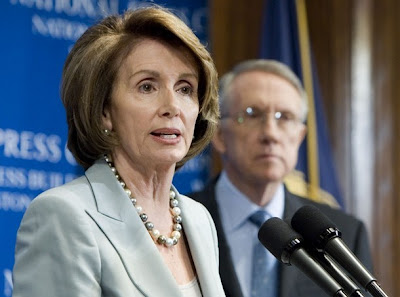 Yesterday the Democrats pushed hard for extending the bailout to automakers. Personally I am against all bailouts, as I believe the markets will self-correct. There were many companies who were doing quite well during this financial crisis, and the bailout was an over-reaction on everyone’s part. Worse, I think the bailout was a huge step toward socialism. And now the Democrats want to deepen the government’s hand in America’s pockets, I mean…institutions. New potential victim? The auto industry.

The lure is that the taxpayer will be investors in the automakers. Yippee, I can now take my money from a good performing stock, and put it in a “government business“, particularly given the government’s track record for performance. Let’s peek at the government’s mutual fund portfolio, shall we?

Let me see, I think I will allocate my government investment portfolio as follows:
OK, I’m good! And you think your Wall Street portfolio is bad?! Investing with the government is like asking the mafia for protection. They use up all your credit, then torch your business. You are left watching the fire in your bathrobe and underwear.
So Mafioso capos Pelosi and Reid tell us that whatever profits the automakers make will come back to the American people. And believe it or not there wasn’t a hint of a snicker, not that you would notice on Pelosi’s botox-enhance visage. So they expect us to believe that we will be getting money back! I’m still waiting on the government to roll back the gas taxes that they promised twenty years ago. Anybody even remember that? Folks, the government is tighter than a gnat’s butt stretched over a liquor barrel.
Now for the autoworkers to receive (pronounced “re-ceeeve) funding, the government will “make ’em an offer they can’t refuse“. So the automakers must agree to build the cars that the government decides they should build. I find this scary. I am a fan of the military (though my portfolio above doesn’t reflect it), but I know the waste that is in that organization, and that’s the only government-run institution that I like. I remember the Bradley Fighting Vehicle, recall “the tank that could swim”…but it sank! I just don’t think I want to drive US government cars. And aren’t we driving government cars anyway, I mean both the Jeep and the Hummer were developed for the military, and are now available to us. Personally I prefer less “boxy” cars, like the Lexus. I digress… 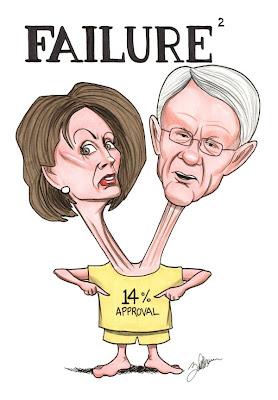 So what is the real reason behind this attempted socialist coup of the auto industry? Union votes. You see, the auto industry’s “chickens have come home to roost“. The exorbitant union wages and benefits are killing the industry. So let’s add the bureaucracy of the Fed to the auto industry! Yep, that will save them! Anybody who believes that the government can turn any company around, well I’d like to talk to you about some investment property in New Orleans…it has its own lake!
So again, this move is the Democrats attempt to preserve union votes, by preserving union jobs. If the Democrats get their way, the next step will be to require Americans to buy these new Pacers and Gremlins. This is part of Pelosi’s and Reid’s program to “earn money in their spare time…blackmail the American people“. So yes, they will pass laws taxing heavily the purchase and/or ownership of foreign cars, and provide “incentives” to buy two-seater, space pods, with squirrel-cage motors. And yes there will be pedals, in case you want to go even more “green”!
Forget that Europe is moving away from socialism, they are also moving away from the small, dangerous fuel-efficient cars. And in fact the best markets for American vehicles are Europe and Japan. These countries like American cars because they don’t have the restrictions that their vehicles have. They like the performance and the safety of our cars.
So don’t be fooled that this bailout of the auto industry is for all Americans. It is not. It is strictly politics, and it is for unions, and the Democrat’s approval ratings, pure and simple. The auto industry is one of the last bastions of the union stronghold. Losing the union would be a huge problem for the Democrats, as it would validate what we already know. Unions kill companies. They are inefficient for the most part. Further, they strong-arm management and employees. And as the saying goes, “Mediocrity thrives on standardization“, and Unions are a way for the mediocre to skate.
Are all unions bad, no. And believe it or not, I am not anti-union. I just feel that most are no longer needed, and I look at companies from an investor’s point of view. If you don’t believe me that Unions are company killers, just look at highly unionized companies and see how they perform over time. The only ones who survive and thrive are in businesses that are propped up by the government, like Defense industry businesses. However for those who try to compete in the free market, the union will kill it over time. The soon-to-be socialist auto industry is a shining example. I guess reality is the only obstacle to happiness?
That’s my rant!