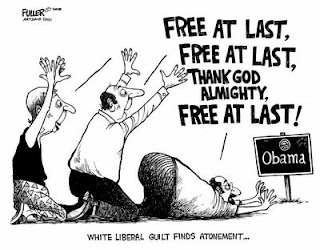 As most of you likely know, against his better judgment McCain went on The View, which should really be titled “The Ignorant View of a Bunch of Ugly Women – Except Elizabeth Hasselbeck“. While on “The Ignorant View“, McCain commented something to the effect that, [paraphrase] “…I want judges on the bench who do not mess with the Constitution…”, meaning that he doesn’t want judges who disregard the Constitution, and thus legislate from the bench. Now McCain’s mistake was attempting to provide a serious, well-thought-out answer to a bunch of Liberal ignoramuses, except Elizabeth Hasselbeck.

During McCain’s response, Whoopi Goldberg could hardly contain herself. She had the perfect question. So as McCain pontificated, Goldberg was literally squirming in her seat like a first-grader who needed to “go pee pee“. She finally interrupted, saying something to the effect, “…So what? You want me to go back to being a slave?”

She had gotten McCain, because after all it is the Republicans who have oppressed Blacks all these years, right? All together now, “NOT!”

This was an “Oh my God“, game-changing sound-bite opportunity, that unfortunately McCain missed. How could he miss this opportunity to teach, and put Whoopi back in her cage? I know. Teaching Whoopi would be like trying to teach a gorilla Shakespeare!

So I thought to myself, perhaps McCain, like most Americans is not armed with proper knowledge…history! With the proper historical ammunition, McCain would not have been caught off guard, and he wouldn’t have performed the mea culpa to Goldberg, as he ultimately did in view of all of America’s NOW generation.

So what should McCain have said to Whoopi? Since you asked, I will tell you verbatim what McCain should have said.

“Whoopi, you obviously are not a student of history, as it was the Republican Party who freed your sorry Black ass from slavery!”

How about that for a sound bite?! And it would have been step one in McCain’s education of America on the Republican Party and on Black history for that matter.

Now admittedly, perhaps McCain should not say, “…freed your sorry Black ass“. However, he could have said something like, “…freed Black people“.

You get my point. But, McCain missed his moment, and what I believe could have been an election-saving moment.

So this got me thinking, that if a Republican presidential candidate doesn’t even know enough about history to tell Whoopi Goldberg that her “reality check bounced“, then my white brethren and sisteren likely are not properly armed either? Thankfully, you have The League of Black Republican Superheroes!

My treatise is, if I held a gun to the head of the average American, and asked him to name ten Blacks of significance, pre-1950, you know I would have to shoot 99.9999% of them.

Don’t believe me? Then try it!…The squeamish should turn away right now.

So what is the significance of this short history lesson?

To arm you against those who would call you racist because you are a proud Republican. With the knowledge you will gain today, you can debate any Hypocrat, and thus “flip the script” or turn racism back on them. You will be able to prove to them that it is they who are either racists or stupid…or both.

So here are three of the most powerful bullets in your gun, yes I love you gun-toting NRA-loving Republicans. You are my people, which is why I scribe! 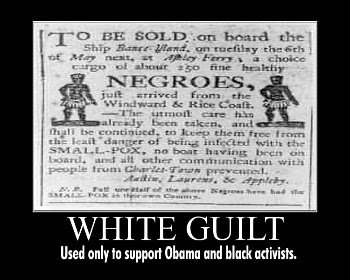 So let’s delve briefly into the history of Civil Rights.

The first civil rights laws were passed right after slavery, and were the first legislative attempts to assure African Americans an equal political and legal status. Those acts were the Civil Rights Acts of 1866, 1870, 1871, and 1875, all Republican-sponsored legislation.

I promise not to belabor these in great detail, except to explain what they covered. Remember, you need this information to battle White “meddlers” and elitists, as well as “silly Negros”. I have underlined some “code”, so that you see where the Democrats fit in all of this.

1866 – A law passed by the Republican-dominated Congress on April 9, 1866, during Reconstruction to protect the rights of freed slaves and to guarantee equal rights to blacks. It was passed “…over a March 27 veto by President Andrew Johnson, a Democrat.” The 1866 act was of dubious constitutionality and was reenacted in 1870, only after the passage of the Fourteenth Amendment.

1871 – In March 1871, President Ulysses S. Grant, a Republican requested from Congress legislation that would address the problem of KKK violence, which had grown steadily since the group’s formation in 1866. Congress responded on April 20, 1871, with the passage of the Ku Klux Klan Act, originally introduced as a bill to enforce the provisions of the Fourteenth Amendment and for other purposes. So what was this act meant to do? The Civil Rights Act of 1871 made it a crime to deny any citizen equal protection under the law by means of “force, intimidation or threat.”

1875 – The act of 1875 further guaranteed blacks the right to use public accommodations, but this legislation was declared unconstitutional by the Supreme Court in 1883. Well guess what the makeup of the Supreme Court was in 1883? That is indeed a rhetorical question, but I will answer it, in case I have a Democrat, excuse my Hypocrat reading my blog. The Supreme Court of 1883 was made up of Democrats, yes racists!

1957 – The Civil Rights Act of 1957 was introduced during the presidency of Dwight Eisenhower, a Republican. This act is credited with kick-starting the civil rights legislative program that was to include the 1964 Civil Rights Act and the 1965 Voting Rights Act. Eisenhower was able to get 1957 Civil Rights Act passed, though cynics would say that “…this was simply to win the ‘Black Vote’“. In 1957 roughly 20% of blacks were even registered to vote, so it was essentially irrelevant, given the numbers that actually voted.

Now there is really no need to go further, except to explain that Eisenhower’s civil rights program was the runway for all civil rights legislation to launch. And LBJ’s signing of The 1964 Civil Rights Act was purely symbolic, and based on the vision and previous work of Eisenhower.

But enough about us! Let’s talk about the hypocrites.

Needless to say, I have proven my point that these people wanted to keep Blacks in slavery and still succeed to this day. But they also tried sneaky tactics along the way to minimize Blacks, like the 3/5th compromise and Poll Taxes (see below).

And Leftist hypocrites not only tried to stop Blacks from voting, but also from enjoying the same way of life that the Constitution and the Bill of Rights established. The Democrats created things like Jim Crow Laws and Black Codes (see below), all legislation undone by Republicans.

So in short, when confronted by hypocrats or silly Negros, you should now have enough of a historical backdrop to “flip the script”.

1: 3/5th Compromise – I won’t give you a bunch of historical goblet-goop. Suffice it to say that the Democrats, which were mainly the Southern states wanted their cakes and to eat it too. They didn’t want to recognize their slaves as humans. However they wanted them counted for census purposes, thus giving them more representation in Congress. The Northern states, in an effort to thwart slavery and bestow full rights to slaves, proposed legislation that would not allow the Hypocrats to count slaves, unless slaves were given rights. The “compromise” was the 3/5th Compromise, which bestowed upon Blacks, 3/5th rights. So essentially Republicans got Blacks some representation.

2: Poll Taxes – A poll tax, in the sense of a discrimination tax which was a pre-condition of the exercise of the right to vote, emerged in some US states in the late 19th century. After the right to vote was extended to all races by the enactment of the Fifteenth Amendment, many Southern states, code words for Democrats, enacted poll tax laws which often included a grandfather clause that allowed any adult male whose father or grandfather had voted in a specific year prior to the abolition of slavery to vote without paying the tax. These laws achieved the desired effect of disfranchising African-American and Native American voters as well as poor whites who immigrated after the year specified.

3: Jim Crow Laws – The Jim Crow laws were state and local laws enacted between 1876 and 1965. They mandated de jure segregation in all public facilities, with a “separate but equal” status for black Americans and members of other non-white racial groups. Some examples of Jim Crow laws are the segregation of public schools, public places and public transportation, and the segregation of restrooms and restaurants for whites and blacks. [http://en.wikipedia.org/wiki/Jim_crow_laws]

4: Black Codes – The Black Codes were laws passed on the state and local level mainly in the rural Southern states in the United States to limit the civil rights and civil liberties of African Americans. While some northern states also passed legislation discriminating against African Americans before the Civil War, the term Black Codes is most commonly associated with legislation passed by Southern states after the Civil War in an attempt to control the labor, movements and activities of African Americans. There were signs posted in towns to keep blacks from integrating with the whites. These signs read “if black, stay black!” [http://en.wikipedia.org/wiki/Black_Codes_in_the_USA]