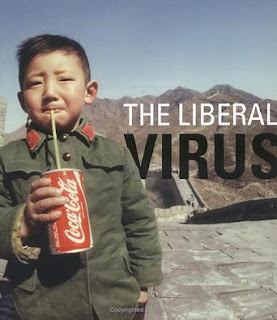 Even the Communist recognize when they must quickly combat the virus called liberalism that could destroy their culture. Taking steps to eradicate the disease, in this case the internet-borne version, China has banned the NY Times Online. Apparently they were less concerned about the print version of the NY Times, as nobody reads that anyway.

According to this article in Fox News:

“China has the most online users in the world with more than 250 million, but it has also put in place a sophisticated system to police Web sites for sensitive material and routinely blocks sites that support Tibetan independence or the region’s spiritual leader, the Dalai Lama.”

A Chinese authority who asked to remain anonymous, said to me:

“…it was not the NY Times‘s support of the Dalai Lama that got them banned, but the fact that the NY Times just plain sucks, be it in print or online.”

Ok, so the “anonymous Chinese authority” is my friend Ming. However, before you try to roast my chestnuts, consider that Ming is as reliable a source as the NY Times would use, actually more reliable. The NY Times likely would have gotten a Burmese, a Taiwanese, or an American-born Chinese person for their source. Ming really is a mainland Chinese expatriate, so he is authentic Chinese, i.e. no fricking MSG.

Also, I am certainly as much of a journalist as any of the so-called journalist with the NY Times. So as editor-in-chief of The Black Sphere, I choose to run with this story, and my friend Ming’s comments.

So the NY Times lost 250 million internet-savvy Chinese, which means they will have to replace some serious “hits” in order to get paid by Google.

I am curious as to what other countries the NY Times can invade by internet in order to replace 250 million internet-savvy, mega-surfing Chinese? Considering that their print division is in dire financial straits, it is Google who is likely keeping this rag afloat. The only savior to the NY Times Online would be a group as large as the Chinese. Perhaps the Muslims?

Could a merger with the Muslim equivalent of the NY Times, namely Al Jazeera be in the works? If they did merge with Al Jazeera, at least they could drop the pretense of being pro-American.

I applaud the Chinese for stopping the NY Times virus in its tracks, likely working with Norton or some other anti-virus software company. I say to the Chinese to stay vigilante, less you end up with an even trickier version of communism, NY Times-style. Watch out for alias URLs and other liberal trickeration, because once in, liberalism can be a difficult virus to get rid of.

Kevin Jackson is an author of four books in sales and politics, as well being the author of The Black Sphere blog. He has been published in Africa News and Hoovers. Visit Kevin at http://theblacksphere.blogspot.com or email him at [email protected]
The Black Sphere online magazine is at www.openzine.com/theblacksphere, and you can catch Kevin on The Black Sphere radio show every Thurs 9P-11P Central (times subject to change) http://blogtalkradio.com/TheBlackSphere
Facebook Twitter
Kevin JacksonDecember 29, 2008
2 minutes read
Don’t Miss Out!