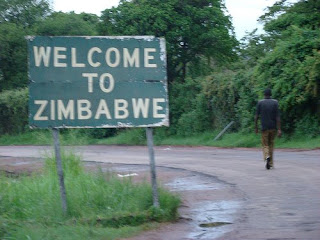 Hey Congress, Zimbabwe is looking for a bailout, and according to your standards, they make a great investment. There are similarities, and thus a valid reason for Congress to consider the investment.

First, like America, they have an African leader.  And second their country is facing a financial crisis, as well. Oh, if they only had an auto industry to bail out?

So in case you need an idea of where America is headed with a Democrat-controlled government, Zimbabwe is your answer.  And the similarities continue, when you consider their inflation at 231 million percent, which reminds me of …California!

At this inflation rate, why even bother to print money.  This is exactly the point made in an article titled “Zimbabwe sacks bankers as crisis deepens.” Below is a excerpt from the article: 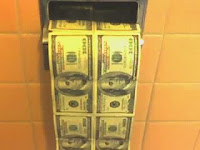 “The Reserve Bank of Zimbabwe has been unable to print money fast enough to keep up with soaring prices, which double every 24 hours, and has tried to stamp out a thriving black market for U.S. dollars and other foreign currencies.

The central bank said it would soon introduce a Z$200 million note (worth $20 on the black market) after launching Z$10 million, Z$50 million and Z$100 million notes on Thursday.”

I recall being in Colombia when they were going through amazing inflation, though nowhere near what Zimbabwe was experiencing now. I went to a store to purchase a leather jacket, since they were a bargain. I spotted the item I wanted down an aisle, and the store owner came over and dialed in the “new” price, using rotary dials. The price on items changed daily, I would learn in my time there.

Also, during my visit they gave out phone “tokens”, because the price of phone call was so volatile, it was not fixed. But what was most astounding was women would meet their husbands at their place of employment to get their checks. And this was no orderly line. These women were like American ladies fighting over free tickets to see the Chippendales. And they were fighting to be first. Why?  Timing was of the essence.

The currency was so volatile that they needed to cash their checks as quickly as possible. Then they literally ran as fast as they could to stores, and not just grocery store, but clothing stores, furniture stores, gas stations, and so on, to buy everything they could possibly purchase, saving nothing. The only way you saved was if you were able to convert the funds. Convert to what you ask? The greenback, yes that good ole solid US dollar…the buck!

Well today, the buck may stop here, as we have a Congress and president-elect who are determined to undermine America and the dollar.  They are continent to “buy” every failing business in sight, in order to preserve their power.  Over-inflated auto industry…sold! Near bankrupt states…sold! Prove you can’t survive in the private sector, and the Fed is there to bail it out.

Obama and Congress are showing “Blue state” fiscal responsibility, which means that in this case they are content to go into the red. Liberals believe there is always somebody to bail them out, and up to this point, they have been right. That somebody is the hard-working, accountable, backbone of America Conservatives, who are “clinging to our guns and religions“…and oh yeah, our jobs! After all, we created them.

So what’s another $700B, when you have 15% of the people to tax for it?! Chump change, right fellow chumps! And if Liberals need more money, they simply print more money, which is what is happening at this very time. Conservative Republicans have spent a lifetime making the dollar the strongest, most used currency in all the world, leave it to a Liberal to kill yet another strong American tradition, and send inflation back to the Carter era.

Speaking of ineffective presidents, I was thinking back on what good Democrat presidents have done for America, and quite frankly, my mind went blank. Consider that Democrat presidents were the most staunch racists, the first notable being Andrew Jackson, and then Andrew Johnson. What’s with those Andrews?

The Democrats brought us socialism under Wilson, which was later perfected by FDR. And though FDR is exalted by Democrats, he actually extended The Great Depression by as many as ten years, and has a war to thank for America recovering, and not his Raw Deal.

JFK introduced the theft of an election and womanizing, at least on a scale unknown at the time. He would be joined later by Bill Clinton. More on Clinton in a bit.

And if it’s complete incompetence you want, it is difficult to beat the peanut farmer from Georgia, yes introducing the smooth stylings of Jimmy Carter, the worst president in American history. He gave us gas lines, the highest inflation of the modern era, the precursor to the current financial crisis, and terrorism. I don’t know how many Habitats for Humanity Jimmy will have to build to squash this legacy?

Thankfully the stars aligned and God blessed us with
The Reagan years, as we would need to best of America before getting The Clinton Years. Yes, Bill Clinton was the first of the empty suits, introducing “style over substance” to the Democrat presidential resume. Clinton introduced “the pimping of America” to China and other countries who were willing to write him a check.

Clinton’s Democrat successor, Little Lord Fauntleroy Obama has embellished pimping on the Democrat resume, except he has selected Muslim countries. Obama further reinforces “style over substance“, and like Woody Wilson and FDR is a socialist par excellent.

Liberals present a fiscal nightmare. The only way for a Liberal to balance a checkbook is he must have money free-flowing. This is why most of Hollyweird votes Democrat; they have royalties coming in. If these people had to live within a budget, well we would have just put them out of their misery.

Obama, Pelosi, and Reid, the Liberal triumvirate believes they have royalties as well. But royalties by their definition means hard working Conservative Republicans, or that 15% who pays almost all the taxes. But what I find ironic is that I didn’t vote for our new African president, nevertheless I am getting a taste of his fiscal responsibility, Zimbabwe-style.

Kevin Jackson is an author of four books in sales and politics, as well being the author of The Black Sphere blog. He has been published in Africa News and Hoovers. Visit Kevin at http://theblacksphere.blogspot.com or email him at [email protected]
The Black Sphere online magazine is at www.openzine.com/theblacksphere, and you can catch Kevin on The Black Sphere radio show every Thurs 9P-11P Central (times subject to change) http://blogtalkradio.com/TheBlackSphere
Facebook Twitter
Kevin JacksonDecember 6, 2008
5 minutes read