I remember when the Nobel Prize meant something.  I can’t recall the names of all the winners in all the categories, but when I heard the name Nobel mentioned, I paid attention.

That all stopped for me in 2007, when the Nobel Prize committee awarded Al Gore this prestigious award for the farce of man-made global warming.  And I recently learned something that added even more to my disdain for the Nobel Prize.

I was introduced to the story of a real hero who died in May of this year at the age of 98.  Her name was Irena Sendler.  It is not often that I hold a person in the same esteem as the matriarchs of my family, my grandmother who raised me, and who turned 88 years young this year, and my great aunt Mary, who is undoubtedly the smartest woman I have ever met.  But Irena Sendler is one such person.

Here is an excerpt from her story that was published on Snopes.com:

Irena’s story begins during WWII, where she got permission to work in the Warsaw ghetto, as a Plumbing/Sewer specialist.  A strange occupation to request, however Irena had an ulterior motive.

Because Irena was German, she became aware of the Nazi’s plans for the Jews. She decided that she would save as many of the Jews as she could, and thus Irena smuggled infants out of the German concentration camps in the bottom of her tool box. The larger kids she carried in burlap sacks. 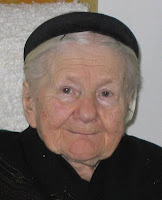 Irena managed to smuggle out and save 2500 infants and children, most of whom went to convents and orphanages.

Irena was finally caught. And she was beaten severely, having her legs and arms broken. But she never gave up any information on others associated with helping her.

She would have been put to death, but after awaking from one of her many beatings, she was informed by one of her German captors that he was freeing her. Her co-conspirators had paid a bribe to the German soldier, who listed her as deceased.

She was released and would go on to save an additional 500 Jewish people, including her future husband.

It is said that Irena Sender was a candidate for the Nobel Prize in 2007. This list is sealed for 50 years, so we can’t know for sure, though consensus is that she was indeed a candidate. Nevertheless the winner of the Nobel Prize that year was Al Gore, who presented a slide show on Global Warming.

The man who has done nothing is revered over the woman who gave everything. This is what I call Liberal Hypocrisy.

Kevin Jackson is an author of four books in sales and politics, as well being the author of The Black Sphere blog. He has been published in Africa News and Hoovers. Visit Kevin at http://theblacksphere.blogspot.com or email him at [email protected]
The Black Sphere online magazine is at www.openzine.com/theblacksphere, and you can catch Kevin on The Black Sphere radio show every Thurs 9P-11P Central (times subject to change) http://blogtalkradio.com/TheBlackSphere
Facebook Twitter
Kevin JacksonDecember 30, 2008
2 minutes read