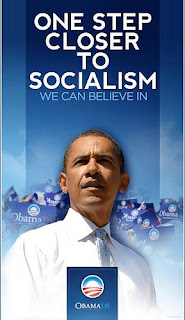 Apparently with all his intellect, Obama is unable to walk his own path.  So instead we find his policy retreads of yet another Democrat, FDR, who gets more credit than he deserves. So we get Raw Deal – The Sequel.

Yes leave it to Obama to take the policies of the 1940s and apply them to the New Millennium. After all, it was Obama who taught us in this financial crisis that we were battling modern day problems with ancient solutions. I guess Obama’s chickens have come home to roost.

But in his typical double-talk, this article in the NY Times explains that,

“Mr. Obama proposes to charge ahead, asserting that extensive government support is needed to preserve and create jobs while building the latticework of a 21st century economy.”

So what is Raw Deal Part Deux? Obama will focus on roads and bridges and revamping old schools. Only in America can anything under 100 years be considered old. What would Rome look like if Liberals ran the joint? Try strip malls with Starbucks and you have an idea.

In explaining Raw Deal – The Sequel, Obama said that,

“A big part of that will be public works spending. “We will create millions of jobs by making the single largest new investment in our national infrastructure since the creation of the federal highway system in the 1950s,” Mr. Obama said. He did not estimate how much he would devote to that purpose, but when he met with the nation’s governors last week, they said the states had $136 billion worth of road, bridge, water and other projects ready to go as soon as money became available. They estimated that each billion dollars spent would create up to 40,000 jobs.”

Remember during the election when Obama promised high paying government jobs?  Well let’s consider these great socialists jobs that Obama will be creating.  Well the statute of limitations ran out on that promise. because when you do the math, $1B creating 40,000 jobs equates to jobs paying around $25,000 a year. Obama must be planning on illegals having these jobs, because you can make more on welfare, than working for the government for $25K, particularly when you consider “take home” pay and no taxes. Would you dangle from bridge trellises or work in a hot Texas summer paving roads all day for $25K, or roughly $12.50 an hour? My friend’s pet monkey shot me the finger, when I asked him, so I’m guessing you wouldn’t either.

And Obama has no idea on how much money he will devote to these projects, nor does he know when the projects will be ready to go. Because as he put it, they will proceed, “as soon as the money becomes available.” At least now we know when, right?

Any smart investor would invest in this plan, because it is a plan based on hope. And hope can cure anything, including an unfunded, unfounded non-plan of a plan. And at the rate the government is offering bailouts, when exactly will this money become available? I say around…never!

So what are we improving? As for our roads and bridges, a few years back I drove from St. Louis to Lake Tahoe, as I decided I wanted to see America. I must say that I felt our roads were in pretty good shape. I didn’t encounter any spots where the roads turned to mud, like they did when I was a doodlebugger in Australia and trekking through Costa Rica. Nor did I encounter any places where my vehicle had to cross over streams due to the lack of a bridge, like I have done in Peru and Columbia, and other places

In Milan, many of the streets are still cobblestone for God’s sake. And most of the European cities can only dream of having our infrastructure. I covered China for a year, and outside of the major cities, the roads are a nightmare.

Here’s my suggestion for showing fiduciary responsibility and for creating jobs president-elect Obama: Establish a small department that cuts spending and eliminates waste
and fraud.

When I sold products and services to the Fed, I got a Harvard…no “real life” education in economics. The government ends their fiscal year in September, so the month of September is feeding frenzy for the Fed. I will explain this more later, but what I can tell you now is that there is no shortage of money anywhere in the Fed, and no incentive to cut budgets. The Fed doesn’t cut budgets, no ifs, ands, or buts!

So here’s the wrap.

In the of the Fed, it is better to invest in failing businesses, and increase budgets on existing programs where no money is needed. But when this plan doesn’t work, be sure you’re wearing brown underwear, because the price tag might make you soil your pants!

Kevin Jackson is an author of four books in sales and politics, as well being the author of The Black Sphere blog. He has been published in Africa News and Hoovers. Visit Kevin at http://theblacksphere.blogspot.com or email him at [email protected]
The Black Sphere online magazine is at www.openzine.com/theblacksphere, and you can catch Kevin on The Black Sphere radio show every Thurs 9P-11P Central (times subject to change) http://blogtalkradio.com/TheBlackSphere
Facebook Twitter
Kevin JacksonDecember 10, 2008
4 minutes read
Don’t Miss Out!