In addressing Obama’s job creation scheme, I will focus on his “green” initiatives.

Al Gore, inventor of the internet, saver of the planet, and resident environmental charlatan, I mean “guru” has “come a callin’” for his pound of tofu from The Messiah. So he and Obama met to discuss saving the planet. Can you think of two people more qualified to save the world than these to superheroes? Me either!

Now if you are a loyal blog follower, you have heard me rant on the hypocrisy of “saving the planet “, an orb that has been around long before man. And when you consider the other orbs in our solar system have noxious gases, volcanoes, earthquakes, toxic radiation levels, and daily ELLE events, yet these planets continue to survive, I think the earth will be fine. So let’s be clear that these “green” initiatives are not about saving the earth, but about making earth more comfortable for us. 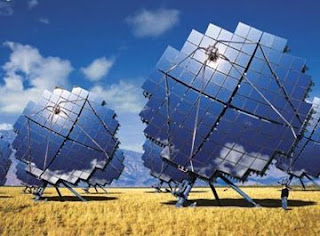 Aside from the idea that the biggest proponents of “saving the earth” typically are the largest contributors to “killing the earth“, let’s just look at the other aspects of this discussion and from a capitalist point of view.

So I begin with one of the more viable potential energy sources; solar energy. Solar has potential, though it is still a ways off from mainstream. This is due mainly to upfront costs. However, there are other factors.

For example, the efficiency of the system relies on the location of the sun, though this problem can be overcome with the installation of certain components. And the presence of clouds or pollution in the air can affect solar energy production. Further, no solar energy will be produced during nighttime, so a battery backup system and/or net metering solution is needed.

Over time and under the right circumstances solar will likely become viable, as semiconductor materials continue to decrease in cost, and storage capacities increast. Nevertheless, Alaskans wouldn’t want to rely on solar energy, given they have six months of nighttime, nor would you want to run your critical care hospital on solar energy. 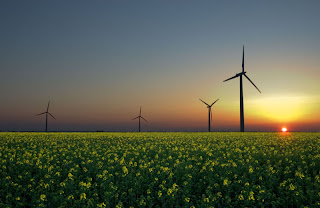 Wind power has been around for decades, and aside from Grandpas’ “pull my finger“, which is good for a laugh now and again, wind power for electricity is an abject failure. You simply can’t depend on the wind, as this article suggests:

“Wind farm-siting depends on the long-term forecasting of wind patterns, but climate is always changing. When it comes to wind power, it is not simply ‘build it and the wind will come.’ Even the momentary loss of wind can be a problem. As Reuters reported on Feb. 27, ‘Loss of wind causes Texas power grid emergency.’ The electric grid operator was forced to curtail 1,100 megawatts of power to customers within 10 minutes. Wind isn’t a standalone power source. It needs a Plan B for when the wind ‘just don’t blow.'”

And here is the dirty little secret about bio-fuels. It takes more energy to create a bio-fuel, than they generate. But don’t take my word for it:

Cornell University researcher David Pimental concludes that the numbers just don’t add up. His 2005 study found that producing ethanol from corn required 29 percent more energy than the end product itself is capable of generating. He found similarly troubling numbers in making biodiesel from soybeans.
“There is just no energy benefit to using plant biomass for liquid fuel,” Pimentel says.

Ah, but before we can tackle job creation, let’s first put the coal plants out of business, because they generate too much C02. I am sure that Obama didn’t factor shutting down those plants in his 2.5M jobs creation package, or at least he wouldn’t tell us. Welcome to the hypocrisy Iowa, Pennsylvania, Ohio, and all other coal producing states. The clock is ticking on you, as you are accelerating global warming. Discover more about that hoax here.

So what does the Fed want to do? Invest in all these technologies that the free market has rejected to date. Sound familiar?

But what is not being considered is nuclear, so far the most efficient and cheapest of all technologies discussed. So unless Obama is going to allow the building of more nuclear power plants, the Fed won’t be creating any new jobs going green. Leave it to a Liberal, however to believe he is a creator, when he has no direct and very little indirect ability to do so.

The free market however is driving towards compressed natural gas and hydrogen. And the free
market will create jobs, based solely on investors’ ability to make money. If wind technology and bio-fuels were profitable, investors would support them. The free market rejected wind turbines, for example, because they are costly, maintenance nightmares, eye-sores on the environment, and not very efficient for creating energy…sounds like the perfect project for government to support! Another doomed technology or industry or system of government (socialism), that hasn’t worked, but the Liberals believe they can rehabilitate.

On the other hand, T Boone Pickens is willing to invest in CNG, because he recognizes that we must still drill for oil, and the by-product of oil production is natural gas. Investors will likely support continued development in hydrogen technologies, as it is the cheapest potential source of energy ever, and with only water as a by-product. Solar energy will likely get funding, because of recent breakthroughs in storage capacity. So the market recognizes what works, usually when the government doesn’t.

If you are relying on the government to “create jobs”, keep in mind that most of these “job creators” have never created a single job in the real world. They have never had even departmental profit/loss responsibility, or run a company. Most are wards of the government, being lifelong members of their exclusive bodies. They have paid dearly to get where they are. And now they want their return on investment.

So if you believe they are making decisions based on what’s good for you, the American taxpayer, then may I interest you in o
wning your own island…it’s called Bikini Atoll?

Kevin Jackson is an author of four books in sales and politics, as well being the author of The Black Sphere blog. He has been published in Africa News and Hoovers. Visit Kevin at http://theblacksphere.blogspot.com or email him at [email protected]
The Black Sphere online magazine is at www.openzine.com/theblacksphere, and you can catch Kevin on The Black Sphere radio show every Thurs 9P-11P Central (times subject to change) http://blogtalkradio.com/TheBlackSphere
Facebook Twitter
Kevin JacksonDecember 10, 2008
4 minutes read
Don’t Miss Out!