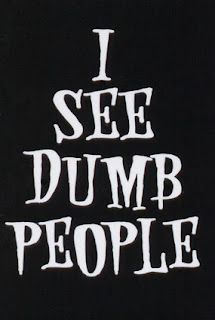 Liberals have changed their name, and now want to be called Progressives. They say that becoming Progressives is not about the stigma attached to liberalism. Right! I guess if you call a dog turd a rose, it won’t smell like crap?

I contend that there is no such thing as a Progressive liberal, and that the term progressive liberal is an excellent oxymoron. But when you look up liberal in the dictionary, it is truly glowing. So much so, I want to be a liberal. Here is an excerpt of the definition from Dictionary.com:

“favorable to progress or reform…free from prejudice or bigotry; tolerant…favoring or permitting freedom of action…open-minded or tolerant”

Dictionary.com actually declares this part of the liberal definition obsolete:

But when you get beyond the textbook definition of liberalism, you understand that the real world meaning of the word is “unrepentant meddler“.

Recall that liberals back in the day were the people who wanted to bus “other people’s kids” from neighborhoods to other schools in order to create equality. If there is no equality, then damnit we will just create it. Keep in mind that liberals didn’t want their kids bussed, just other people’s kids. They felt it necessary to meddle, usually in Black communities. Because who better than a Kennedy, Kerry, Pelosi, Reid, and other rich White congressmen to know what Black children need?

And let’s not forget the “Pied Piper of Green“, Al Gore. He produces CO2 levels, that rivals the largest of Texas cattle herds. Private jets, SUVs, phat house, and many other indulgences. And even without his toys, Big Al still leaves one hell of a carbon footprint. “Tipper, don’t lift the blanket!”

How do you spot a liberal? They will save a dog, but see no problem killing a child. Save some bird breeding sanctuary, but destroy New Orleans.  Ban DDT to “save the earth”, the outcome being the death of a million Africans.

And when liberals produce devastation with their inane policies, they just “rubberneck” the devastation. Why bother apologizing, when there is always a Republican scapegoat nearby?

Kevin Jackson is an author of four books in sales and politics, as well being the author of The Black Sphere blog. He has been published in Africa News and Hoovers. Visit Kevin at http://theblacksphere.blogspot.com or email him at [email protected]
The Black Sphere online magazine is at www.openzine.com/theblacksphere, and you can catch Kevin on The Black Sphere radio show every Thurs 9P-11P Central (times subject to change) http://blogtalkradio.com/TheBlackSphere
Facebook Twitter
Kevin JacksonDecember 24, 2008
2 minutes read
Don’t Miss Out!