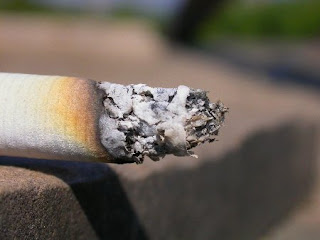 Secret Service Agent #1: [Entering Obama childhood home in Hawaii, and sees a strange object on the fireplace mantle] What’s this?

SSA #2: That’s an urn. It contains the ashes of POTUS-elect’s Grandma Toots.

Obama (enters): Hey guys, I have been looking for that.

SSA #1: Sir what would you like us to do with this?

Obama: Nah, I will just throw it out at the beach. It will get me good press.

Yes, Obama scattered Toot’s ashes at the beach in Hawaii the other day, in an unofficial farewell to the woman who raised him; the families “rock” (his word). Why unofficial farewell? Because her funeral happened weeks ago, two days after the election ended. The fact of Obama’s conspicuous absence from her funeral apparently appalls only me, as I have seen little media coverage or public outrage for him not attending.  So for me, Obama scattering Toot’s ashes is as symbolic as him flicking the ashened tobacco end off one of burning cigarettes.

I admit I am suffering from Obama fatigue, and I honestly was hesitant to even post this blog. I have even stooped to writing about “Monkey Joe” Biden and Caroline “I’m a Kennedy, Make me a Senator” Kennedy, so you know I’m scrubbing the sewer pipes to avoid writing about The Messiah. All that said, I think this story is worthy of further scrutiny, as I did when I wrote “Hear About the Funeral?“.

According to this article on Yahoo:

“The demands of the presidential campaign meant Obama was unable to fly to Hawaii for her funeral. But on Tuesday, he finally bade her farewell at a memorial service attended by friends and family, including his wife Michelle, daughters Malia and Sasha, and half-sister Maya Soetoro-Ng.

I like the touch of the half-sister being there. Like Obama is really “the family man“. The same family man who conveniently (1) tossed Toot under the bus, (2) didn’t have any connection with his aunt living in the slums of New York, and (3) who doesn’t speak with his half-brother who lives in a tent in Kenya and earns $20 a year.  Maybe this is just the way Kenyan’s treat family?

Whatever Obama’s excuse, it certainly wasn’t because he didn’t have the money. The ex-junior senator from Illinois has gone from not having two dimes to rub together in 2004, to the elite income class over the past few of years, earning close to $2M just last year.  I guess “8 years of Bush” hasn’t been too bad for the Obama family?  Or maybe Illinois politics really does pay well?

One possible excuse he could use to miss Toot’s funeral is he didn’t want to be a hypocrite and leave a large carbon footprint flying to Hawaii twice within a week?

Ok here’s my theory: He just didn’t really give a hoot about Toot.  And all this happening now is for show.

Obama’s sister said in a statement earlier that the memorial service would allow him to “grieve and emotionally process” the loss of the woman he called the rock of his family and whose name he frequently invoked on the campaign trail.

Apparently vacation is a good time to grieve. I know when I plan my vacations, grieving is a big reason for how I pick location and timing, etc. I’m sure most of you take vacation time to “cry it all out” as well. If not, what’s wrong with you?

More from the article:

“She’s the one who taught me about hard work,” Obama told a packed stadium in Denver in August when he accepted the Democratic presidential nomination. “She’s the one who put off buying a new car or a new dress for herself so that I could have a better life.”

She is the person who did all this, and she is the one who’s funeral Obama did not attend. If he can’t show the ultimate respect for somebody supposedly so important to him and formative for him, what will he possibly offer his adopted country of America?

Kevin Jackson is an author of four books in sales and politics, as well being the author of The Black Sphere blog. He has been published in Africa News and Hoovers. Visit Kevin at http://theblacksphere.blogspot.com or email him at [email protected]
The Black Sphere online magazine is at www.openzine.com/theblacksphere, and you can catch Kevin on The Black Sphere radio show every Thurs 9P-11P Central (times subject to change) http://blogtalkradio.com/TheBlackSphere
Facebook Twitter
Kevin JacksonDecember 28, 2008
3 minutes read
Don’t Miss Out!