I don’t know about you, but the thought of yet another Kennedy entering politics, well like Chris Matthews said about Obama, “it just sent tingles up my leg“. After all, who better than a Kennedy can represent the “common man”? And when you get a Kennedy with such an impressive resume as  Caroline Kennedy, well who wouldn’t be all goo goo ga ga?

First, consider her pedigree. She’s a fricking Kennedy for God’s sake. Qualification by proxy. Isn’t this how the senate seat in New York was filled last time? Hillary was qualified by proxy, because she was… the wife of Bill.

I know if a liberal’s neurosurgeon was unable to perform the operation, I would be ok with his/her spouse stepping in by proxy to operate. Bad example, because even a poor neurosurgeon could do no harm to the liberal mind.

For liberals, qualification by proxy is a necessity, when you have as little depth in the ranks as they have. This is why they are content to elect the unqualified, and to protect the completely tarnished, like Blagojevich.

Regardless of terrorist… excuse me, university professor associations, sealed records, and lack of any significant achievement in life, liberals are content to elect, or in this case appoint, any knucklehead with anti-America sentiment, or in the case of Ms. Kennedy, a Camelot pedigree.

But perhaps I am being hasty in my judgment of Ms. Kennedy? So let’s consider her record of, uh hmm, accomplishment.

Kennedy is a member of the New York and Washington, D.C. bar associations. She is also a member of the boards of directors of the Commission on Presidential Debates and the NAACP Legal Defense and Educational Fund.

She worked as a photographer’s assistant at the Winter Olympics in Innsbruck, Austria.[12] In 1977, she became an intern at the New York Daily News, where acco

rding to People Magazine, “she sat on a bench alone for two hours the first day before other employees even said hello to her.” According to former News reporter Richard Licata, “Everyone was too scared.”[12]

Subsequently, she began work as a research assistant in the film and TV department of the Metropolitan Museum of Art in New York in 1980, where she met her future husband, exhibit designer Edwin Schlossberg.[10]

Kennedy is an honorary chairman of the American Ballet Theatre.[14]

Kennedy is an attorney, writer, editor and serves on the boards of numerous non-profit organizations.

Sounds like Ms. Kennedy is just a half-step above community organizer? So I stand corrected…she is eminently qualified for the job of senator of New York, and in fact…president!

nothing, except being a “carrier” of Kennedy genes. Outside of the Kennedy fortune, I see no other noteworthy qualities in these carriers of this gene. And Caroline bolsters my argument.

First, the fact that she has a law degree and is not practicing law says a bit about her abi

lities in that career. Rumor is that she can’t even do pro bono. She can’t even give her legal services away!

Next, photographer’s assistant, intern at a newspaper, and finally a research assistant at the Met. Amazing credentials, wouldn’t you say? But these jobs could come in handy in Congress. 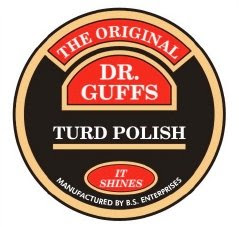 Liberals will never get it, as most are just simpletons. They like the idea of Camelot, and the idea of “royalty” governing them. And if royalty is not available, liberals are content to create royalty, i.e. “polish a turd, and call it art“…I submit William Jefferson Clinton. How else could a hick from Arkansas, one of the worst presidents of our time, still be the ruler of the Democratic party, even after leaving office?

And liberals will search the deep dark recesses of Africa, most recently Kenya, and find an ex-Muslim turd to polish (but keep a Clinton close for White supervision)…I submit Barack “Barry” Hussein Obama.

Finally, on rare occasion the stars align, and liberals can go to the archives. They pluck a turd from the museum archives, dust it off, and offer it as “Contemporary Art”…I submit Caroline Bouvier Kennedy. So in this case, the liberal governor of New York gets the opportunity to appoint royalty.

We are in the midst of “Turdapalooza“, so we have to make the best of it. However, eventually even the liberals can’t hold their noses from the stench of too many turds, and they will ultimately take a breath and notice the stench. You know, elitism, classism, racism, and all the “isms” they claim to protect, as they continue to practice them.

Kevin Jackson is an author of four books in sales and politics, as well being the author of The Black Sphere blog. He has been published in Africa News
and Hoovers. Visit Kevin at http://theblacksphere.blogspot.com or email him at [email protected]
The Black Sphere online magazine is at www.openzine.com/theblacksphere, and you can catch Kevin on The Black Sphere radio show every Thurs 9P-11P Central (times subject to change) http://blogtalkradio.com/TheBlackSphere
Facebook Twitter
Kevin JacksonDecember 20, 2008
3 minutes read
Don’t Miss Out!