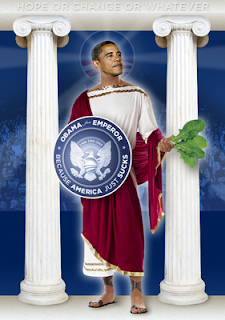 With all the hoopla surrounding the coronation of Obama, you would think that you wouldn’t be able to find a place to stay in DC. Prices for a week’s rental of modest accommodations were said to be going for $10,000 a week, right after the election. One of my Black friends who hails from DC commented about a month ago, that he was going to “get over” on all of this, by renting his place out. He figured on a quick $5-10K to usher in the new prosperity that Obama would bring. Yes, he’s a wit of the nit kind…a liberal.

Market forces have conspired against my liberal friend, and it appears that supply has outstripped demand. Nice places are now supposedly going for $150 a night. Not exactly “rock star” prices, as people thought they would be. I called my friend to ask if he was now looking for a print to put on the wall, where he had imagined that 50″ flat screen? Snicker.

As for Obama and the coronation, maybe all that glitters is not bling? Has Obama’s gold plating begun to rub off to reveal the nickel alloy underneath? Likely it really is just liberalism at play. Let me explain.

The thing that most liberals are, be they rich or poor, is cheap. The tie that binds.
Rich liberals are the types who will tip you $1, no matter what the cost of their meal was or whatever service you performed. The really old ones will tip that dollar, and remind you of the past, when they had no money to spend, and how they watched their mothers and fathers toil. They won’t make reference of their toll, because most are ‘trust-fund‘ babies, who have not truly worked a day in their lives.

Then there are rich liberals with celebrity status. They may be worse than the bunch just described, because they believe that just their appearance is enough to warrant preferential treatment. So they don’t pick up tabs, yet expect rock star treatment. Forget the cause. They will stay with Washington insiders who want to “star screw” their way into all the galas.  To paraphrase God, these liberals’ mantra is, “I am who I am“.

And it is this group of cheap liberals, all of whom believe that they will get their pound of flesh from the new administration. They will be converging from all over America, actually the world, to witness this “historic” moment.

DC will be overrun with both Africans and “African Americans“, and DC is about to learn the true meaning of “the hookup”. There will be beatniks, peaceniks, greenniks, and other “niks” of all ilks, reminiscent of Woodstock. And rightfully so, since this coronation is little more than a rock concert. The passing of the baton to a new King of Soul. After all, James Brown is dead. 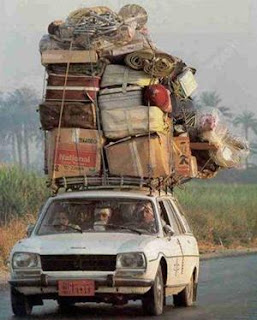 Most of these liberals will be staying with friends, and checking into hotel rooms like bands of gypsies. The occupancy, or should I say “over-occupancy” of rooms will rival a college “stuff the Volkswagen” fraternity stunt.

Many will sleep in their cars or vans, and “wash up” at a gas station. Yes, this will be a real FunkFest, but George Clinton of Parliament won’t be playing.

And the DC businesses will feel little impact. Because liberals invented BYOB. Liberals will unpack their coolers, filled with kool-aid and green tea. For dinner? Ginger root and lemon grass…oh, and lots of chicken.

You will get a real glimpse of ObamaNation in a few days. Many of you will witness first-hand how the citizens of ObamaNation live, and how they live to take advantage of the system. You’ve seen these people. They got into the show for free, but they don’t want to pay the ‘two drink minimum’.

Kevin Jackson is an author of four books in sales and politics, as well being the author of The Black Sphere blog. He has been published in Africa News and Hoovers. Visit Kevin at http://theblacksphere.blogspot.com or email him at [email protected]
The Black Sphere online magazine is at www.openzine.com/theblacksphere, and you can catch Kevin on The Black Sphere radio show every Thurs 9P-11P Central (times subject to change) http://blogtalkradio.com/TheBlackSphere
Facebook Twitter
Kevin JacksonJanuary 14, 2009
3 minutes read