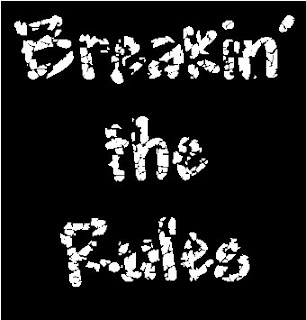 Admittedly, I haven’t watched a single minute of the coronation spectacle, and frankly the only thing that could make this day any longer would be if I was in jail, and they didn’t give me anything to read.  Oh and food or drink!  Nevertheless I think I must weigh in on all of this “history”, a history that has happened 43 other times as far as I’m concerned.

However, it comes as no surprise to any of us, that the coronation of Obama is being met with excitement by a cross-section of Americans, particularly Blacks. After all, having voted 96% for the President-elect, Blacks’ expectations are high for the historical significance of the event. I find it significant as well, though not for the same reason. I’m just glad that the rest of Black America has caught up what I have known for years: A Black man could have been president for decades.

In my discussion with Blacks who voted for Obama, many of whom are attending the coronation, it appears that Obama has been given a pass on the extravagance of it all, and the $150M (and counting) price tag that comes with it.

Blacks appear to be caught up in the pageantry of it all, feeling as if they have a direct role in it. Thus they appear to be saying, “Get yours, Mr. President”, and happy that they in effect were a major reason this so-called historical moment. This was certainly not their opinion on previous inaugurations, where they decried the spending on inaugurations as “wasteful“. Obama is outspending all previous presidents, geometrically, if not exponentially. Apparently the rules don’t apply for Obama.

How many children could have received college educations, how many homes could have been saved, business started, and so on. These questions aren’t being considered by ObamaNation.

Obama’s inauguration has been accepted amongst the Black community as payback for years of oppression by America. However they are quick to point out, “…this is just the first step” in the correction of wrongs. So for those of you who believe the race card is dead, I should inform you that the race card is just “on vacation“. It will return on Jan 21, and attack its role with the same vigor, pre-Obama.

A next step in correcting of wrongs will come in Obama solidifying the promise he made to the Black community, when Obama begins handing out stimulus checks. Believe it or not, Blacks see this redistribution of wealth as unlegislated reparations. And they are overjoyed with the prospect of their soon-to-be windfalls.

When asked if they are concerned about what this type of spending could do the economy, I got answers like, “…it can’t git no worse“, or “…that ain’t my problem“. Blacks are either not aware or unconcerned about the larger impact of Obama’s stimulus plan, and/or are comfortable living in myopia.

As for the negative impact on the economy and potential backlash, it would appear that the Black community again will give President Obama yet another pass. The comments I am hearing are things like “…he’s inheriting what Bush left him, so it’s not his fault“. Blacks feel that when you are at the bottom of the socio-economic ladder, the fall won’t hurt you. It will be the fat cats who are impacted…not Blacks. So any windfall makes a dramatic impact in their lives, though usually just to provide a respite in “getting by“.  But if a Republican president provides an economic stimulus to the economy in the way of a tax cut, then he is considered a pariah.

Further, Blacks appear to be ready to forgive Obama for any slip ups, as can be understood in this direct quote, “…all them other presidents have f*&ked up, so why can’t they give the man a chance…” Infer what you will from that comment, but for me, just confirmation again that at least for Blacks, the rules don’t apply for Obama.

As for the event itself, Blacks are in DC in droves in order to be a part of this. They want to be able to say, “I was there when…”. Most Blacks see this event as ground-breaking, monumental, earth-shattering, with many commenting to me that they never felt they would see this day in their lifetimes. They are exuberant, and many have said to me that they feel as if a weight has been lifted off their shoulders.  They didn’t look any lighter to me?

Apparently there remains a great divide between how most Americans feel about opportunity in America, and what the Black community feels. As I said earlier, I have always felt that a Black person would ascend to the presidency, yes even in my lifetime. I just thought it would be a qualified one.

You see, there have been many Black firsts. Jackie Robinson, Arthur Ashe, Jim Brown, Lee Elder, Tiger Woods, to name a few. There have always been unwritten rules for Black “firsts”. Be exemplary. And don’t screw it up for the rest of us.

I think in the case of Obama…the rules just don’t apply.

Kevin Jackson is an author of four books in sales and politics, as well being the author of The Black Sphere blog. He has been published in Africa News and Hoovers. Visit Kevin at http://theblacksphere.blogspot.com or email him at [email protected]
The Black Sphere online magazine is at www.openzine.com/theblacksphere, and you can catch Kevin on The Black Sphere radio show every Thurs 9P-11P Central (times subject to change) http://blogtalkradio.com/TheBlackSphere
Facebook Twitter
Kevin JacksonJanuary 20, 2009
4 minutes read