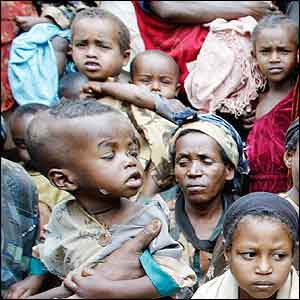 New Study: It Pays To Be Black and Poor in America

When you consider that almost half the world’s population, over 3 billion people, lives on less than $2.50 a day. Most are worried about where their next meals, yes plural, will come from.

Is there any wonder why people clamor to get to the US?In America however, all this talk about helping the poor is just liberal-speak for “buying votes“, and the precursor to socialism.

As with most things in life, the poor in America are a fringe 5% of the population, just like the wealthy are the upper fringe 5%. The remaining 90% is for the most part just hand-to-mouth on a different scale. Sure many Americans are earning well above the poverty line, however they are “ghetto rich”. For the most part, they are just like the rest of America…robbing Peter to pay Paul.

This is because we are a country of excess even at the poor strata…no especially at the poor level. And this is why I don’t agree with subsidizing the poor as we define them today, i.e. those taking advantage of the system. They are as replete with excess as the rich they are taught to despise.

In 1990, this was America’s definition of poor:

Next week the United States Census Bureau will release its annual report on “poverty” stating, as it has for many years, that there are some 31 million to 32 million poor Americans, a number greater than in 1965 when the War on Poverty began. Evidence mounts, however, that the Census Bureau’s poverty report dramatically understates the living standards of low income Americans.

* 38 percent of the persons whom the Census Bureau identifies as “poor” own their own homes with a median value of $39,200.

As the last paragraph of that report suggests, in 1990 no less, the poor in America at that time had eclipsed what was defined as middle-class America of the 1950s.

And what is more startling in my opinion is the aforementioned statistics didn’t account for everything that the poor were receiving “in kind” in 1990.

Out of $184 billion in welfare spending, the Census counts only $27 billion as income for poor persons. The bulk of the welfare system, including entire programs that provide non-cash aid to the poor, like food stamps, public housing, and Medicaid, is completely ignored in the Census Bureau’s calculations of the living standards of the “poor.” The missing welfare spending that is excluded from the Census Bureau poverty reports comes to $158 billion, or over $11,120 for every “poor” U.S. household. 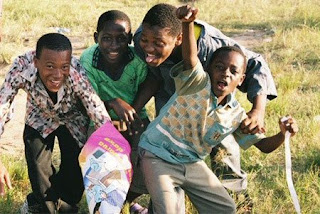 And the definition of poor in America has improved greatly…for the poor!

Here is how poor is defined Y2K09:

Poor women of today get their hair done, along with manicures and pedicures… routinely. They wear makeup, and nice wardrobes, with accompaniments such as knockoff Louis Vuitton, Coach, and Gucci purses. Many have gold rings on every finger, including the thumb, and contrary

to what you might think, it is not considered gaudy.

Poor men of today have diamond earrings, pinky rings, gold necklaces and/or diamond chains, “bling” watches, and a diamond and gold (or platinum) “grill”. They wear designer jeans and NBA “throwback” jerseys, that they buy not because they like the team, but because the colors match their wardrobe. The cost of one would pay for two semesters of community college, and their tennis shoes could pay for another. By the way, poor people in most countries don’t have the word “wardrobe” in their lexicon.

The poor in America own more than one vehicle in many cases, and they spend mad money “tricking them out”. Weld-breaking stereo systems, alarms, auto-start, hands-free cellular, DVD players, 20 inch low profile tires, with rims to match, complete with spinners.

In poor homes, along with the staples, they have cable TV, with at least two TV sets, and don’t be surprised if one is a 40″+ flat screen. They have a computer and at least one video game platform with a multitude of games. They have at least two DVD players, and a collection of movies…ok mostly bootleg, just so you know I am not out of touch on this subject.

They own MP3 players, portable versions of their home video game platforms, and cell phones. And don’t be surprised if all the teenagers in a home have each of these items individually. Our poor go to concerts, ball games, and have many other forms of entertainment, including gambling, particularly if you count the state lotteries, but I see them squandering their money at $5 blackjack tables.

All this excess and America’s “poor” still have their hands out.

And the government obliges, providing subsidized housing and day-care, food stamps, AFDC, WIC, and a host of other government subsidies for which they “qualify”. And let me tell you that they don’t call it the “welfare system” for nothing. It is a system, and all systems can be worked.

I know of a married couple with four children where the husband owns his own construction company. He is paid mainly off the books, earning about $40K a year.

The couple legally divorced, so that the wife and kids could get on welfare, and she receives all the aforementioned “entitlements“. So she lives in a home in San Antonio Texas, and pays roughly ~$125 on a home costing $878 a month. The US taxpayers pay the rest.

The husband lives there as well. However he leaves when they get their announced visit from the social worker.

They have more government program money coming into that household, than Donald Trump has bank accounts. They know how to work the system, and do so to the tune of tens of thousands of dollars a year. And we pay for it. Now that‘s working the system.

Liberals turn a blind eye to this corruption, because they love power, and votes provide that potent elixir. Like I said – “It pays to be poor in America.  And they are getting a pay raise, this year!”

Matt Gaetz Introduces the Disarm the IRS Act
The Floridian