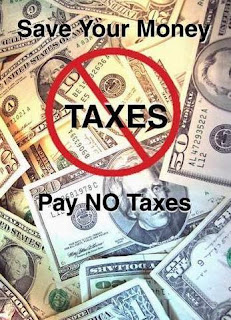 I thought of this great way to balance the budget: Let’s get the Democrats to actually pay taxes!

“Born free, taxed to death” is an old truism that apparently didn’t apply to Tom Daschle, at least not from 2005 through 2007.

So we learn that Daschle, Obama appointee to run the Department of Health and Human Services has tax “issues”, the euphemistic catchword that Liberals use for “cheating”. Imagine if we were to audit the record of all Democrats? A balanced budget perhaps, and death to the $835B package known as Obamulus?

What I find interesting is that these issues would have never seen the light of day, if Daschle wasn’t going on to bigger and better capacity to rob the American taxpayer…like the appointment to an Obama cabinet position. Jackpot!

So what exactly are Daschle’s issues? He had the miniscule issue of not paying $128 thousand dollars and “change” (sorry, had to do that). The actually amount is $128,203 in back taxes, plus $11,964 kicker in interest.

Now imagine for a second if you will what would happen to the Average Joe Taxpayer who had this small issue of not having paid $128K in taxes, under the same scenario? I’m no clothing designer, but I’m thinking ‘stripes’?

Do you realize what you would have earned in order to pay $128K? I’m no accountant, but I can tell you that it’s close to $500K. Not exactly a rounding error, even for a highly compensated Liberal like Daschle, so my theory is that you just don’t forget to declare $500K and then not report $128K. No, that is planned, my friends. That said, let’s call Daschle what he is. A tax cheat of the highest order…a scoundrel.

One of the tax cheat Daschle’s issues is that he didn’t report use of a limo from a “friend”, and they valued that service at $250K for the periods in question. I wonder if he was given a driver as well? Any chance this “friend” will be investigated as to why he would make such a generous gift to Daschle?

Perhaps the bigger problem is ours. We may now need to report when we borrow our friend’s truck to make that Home Depot run, lest we end up under the scrutiny of the IRS. I am amending my returns now, no thanks to Larry and his old pickup. You never know. I could get the call from Obama to serve my country, and I wouldn’t want to create any issues for him.

The next issue for that scoundrel and tax cheat Tom Daschle was that he over-reported his tax contributions…to charity! I find this little faux pas, i.e. non-slip of the pen the most intriguing from a couple of angles.

The $15K that was overstated was over a…three year period. Can you believe this? That’s just being cheap. The idea of trying squeeze a little extra back on taxes, and claiming to give only $5K a year to charity to do it! Incredulous.

So this cheapskate was making over $1M annually for his services to InterMedia Partners, the same company who provided the limo, yet he was still sticking it to the rest of us by overstating his charitable contributions. You would think Daschle would not even make this adjustment, and just use “hope” as a strategy for not getting caught, right? Here it comes…

The irony is that he had to restate this small change because he knows the IRS would most definitely scrutinze charitable contributions for a Democrat, since they are such cheapskates. Daschle had to report this.

This is without a doubt the most embarrassing part for Daschle, and the part that gave me quite a chuckle.

A Democrat actually giving more than lip service to charity? I made myself LOL! 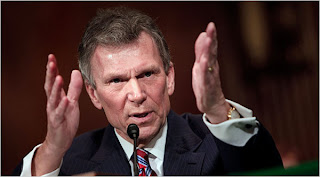 We are getting a good look at how “they”, the cheapskate racist Liberal scoundrels live and how “we” Conservatives, and the heart of America live. Obama for all his talk about being charitable gave essentially nothing to charity, after earning close to $4M of the past few years.

The fact is that the Liberals have always played by different rules. But under Obama, they can actually get away with it…clean. And we all know from Biden that Obama is clean.

Under Obama we have indeed gotten change and hope. Daschle as new Health Czar is to usher in this change and hope for Americans’ healthcare. And on Jan 2 of this year Daschle changed his taxes in hopes that it would get him back in the game…access to the healthcare lobbyists money.

Kevin Jackson is an author of four books in sales and politics, as well being the author of The Black Sphere blog. He has been published in Africa News and Hoovers. Visit Kevin at http://theblacksphere.blogspot.com or email him at [email protected]
The Black Sphere online magazine is at www.openzine.com/theblacksphere, and you can catch Kevin on The Black Sphere radio show every Thurs 9P-11P Central (times subject to change) http://blogtalkradio.com/TheBlackSphere
Facebook Twitter
Kevin JacksonJanuary 31, 2009
3 minutes read
Don’t Miss Out!