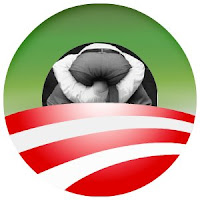 We were informed today yet another idea from the Obama campaign has finally been vetted and given an unceremonious funeral…yes shelved.

The Obama $3000 tax incentive to businesses is indeed being sent to the wasteland of bad ideas known as…”the shelf“. I suspect that Obama may have to buy shelves in bulk and very soon.

Now you should know that it comes as no surprise to me that this idea was shelved. I documented the lunacy of this idea, in my blog titled, Obama’s New Economic Plan. Here is an excerpt of what I wrote back then:

“So I was fiddling with the math, and I am guessing that businesses will be hiring our abundant undocumented workers with this $3K. Because $3K doesn’t go very far in America, as far as workers’ pay goes. Even illegals know they can make more than $3K a year. Multiply by 14, divide by 3, carry the 2…it just doesn’t compute. So my scheme would be to fire all my workers before the new policy took effect, then rehire them!”

Obama’s own party said that this program was “…ripe for abuse and difficult to administer.”

Allow me to decode this for you: There’s not enough money for the liberals to steal, so why bother.

Now honestly I have truly tired of bashing Obama, as there is just no real sport in it. I do it, because the mainstream media won’t, and I don’t do it for the easy cheap shot. But I really don’t think this guy is all that smart, outside of his campaigning abilities, and his manipulation of the system? He certainly provides no indication for being smart in business.  That’s not bashing, just fact!

I recall having conversations with ObamaBots prior to the election, and they would say to me, “At least we will finally have a president who is smart.”  You can imagine where the discussion went from there, so I will save you from most of my “I tried to teach Latin to Chimps” diatribe.  However some discussion points are required.

So I asked these liberals, “What ideas does Obama have that make him so smart?”

When you ask a Liberal a question that requires more than mainstream media talking points, you get an obvious delay…then they tilt their heads and look “yonder“, as if asking God (or their atheist equivalent) for an answer. I used this time to cite the $3000 tax incentive as an example of one of Obama’s dumb ideas, and explained why.

Since they were still “thoughtless”, I then went on to discuss his desire to tax social security for all income and the devastating affect this could have in SG&A for businesses.

Well you guessed it. By now the liberals were looking at me like I was explaining Biot-Savart law.

And there are more examples of Obama perhaps not being as smart as his followers and the mainstream media would have us believe. Referencing this article in the Washington Post, they document another Obama idea:

“…another Obama proposal, to allow companies to deduct larger portions of recent losses, has raised eyebrows on the Hill, where lawmakers see it as a costly reward for behavior that was possibly irresponsible.”

I am for companies recovering certain R&D costs, but not what Obama was proposing, as his proposal rewards failure. Now I know encouraging and rewarding failure is the Liberal way, however luckily Capitol Hill got this one right, and sent it to the shelf as well. 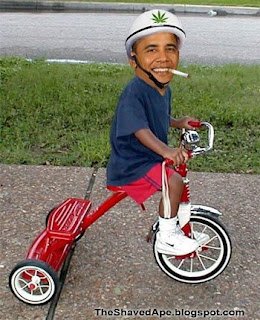 I am serious when I say that by the end of Obama’s term, Congress is going to feel like they have been babysitting a two-year old, who is into just everything. “Put that down! Get away from there! Don’t you touch that! Get over here!  Don’t make me count…one…two…”

When you dissect the things that Obama says, it is easy to see that he is full of exuberance and idealism. But his ideas are so superficial and sophomoric, they can only fool the most gullible.

And though Obama may be a brilliant lawyer, and that’s debatable, it is obvious that he knows nothing about business, finance, or macro-economics. Contrary to popular opinion, Obama will never be the smartest guy in the room.

Kevin Jackson is an author of four books in sales and politics, as well being the author of The Black Sphere blog. He has been published in Africa News and Hoovers. Visit Kevin at http://theblacksphere.blogspot.com or email him at [email protected]
The Black Sphere online magazine is at www.openzine.com/theblacksphere, and you can catch Kevin on The Black Sphere radio show every Thurs 9P-11P Central (times subject to change) http://blogtalkradio.com/TheBlackSphere
Facebook Twitter
Kevin JacksonJanuary 13, 2009
3 minutes read