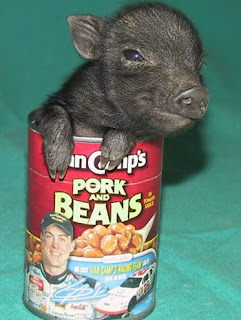 The new bailout plan is a great example of Democrats playing chess, while we are playing checkers. A couple of days ago I blogged that Pelosi included “contraception” in the bailout plan. Well yesterday she had “a little ‘splaining to do“. After all the explaining, it appears they are now considering dropping the “family planning” aka subsidized abortion–on-demand provision of the bailout farce.

But while your eyes were diverted on this racist and heinous policy of infanticide cloaked as contraception, the real “trickeration” was happening right under our noses.

Aside from the new president, I’m not sure if we have any Muslim’s in American politics. If so, may I suggest they take today off. Because this bill before Congress today is a real PorkFest. A veritable Pork-a-Palooza. A pig-in-a-blanket of warm US greenbacks.

To go through all the bill’s inane and wacky points would make this blog a novel, so I can only highlight a few:

This is arrogance beyond belief. But the real arrogance is that based on most estimates only 7% of this money will go to infrastructure and the creation of new jobs, as if they really believe a Liberal can create jobs. Now that’s funny! 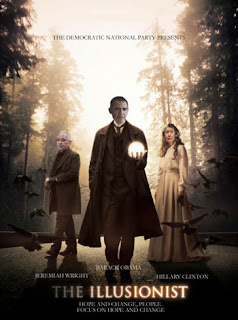 Obama promised the “…greatest ethical standard ever administered to an executive branch.” In ObamaSpeak, this translates as, “I don’t have to actually live up to the standard, because ONE we are in a “crisis” and TWO I’m Obama damnit.”

If you are curious as to why the Democrats wanted a bill ready to go for Obama, and all the posturing was done early on about transparency, it’s because you were being set up for the magic show.

And that bit about lobbyists? Consider that Obama broke his own policy in hiring former lobbyist William J. Lynn III, I think you know that the expiration date has already occurred on that promise. And to further emphasize my point that the rules don’t apply to Obama, here is the buzz on The Hill, as explained in Yahoo News:

“Lobbyists are hard at work figuring out ways to grab a share of the money for their clients, but the new rules mean they’re doing so indirectly — and sometimes in ways that are impossible to track.”

I’m having trouble seeing through all this transparency. I guess I need to have my vision checked again for hypocrisy.

Kevin Jackson is an author of four books in sales and politics, as well being the author of The Black Sphere blog. He has been published in Africa News and Hoovers. Visit Kevin at http://theblacksphere.blogspot.com or email him at [email protected]
The Black Sphere online magazine is at www.openzine.com/theblacksphere, and you can catch Kevin on The Black Sphere radio show every Thurs 9P-11P Central (times subject to change) http://blogtalkradio.com/TheBlackSphere
Facebook Twitter
Kevin JacksonJanuary 28, 2009
3 minutes read
Don’t Miss Out!