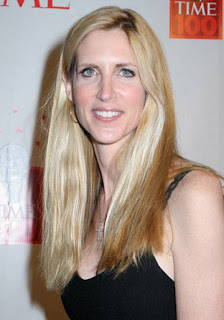 In her new book Guilty, Ann Coulter explains how single motherhood, though glamorized in Hollywood is not all that spectacular in real life. Coulter points out in fact that many of the ills of society come from children who are raised in a single family environment, which usually means a single mother environment. For her comments Coulter is being viewed as classist, racist, and even sexist.

All while Coulter is being excoriated, Pelosi is adding birth control funding to the economic stimulus package with the claim that contraception will reduce costs to the states and the federal government. Translation: We don’t need a new bunch of low-income crumbsnatchers taking money from the government coffers. The Dems need that money to buy elections!

Here was Pelosi’s comment to George Stephanopoulos on ABC’s This Week:

STEPHANOPOULOS: Hundreds of millions of dollars to expand family planning services. How is that stimulus?

PELOSI: Well, the family planning services reduce cost. They reduce cost. The states are in terrible fiscal budget crises now and part of what we do for children’s health, education and some of those elements are to help the states meet their financial needs. One of those – one of the initiatives you mentioned, the contraception, will reduce costs to the states and to the federal government. 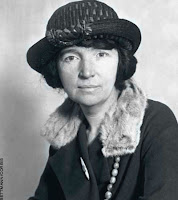 David Kennedy wrote in Birth Control in America, The Career of Margaret Sanger, a quote from a 1923 Sanger speech, where Sanger said that, “…for the purpose of racial purification, couples should be rewarded who chose sterilization.” Sanger was ahead of her time in that she could foresee welfare as the potential to cut the ranks of the mongrels. What is interesting is that the Liberals of today have actually encouraged quite the opposite in their legislation. Perhaps this is why Pelosi is now taking a more Sangeresque approach to the problem?

Sanger was a eugenicist who purpose in promoting birth control was “to create a race of thoroughbreds,” (Birth Control Review, Nov 1921, p. 2), i.e. “More children from the fit, less from the unfit — that is the chief aim of birth control.” (Birth Control Review, May 1919, p. 12). The goal of eugenicists is “to prevent the multiplication of bad stocks,” wrote Dr. Ernst Rudin the April 1933 Birth Control Review. Another article exhorted Americans to “restrict the propagation of those physically, mentally and socially inadequate.” Who are the inadequates to which Sanger refers?

In Pivot of Civilization, Sanger referred to immigrants and poor folks as “human weeds…reckless breeders…spawning  … human beings who never should have been born.” And her admitted ultimate intention was to do away with all Blacks, though she says that it might be necessary on occasion to employ a few.

Prudent as she was, Sanger doesn’t want the word leaking out, as evidenced in this comment:

“We do not want word to go out that we want to exterminate the Negro population,” she said, “if it ever occurs to any of their more rebellious members.” (Woman’s Body, Woman’s Right: A Social History of Birth Control in America, by Linda Gordon)

Ann Coulter did America a great service in pointing out the disparity between the nuclear family unit, and the single-mother home. A pure statement of facts, backed by research. Since Coulter is a Conservative woman, her recognition of the obvious makes her a racist.

Pelosi on the other hand is disguising abortion under the cloak of contraception. A good tactic to take a less controversial concept, and hide it inside the real motive.

And like with most things that the Liberals don’t want you to know, Pelosi’s view and Sanger’s view is the same view, i.e. Democrats are racists. So was Sanger.  She was just more honest about it.

Kevin Jackson is an author of four books in sales and politics, as well being the author of The Black Sphere blog. He has been published in Africa News and Hoovers. Visit Kevin at http://theblacksphere.blogspot.com or email him at [email protected]
The Black Sphere online magazine is at www.openzine.com/theblacksphere, and you can catch Kevin on The Black Sphere radio show every Thurs 9P-11P Central (times subject to change) http://blogtalkradio.com/TheBlackSphere
Facebook Twitter
Kevin JacksonJanuary 26, 2009
3 minutes read
Don’t Miss Out!