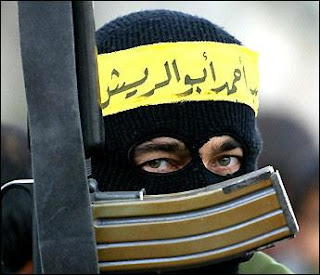 I have often discussed what it takes to wage war effectively, and the most critical ingredient is intelligence. You Bush-haters shouldn’t try to take advantage of this next statement. After the initial push in Iraq, our problems were a lack of intelligence…oh, and there were the bothersome mainstream media and the Liberals.

The terrorists had us right where they wanted us.

So how do you gather intelligence? Believe it or not, the first step is to establish an embassy. An embassy allows you to embed people into the culture of the nation you are watching. You learn their language, their habits, and their culture, and have the ability to keep their fingers on the pulse of society.

If there long enough, the embedded people actually become indigenous with the general population, blending in with the locals to a large degree. At this point, you are now able to gather effective intelligence. Perhaps a better way to put this is you have your spy network in place.

Because the spy network is not just your people, but indigenous people sympathetic to your cause, you eventually recruit shop owners, policemen, legislators, and so on as part of your network. Having this network allows you to shape policy, so that it meets the needs of your nation.  This is not as sinister as it may appear.

In Iraq and Afghanistan, it took the US some time to establish an effective intelligence gathering organization and proper network.  They didn’t trust us. We had abandoned countries, governments, people in the past, and they weren’t sold that we wouldn’t do this again.

Next, most of us don’t look like them. The people of these countries lead difficult lives. They have two seasons in that region of the world: Damn hot and damn cold. They essentially live to survive. They have fought despots and invaders for centuries, and it shows on their battle-worn, leathery faces. So even the Muslim expatriates-turned-US-citizens would stick out like a Hell’s Angel at a Starbucks.

It would take some time to find, vet, and train operatives, all the while a war was raging with US. This war had been going on long before George W Bush. He was just smart enough to recognize it for what it was, and act. He connected the dots on all these “terrorist acts”, which when examined in todo, proved to be war against the US. His “smart” predecessor bombed an aspirin factory, in comparison.

So our military and clandestine agencies did what they could, converting the hearts and minds of these indigenous people. We assured them that we would not turn our backs on them, as we had in past Democrat administrations. Their struggle was our struggle, a struggle for freedom, however they defined freedom, not us. And these leathery men and women took up arms with America.

And we are winning. The question is, “What happens if we lose?” 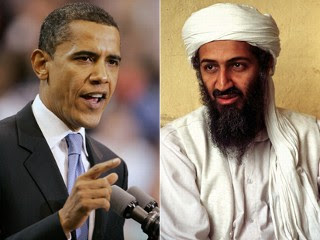 They understand our culture. They have their finger on the pulse of America, and in many cases are manipulating us, through our media and other means. Many of them teach our children in primary, secondary, and in colleges and universities, and they are at all levels of government.

The dismantling of GITMO, the de-fanging of America’s military, laws against monitoring phone calls of terrorists, and the inability to harshly question terrorists come at such poignant time in America’s War on Terror, and all have potentially devastating consequences.

Given all the intelligence that a president sees in America…perhaps the terrorists have us right where they want us?

Kevin Jackson is an author of four books in sales and politics, as well being the author of The Black Sphere blog. He has been published in Africa News and Hoovers. Visit Kevin at http://theblacksphere.blogspot.com or email him at [email protected]
The Black Sphere online magazine is at www.openzine.com/theblacksphere, and you can catch Kevin on The Black Sphere radio show every Thurs 9P-11P Central (times subject to change) http://blogtalkradio.com/TheBlackSphere
Facebook Twitter
Kevin JacksonJanuary 30, 2009
3 minutes read