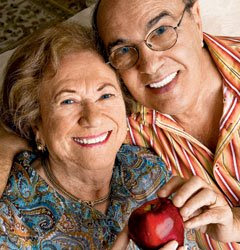 Does any true Conservative take Oprah seriously anymore?  Her show supposedly made separation between the other talk shows about a decade ago to become the de facto top talk show. She elevated the talk show industry it was said.

But from where I sit, Oprah’s show is just high-brow Springer. Who knows how long Oprah has been snowing her viewers? I know I now question fact from fantasy, when it comes to Oprah’s credibility.

Apparently all you need is a “feel good” story with no real substance, and Oprah will buy into it. Let’s chronicle the three “dupes” of which we are aware:

The gist of the Rosenblatt story as told by the New York Times:

This time, it was the tale of Herman Rosenblat, who said he first met his wife while he was a child imprisoned in a Nazi concentration camp and she, disguised as a Christian farm girl, tossed apples over the camp’s fence to him. He said they met again on a blind date 12 years after the end of war in Coney Island and married. The couple celebrated their 50th anniversary this year.

As it turns out, it was all a scam. Herman admitted that he embellished the story. As if Oprah had any credibility with me before, but I would just file all Oprah book club recommendations under “Fiction”.

I find it amazing that with all the researchers that Oprah has on staff that she cannot do a better job of verification of facts in these stories. It was only three years ago that James Frey, author of “A Million Little Pieces” was showcased by Oprah, only to be discovered that he had exaggerated details of his memoir of drug addiction. Oprah later metaphorically tied him to the pickup and dragged him down Harpo Lane on a show dedicated to “correcting the record”. More like “restoring her credibility“. It didn’t work for me. 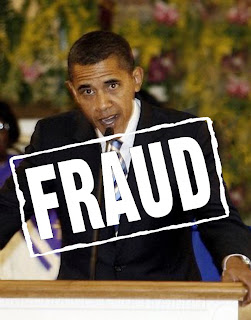 Regardless, Oprah loves a good fiction. If it doesn’t actually exist, then she will help create it. How else could a Kenyan born, community organizer, one-term junior senator, Muslim-turned-Christian-but-doesn’t-go-to-church, on the DL, no-substance-having guy get the attention of Oprah Winfrey? Create a fiction!

Oprah is a delusional romantic at heart and of course a misguided Democrat. She actually believes that liberalism is the reason for her success, and she loves the Horatio Alger aspect of The Obama Myth, a fiction she created.

The Rosenblatt story is likely the norm on Oprah’s sensationalized talk show. We will likely find out about more “dupes” that have been perpetrated on or by Oprah. But we will get the chance to watch one dupe unfold over the next four years of ObamaNation.

And once the curtain is up on Obama’s act, will Oprah dedicate a show for her and Obama to do a public mea culpa, as she did for James Frey? Of course not. Because this time, Oprah will be as complicit as Obama in the creation of this fantasy.  Just like she is when she puts that “other” woman on ALL the covers of “O” magazine.

Kevin Jackson is an author of four books in sales and politics, as well being the author of The Black Sphere blog. He has been published in Africa News and Hoovers. Visit Kevin at http://theblacksphere.blogspot.com or email him at [email protected]
The Black Sphere online magazine is at www.openzine.com/theblacksphere, and you can catch Kevin on The Black Sphere radio show every Thurs 9P-11P Central (times subject to change) http://blogtalkradio.com/TheBlackSphere
Facebook Twitter
Kevin JacksonJanuary 7, 2009
2 minutes read
Don’t Miss Out!