As most of you know, I was on a self-imposed media blackout, pardon the pun. If you are like me, the thought of watching all that Liberal hypocrisy was just too much to bear. I felt as if I would be watching Day One of the fall of America as the great nation that we all know and love.

My other reason for the blackout was that when asked, “What were you doing when Obama was sworn in?“, I wanted to be able to honestly say that I was handling important matters, matters that were on par with the pageantry in DC.

For example at the precise moment that Obama was to be sworn in, I made sure that I was prominently placed on the porcelain crown in my master bathroom… in honor of the moment. For those inquisitive minds, yes #2.

Despite my blackout, as you know news has a way of leaking in. So I did catch snippets of news here and there, and am just getting caught up on the stories of the yesterday.

So the first story I was hit with was Obama’s speech. People describe it as somber…black. I chuckle at the irony. I guess people were expecting yet another flowery speech, full of sunshine and rainbows, and sprites dancing about, only to be greeted by a more somber Obama. I heard he told the next generation to “lower expectations”. Good luck lowering expectations Madame President.

I learned that the Dow dropped over 300 points yesterday. Apparently the Dow celebrated the Obama Era appropriately, setting a record low for a president entering office. A record low, for a record low. I must say, the Dow got it right, even if the media didn’t.

And then I heard an excerpt from a “pastor” who spoke, saying things like, “…brown can stick around, yellow should be mellow…”. Talk about a circa 60’s throwback. That’s pimp talk. Tell me this “pastor” was wearing a fur coat and a fedora…with a feather? The new administration ushered in by a relic. A poverty pimp. A race baiter.

So the administration that is supposed to showcase the racial harmony is in fact showcasing more racial divisiveness. When was the last time you heard race discussed this much in America? And wasn’t the election of Obama supposed to be the end of racism. Yet, Colin “Turncoat” Powell was on TV this morning saying, “…this is just a first step“. Liberal hypocrite. We Conservatives had a mole in our midst with Powell. Those Liberals are tricky little animals. 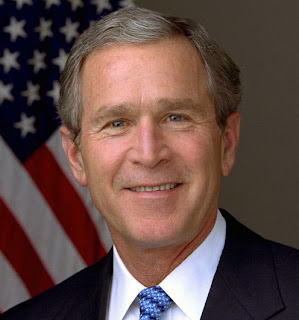 The era of ObamaNation was showcased in all its ghetto-fabulous glamour yesterday. We are back to the era of style over substance, ignorance over knowledge, hypocrisy over accountability. So as would be expected from ObamaNation, they booed outgoing President Bush.

As much as any good Conservative couldn’t stand Clinton, we didn’t boo the man when he left. But ObamaNation has no respect for tradition or decorum. And they would have you think they are the “tolerant” bunch, and the dictionary definition of liberal.

George Bush was a good president, who probably faced the toughest media in the history of America. Yet he never sacrificed his core, even when it didn’t suit fellow Republicans or Conservatives. And no matter what, nobody can argue that he was unyielding in his protection of America.

The idea that yesterday all across America, the picture of a true American patriot was taken down from all federal buildings, and it was replaced with the picture of Obama, well that was the real story of yesterday.

Kevin Jackson is an author of four books in sales and politics, as well being the author of The Black Sphere blog. He has been published in Africa News and Hoovers. Visit Kevin at http://theblacksphere.blogspot.com or email him at [email protected]
The Black Sphere online magazine is at www.openzine.com/theblacksphere, and you can catch Kevin on The Black Sphere radio show every Thurs 9P-11P Central (times subject to change) http://blogtalkradio.com/TheBlackSphere
Facebook Twitter
Kevin JacksonJanuary 21, 2009
3 minutes read