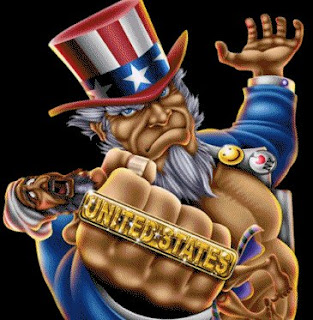 I find it interesting that the president in a democracy would feel it necessary to “call out” an ordinary citizen who happens to have a differing view on the economy than he. Everybody says that Obama is supposed to be so cool. That’s not cool at all. Frankly, I find it a rather “punkish” move.

The punkish move was made against Rush Limbaugh. And in recent comments Obama admonished Republicans not to listen to Limbaugh, because Obama feels that Limbaugh might have an impact on his ability to get his stimulus plan approved.

Though Limbaugh is one of America’s most prominent Conservatives and has a popular talk show, he is not a government official. He’s just a guy with a microphone, trying to make a living. Why call him out?

Can’t have anything like sanity getting in the way of likely catastrophic policy for the economy? That is, if Obama actually cared about the economy. Hmmm…

Obama’s agenda is more sinister than wrecking the economy, at least for Conservatives. The real agenda is about solidifying the power base of the Democrats. And in order to do that, you can’t have a strong economy, and in fact you need a weak economy and more government wards. Inspiration needs to be put on the back burner. Or as our new leader said, “…need to lower expectations”. Well I’ve certainly lowered mine.

The trickeration is that Obama will use taxpayer money to get himself re-elected. Oh he will pull through other Democrats as well, but only because he needs them. But don’t believe for a second that he actually cares about them. Everything is about him.

Recall when I wrote that when Obama became president, that was the end game; there was nothing left to which to aspire. Well I should have said that there is nothing except his next election, the first of which will occur in four years.

And don’t be surprised if we could get three or four Obama terms. Plans are already underway to get term limits revoked [H.J. Res 5], so know that Obama plans on staying longer.

He is already the first Black president (so they tell me), so why not push the envelope even further? Be the next FDR, only blacker and better?

Obama made the following statement:

“What an opportunity we have to change this country.  The American people are really counting on us now. Let’s make sure we take advantage of it.”

This is similar to the statement made by Rahm Emanuel, which essentially was that a crisis presents an opportunity to promote one’s own agenda, and essentially be given carte blanche and a blank check. I have explained in the past that Democrats govern with Crisis Management.

Many Republicans, RINOs are saying that we need to give Obama a chance. These people are the moles within our ranks, because no true Conservative would consider partnering with Obama, or giving him quarter. When he sides with us, we support ‘his position’, not him. When he doesn’t, we fight him tooth and nail. That should be our only position. The Congressional Democrats need Republican support in order to blame them, when it fails.

We must weed out these weak-kneed RINOs, or they will be fall like frightened narcoleptic goats to the the Democrats’ agenda. Republicans are now being “set up” by Obama to believe that he is a centrist, and willing to listen. He listened just recently to a Republican Congressman. Then he simply commented, “I won“. 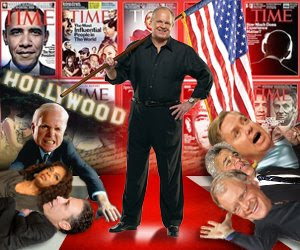 To most Americans it may appear that Obama is attempting to marginalize Limbaugh. To think that way is playing checkers. However I play chess.

With nobody to blame, i.e. Bush or a Republican Congress, Obama needs a scapegoat, a way out, a “get out of jail free” card. . And unlike these small morsels he has thrown to his ObamaBots in his first week, the financial issue will fall squarely on his shoulders, despite attempting to blame Bush for “…eight years of failed Bush policies“.

Who better than a pudgy Republican radio show host to be able to blame, should Obama not be able to get his “package” passed. Obama will accept no responsibility for failure in any way.

Next stop, The Unfairness Doctrine.

Kevin Jackson is an author of four books in sales and politics, as well being the author of The Black Sphere blog. He has been published in Africa News and Hoovers. Visit Kevin at http://theblacksphere.blogspot.com or email him at [email protected]
The Black Sphere online magazine is at www.openzine.com/theblacksphere, and you can catch Kevin on The Black Sphere radio show every Thurs 9P-11P Central (times subject to change) http://blogtalkradio.com/TheBlackSphere
Facebook Twitter
Kevin JacksonJanuary 25, 2009
3 minutes read