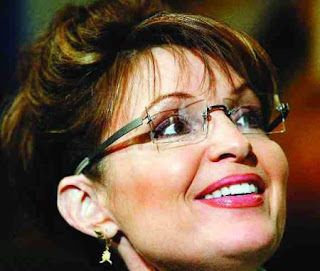 The reason Liberal women hate Sarah Palin is very simple…fear. They fear Sarah Palin, because she exposes their lies.

Without the intimidation of the hardcore Left, most women in America see Sarah Palin for what she is…the epitome of the American woman.

Sarah Palin’s appeal is not limited to just one thing, as it is with most Liberal female icons. Most of them are one trick ponies. Being brutally honest, most female Liberal icons are mean-spirited, and unaccomplished. Those who have accomplished anything have done so based mainly on the movement. They are the Jesse Jackson and Al Sharpton equivalents for the women’s movement, interested only in how the movement can really benefit them. Take away the movement, and they are little more than a footnote in history.

Alaska’s Sarah Palin is the polar opposite of these women, pun intended. Palin has accomplished more in her short life than 99.9% of the so-called Liberal women leaders that the Left adore. And she is a woman whose accomplishments are her own.

Don’t get me wrong, Palin has a good, strong husband who is her staunchest supporter, and Todd Palin deserves credit for his contribution. And Sarah understands the role of her husband in her life and the lives of her children, and she respects his role. Palin knows that to have a strong man doesn’t diminish her as a woman. Quite the contrary. Mates are reflections of each other. Don’t believe me, just look at the Clintons for evidence. 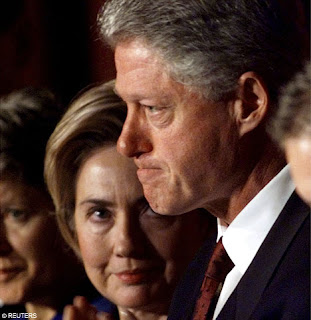 But unlike Bill did Hillary”Drop My Maiden Name It’s Not Working” Clinton, Todd didn’t have to carry Sarah. Bill Clinton might change “He Ain’t Heavy, He’s My Brother” to, “She is Heavy, She’s my Power-Hungry Sycophant Lover.” The Billary story is not isolated, however.

When you look at many other Liberal elitist women like Pelosi, for example, the dirty little secret of the women’s movement is many use their rich fat-cat husbands to do their bidding, and then repay them with cushy under-the-table deals. My contention is that it is these powerful men pulling the strings for Clinton, Pelosi, and that ilk, regardless to what rank these women rise.

It should be noted that Palin was not “gifted” with undeserved offices, because of fortune or fame…or riding the coat-tails of a man. Palin’s political offices were earned. No carpetbagging. In fact Palin is actually from the state she governs, and actually knows many of her constituents.

Another Palin attribute that really irks the women of the Left is that Palin is the consummate wife and mother, proving that it is possible to balance work and family. The Palin’s have the all-American family, as the mainstream media was happy to show us. Teenage daughter who got pregnant too young, Trig, a beautiful baby boy who happens to have Down’s Syndrome, and the Palin’s have many other issues that families go through in America at one point or another.

Palin’s family shows that Conservatives have problems, like everybody else. But Conservatives have the sufficient moral and spiritual foundation to deal effectively with their problems without creating alternative universes. . Liberals need to create Bizarro Worlds in order to cope with dysfunction.

But Palin proves that her world doesn’t have to be perfect as society defines it, because when she found out that her last child would be born with Down’s Syndrome, it was no crisis. For Palin it was just a special needs child, whom she would love like all her other children. Abortion was not an option, nor should it have been. She chose life, pure and simple. Because for Palin, the life of that little boy may not appear perfect to others, but he is just perfect her and her family.

Sarah Palin represents all the historical struggles of American women, and she is the iconic image of all those rights. Palin is proof that the women’s movement has run its course, just like the Civil Rights movement. She proves that there is nothing a woman can’t do, nothing stopping women from achieving the greatest that America has to offer.

Palin is more than just about her family. She supports her extended family of Alaska, which is why she is so beloved in her state. The Liberals know that with more exposure, Palin’s infectious way would resonate with most Americans. Americans know the “genuine article” when they see it. The real McCoy.

And Palin’s outer beauty serves as a reminder of the inner beauty and strength of the Conservative American woman, a woman who lives inside the majority of American women, including the Liberal ones.

This is why Liberals fear Sarah Palin.

Kevin Jackson is an author of four books in sales and politics, as well being the author of The Black Sphere blog. He has been published in Africa News and Hoovers. Visit Kevin at http://theblacksphere.blogspot.com or email him at [email protected]
The Black Sphere online magazine is at www.openzine.com/theblacksphere, and you can catch Kevin on The Black Sphere radio show every Thurs 9P-11P Central (times subject to change) http://blogtalkradio.com/TheBlackSphere
Facebook Twitter
Kevin JacksonFebruary 11, 2009
3 minutes read
Don’t Miss Out!