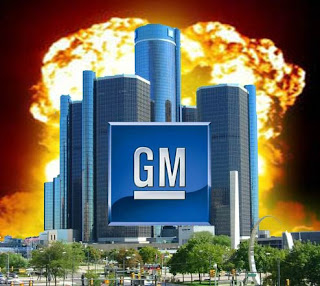 GM is taking what has to be one of the most innovative approaches to the business of manufacturing automobiles. They are just going to not make them.

“…The fact of the matter is, right now we’re losing money on pretty much every car we make…So you can imagine how much money we’d save if we just stopped making them.”

I think I’m going to start a business that is in the business of making nothing, then ask the government for billions of dollars to bail me out. All I need is for a million other people who say that they depend on my business.

When did the light come on that GM has been “losing money on pretty much every car we make“, as Henderson said? Years!

Al l the automakers have been bleeding billions of dollars for years, so these losses are nothing new. The only reason the light is being shined on this subject is Uncle Sugar is running out of money. Up to this point, the automakers have used the government, i.e. the taxpayer, as their own personal piggy-bank. The not-so-dirty-little-secret is this has been done at the behest of the unions.

What’s next, paying farmers not to farm? Oops, our government has done that too.

“Nationwide, the federal government has paid at least $1.3 billion in subsidies for rice and other crops since 2000 to individuals who do no farming at all, according to an analysis of government records by The Washington Post.”

Only our government would consider something so asinine, and here the Liberals are back at it.

Henderson says the rest of the “fix” for GM, aside from receiving billions of taxpayer money to not make cars, will be “to sell showrooms and fixtures.” Sell this stuff to whom? Folks this is a guy who is earning millions of dollars to come up with these ideas, these “jewels“. Is there any wonder GM is in trouble?

Henderson goes on to say that GM could switch to manufacturing vacuums, clothes dryers, and lawn mowers. I love this strategy. Move from a focused strategy of losing money manufacturing one product, and shift that strategy to losing money on three products.

There is gold at the end of the rainbow in this strategy, however…for the unions. I can see it now, the United Vacuum’s Union, United Dryers’ Union, and the United Mowers’ Union. 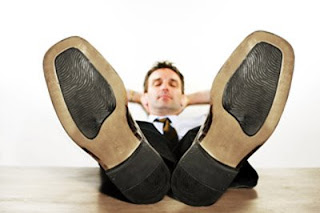 The automakers are supposed to present their plans to the Fed to justify the money they have received. Bankruptcy remains a consideration for the automakers, even after receiving our money.

So next time you see somebody with a UAW hat on, be sure to remind them that you have carried their heavy butt for decades. The idea that many of these people get paid almost their full salary when laid off, I find beyond belief.

That is until I learned that GM is receiving money to not produce autos.  So workers are paid not to work, to which in turn produces nothing.  Ok, now I get it.

Kevin Jackson is an author of four books in sales and politics, as well being the author of The Black Sphere blog. He has been published in Africa News and Hoovers. Visit Kevin at http://theblacksphere.blogspot.com or email him at [email protected]
The Black Sphere online magazine is at www.openzine.com/theblacksphere, and you can catch Kevin on The Black Sphere radio show every Thurs 9P-11P Central (times subject to change) http://blogtalkradio.com/TheBlackSphere
Facebook Twitter
Kevin JacksonFebruary 16, 2009
3 minutes read
Don’t Miss Out!