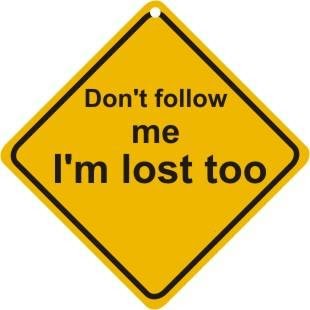 I chuckled when I read in the Washington Post that Hillary Clinton will be reaching out to the Islamic world, “to restore the image of the United States in the Islamic world“. What an emissary to represent “us”!

According to the article, Secretary Clinton will be traveling to Indonesian, one time stomping ground of Obama himself. We can only hope that Clinton won’t need to dodge any hostile surface-to-air missiles or gunfire, as she did in Bosnia when she was covering international affairs for America…as a housewife.

Like Obama did in Germany, Clinton will apologize on behalf of the United States for something. With the Liberals, there is always a reason for the US to apologize.

Perhaps she will apologize for our treatment of Islamic citizens in the US. Wait. No story there, as we don’t behead Muslims for living in America, as they do us when we travel unprotected to their countries, however harmless our motives.  So it can’t be our treatment of them.

Maybe Obama wants to export feminism. After all he has already exporting abortions, so why not introduce the Muslim world to all the tenets of the NOW Generation. If this is the case, then Obama has indeed picked the right poster child in Hillary Clinton.

What puzzles me, however is if Obama really wanted to reach out to the Islamic world, wouldn’t he have picked a man? What about a Muslim man? From Muslim News:

“Middle Eastern governments shunned by the George Bush administration gave a cautious welcome to the new US President Barack Hussein Obama’s pledge to reach out to the Muslim world, saying his policies needed to match his words.”

Nevertheless, the first of many bad policy mistakes Obama made was selecting a neophyte, NOW-Generation woman as Secretary of State, and then beginning her tenure with the philosophically wrong premise.

Leave it to Obama to provide some nebulous term like “restoring America’s image to the Islamic world“, and send some poor loser out to preach “the message.”  Restore our image to what?

I’m not sure how far you would have to go back in Islamic history to find when they loved us ‘infidels”? I would even settle for liked or tolerated. I am no student of the Quran, but I googled “Muslim love infidel“, and I got back a lot of info [457,000 items] on why Muslims cannot love the infidel, and should actually kill the infidel.  The fact is that the Muslim’s have never loved the infidel, and they never will.

Sending Clinton as the envoy to restore America’s image in the Islamic world is indeed “putting lipstick on the pig“…pun intended. Why didn’t he send her over with bags of seasoned pork rinds with her as gifts? That’s right, all the pork was used up in the $787B Obamulus von Porkulus.

Regardless Hillary Clinton will go over in the Muslim world about as well as pork sausages at a Muslim picnic. I’m beginning to think that “reaching out to the Islamic world” equates to what Bill Clinton did in “putting the First Lady in charge of health care“. We all know how that turned out. 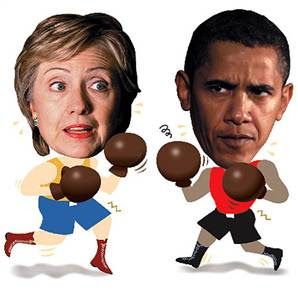 Obama knows this is a suicide mission. Clinton is a kamikaze. What better way to marginalize Madame Clinton, than to send her on Mission Impossible?

Obama has no doubt that Clinton will be a dismal failure for reasons too numerous to discuss in one blog. But most importantly for Obama, she will be embroiled in turmoil, occupied his entire four years. Brilliant move, except for dealing with the real issues of the role of Secretary of State.

And as for “restoring America’s image to the Islamic world“, if they find us infidels now, how do you think they will find us after dealing with one of our NOW-generation women for four years?

Kevin Jackson is an author of four books in sales and politics, as well being the author of The Black Sphere blog. He has been published in Africa News and Hoovers. Visit Kevin at http://theblacksphere.blogspot.com or email him at [email protected]
The Black Sphere online magazine is at www.openzine.com/theblacksphere, and you can catch Kevin on The Black Sphere radio show every Thurs 9P-11P Central (times subject to change) http://blogtalkradio.com/TheBlackSphere
Facebook Twitter
Kevin JacksonFebruary 18, 2009
3 minutes read