Obama is selling pork, and just in time for spring barbeques. There is an unmistakable aroma to smoldering pork…sort of like the smell of panic.

Polls slipping, Obama decided to that attack CEOs for their shameless bonuses – easy targets, and in fact scapegoats. A little cabrito for the barbeque. Nothing like serving up goat, and ‘scape’ is the most succulent kind.

I watched a snippet of Obama’s press conference, and he was coached. His handlers obviously pulled him aside and informed him that he must appear to be more in charge, to be a leader. It’s not working. At least that’s what the polls say.

Obama’s defiance was in an effort to sell Obamulus von Porkulus, or “a turd by any other name, would it still smell as well…turdy?”. So there he stood at the podium, defiant, but still cool, like a Mack about to put a beatdown on his “ladies”.

An obvious tribute to Reverend Wright, Obama sermonized to the American public, reminding us that he was “handed this economy.” Translated: You selected me, I didn’t select you. Many countries wanted me, and you are lucky to have me, yet now you want to criticize me?!

Obama said, “They didn’t vote for the status quo; they sent us here to bring change“. Here’s an example of “the change we need”:

“We are not going to get relief by turning back to the very same policies that for the last eight years doubled the national debt and threw our economy into a tailspin.”

Obama is right on one thing. We do need change. First, I’d like my change back. But if I can’t get that, then riddle me this, “What do we need change from?”

So let’s correct Obama’s comment. He should have said, “We are not going to get relief…for the last two years, under the Democratically-controlled Congress…”. That would have been the real truth. We had six great years of Bush, and two pitiful years of Pelosi and Reid.

So they sell the spin by producing commercials that reinforce the hypnosis of the “least common denominator“, the Obama voter, as they chant the monotone drone of “Yes we can.”

However the commercials don’t appear to be working, as even his own Sodomites are holding their noses at “StinkFest: The celebration of Pork-A-Palooza.” Approval ratings are now at 34%, at last check, and collapsing faster than well…Obama’s cabinet appointments. [chuckle]

Obama is not used to anything less than complete adulation and ultimate capitulation. He doesn’t understand why his “words” cannot sway the public, and those pesky Republicans. I imagine Obama feels like Joachim Phoenix playing the role of Caesar in Gladiator, when he says, “This truly vexes me.” 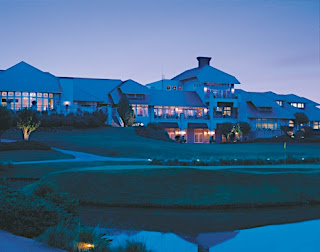 Obama is scared, panicked. His approval ratings have dropped from the 80s to the 60s, and the 40s are out their licking their “porkchops”. When he dips below 50% approval, we may have to put him on suicide watch.

They are hopefully beginning to see what we already know, which is the problem isn’t so much with corporations, but with massive corpulent government. And this meeting of Democrat fat cats was simply to rally behind their embattled leader, so they could boost his confidence, which is likely around where his spending package is…34%

Spea
ki
ng of government fat cats saying, “Do as I say, not as I do”, remember all the hoopla over the companies receiving bailouts having lush getaways at retreats? Well guess where Obama was, when he was sermonizing? He and about 200 House Democrats were at the Kingsmill Resort and Spa.  The barbecue served was the American taxpayer.

Kevin Jackson is an author of four books in sales and politics, as well being the author of The Black Sphere blog. He has been published in Africa News and Hoovers. Visit Kevin at http://theblacksphere.blogspot.com or email him at [email protected]
The Black Sphere online magazine is at www.openzine.com/theblacksphere, and you can catch Kevin on The Black Sphere radio show every Thurs 9P-11P Central (times subject to change) http://blogtalkradio.com/TheBlackSphere
Facebook Twitter
Kevin JacksonFebruary 6, 2009
3 minutes read
Don’t Miss Out!