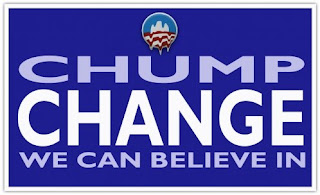 Well dip me in doo-doo and roll me in bread crumbs, Obama is giving us back $65 a month! What are you going to do with your “chump change”?
Well don’t start spending it too fast now. The average “take home” part of that $65 will be about $40 or $10 a week. Because as we all know a big portion of our income goes back to Uncle Sugar in the form of social security taxes, medicare/medicaid, and of course taxes! Somebody’s got to pay for the deadbeats and illegals. Hardworking Conservatives who actually pay their mortgages make good suckers.
Obama must feel very magnanimous, as he “ordered” the treasury to give this money to America’s working people. I noted the language, “ordered“, because I know that Obama doesn’t consider it our money to begin with. He can order his money to do whatever he wants. It’s nice that he is giving us a tiny morsel of his money. Any other way of thinking about this would make you…Conservative? No silly, an ingrate!
Here’s a thought. When you have given nothing to get this $65, you may actually feel beholden to Obama. However by my calculations, I am carrying around 25 or so of my chitlin’ eating brethren on my back based on my tax bill, so Obama won’t be getting any props from me.
There are those among us who may get a bit emotional over the government giving you your money back, because it so rarely happens; and certainly not by a socialist. However recognizing that the government is stealing almost a trillion of our dollars, and “all we are getting is this t-shirt“, we might want to get some resolve.
Let’s do some real math. A trillion dollars is enough money to give every man, woman, and child in America around $3000. So in my family of six people, I am due $18,000 of my dollars. With only one worker outside my home, my family will receive only about $520 of my $18,000.
Now $520 is just a fraction of the $18,000 I should get, however for the government it could be worse. Consider for example the outlook for social security? Only a trombone player with a pager could believe he will ever see any of this money. What are you, an optimist?
I chalk this up to Liberal math, and heed the sage words of this country song: “My Every Day Silver is Now Plastic“.
But Obama is not limiting his generosity to just us common people. In fact, he is giving money to cities as well.
In a recent meeting with 80 mayors, Obama warn them not to squander this money. When you consider that the majority of the mayors are Democrats, they certainly need to be warned to act fiscally responsible. Those Democrats are bad with money.
What bothers me is that it was if Obama was the Dad giving out allowances to a bunch of precocious teenagers. And frankly, Obama counseling mayors on fiscal responsibility is tantamount to Rosie O’Donnell giving fitness advice to Victoria’s Secret models.
Truth be told, and I’m here to tell it, Obama’s real agenda in meeting with 80 mayors was to make sure they could shore up the inner city vote, i.e. the Black vote. Gotta make sure ACORN gets all their money. Don’t go fixing roads and bridges and such with this money, when there is another election to win in four years.
Here’s the wrap: 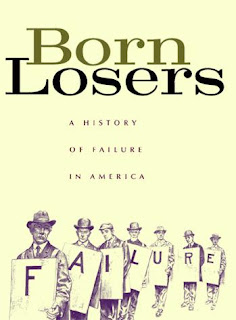 This $40 a month give-back program is to take your mind off the fact that Obamulus von Porkulus outspent seven years of Bush in less than 100 days, and he is not through.
Obama will be back to the well, taxing the rich, and telling the poor to just sit there, shut up, and look fabulous. Obama needs a nation of bottom-feeders, getting something for nothing. This includes the states.
So for the undeserving unproductive leeches with your hands out, I ask all good hardworking, taxpaying America-loving Conservatives to call them what they are. They are the least common denominator of America. Let’s make sure that they know it.
That’s my rant.
© 2009 Kevin Jackson – The Black Sphere All Rights Reserved

Kevin Jackson is an author of four books in sales and politics, as well being the author of The Black Sphere blog. He has been published in Africa News and Hoovers. Visit Kevin at http://theblacksphere.blogspot.com or email him at [email protected]
The Black Sphere online magazine is at www.openzine.com/theblacksphere, and you can catch Kevin on The Black Sphere radio show every Thurs 9P-11P Central (times subject to change) http://blogtalkradio.com/TheBlackSphere
Facebook Twitter
Kevin JacksonFebruary 23, 2009
3 minutes read
Don’t Miss Out!