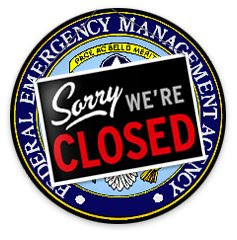 Is Obama retaliating for what the mainstream media referred to as Bush’s lack of response on Katrina, by disregarding the Rednecks from the South throughout the Midwest?

Many states, particularly Kentucky are in the midst of a devastating ice storm.  Yet there is very little media coverage about what is happening, and FEMA has been essentially a no show. I guess this is what they get for voting RED.

Here’s what Yahoo News reports:
“Local officials were growing angry with what they said was a lack of help from the state and the Federal Emergency Management Agency. In Grayson County, about 80 miles southwest of Louisville, Emergency Management Director Randell Smith said the 25 National Guardsmen who have responded have no chain saws to clear fallen trees.”

Unlike Katrina, the most devastating natural disaster to hit the US, and one where the people of New Orleans had ample time to make arrangements to move, this ice storm left little time for response for residents impacted.

So 42 people have died…so far.  And 1.3M people are without power, yet again no outcry from the media.  I guess because there aren’t enough ‘victims of choice’, so the media has chosen to be relatively silent on coverage…oh, and on Obama’s lack of adequate response?

FEMA deals with ice storms all the time, so one would think that the government is more than ready for such disasters. As bad as this storm is, it is not “the most devastating ice storm ever to hit the US“. I would think there is a playbook available for Obama to read in order to help these people? Worst case he could google the info on how to respond, then IM or text somebody in the Fed, who could email somebody, who could eventually find a competent Conservative or two to go help these people?

“Meanwhile, the death toll was rising: Since the storm began Monday, the weather is suspected in at least 11 deaths in Kentucky, nine more in Arkansas, six each in Texas and Missouri, three in Virginia, two each in Oklahoma, Indiana and West Virginia and one in Ohio, with most of them blamed on hypothermia, traffic accidents and carbon monoxide poisoning from generators.”

But while people in the Midwest were freezing to death, Obama was at a political gathering at the Alfalfa Club, roasting Rahm Emanuel.

I can’t say that this surprises me. Obama is not going to miss a photo op, or chance for a sound bite to mention “change” and “hope”. Lucky for him the digital conversion hasn’t occurred so he be assured that all of America heard the sound bites from the party. Perhaps the fact that Americans are freezing to death will eventually work its way up to his Blackberry screen soon. 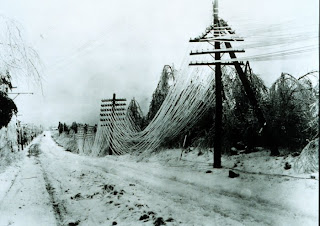 When the lights went out during Obama’s multi-million dollars lobbyist funded vacation in Hawaii, they provided three backup generators for him within hours. FEMA can’t seem to get generators to hospitals, nursing homes, and residents who are fighting for their lives, and they have had the better part of a week.

Meanwhile Obama is turning up the heat in the White House, warm and cozy around 76 degrees. I hear he likes it warm and toasty “up in there”.

So like people said of Bush during Katrina, the worst natural disaster to hit the US in history…I’m sure Obama hates Rednecks.

Kevin Jackson is an author of four books in sales and politics, as well being the author of The Black Sphere blog. He has been published in Africa News and Hoovers. Visit Kevin at http://theblacksphere.blogspot.com or email him at [email protected]
The Black Sphere online magazine is at www.openzine.com/theblacksphere, and you can catch Kevin on The Black Sphere radio show every Thurs 9P-11P Central (times subject to change) http://blogtalkradio.com/TheBlackSphere
Facebook Twitter
Kevin JacksonFebruary 1, 2009
3 minutes read
Don’t Miss Out!