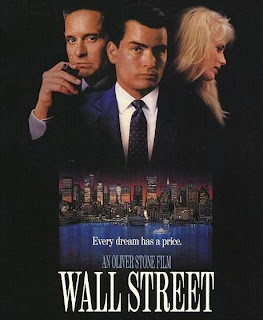 The polls are in.  Poor people of America hate that CEOs took $18B in bonuses. Needless to say, this is a crisis. And in a crisis it is necessary for Obama to step in, which in this case means he must punish these bad CEOs…the new boogeymen.

They also make great distractions, and based on Obama’s performance in his first two weeks, he needed a good distraction. We should be questioning his CEO credentials, and the fact that he can’t pick a cabinet of lawful citizens. Oh, and there is this nasty business of Obamulus, now closing in at $900B. When you examine the pork in this bill $18B of CEO bonuses looks like a gnat on a boar’s butt.

What we are not being told is that these CEOs are not arbitrarily setting their compensation packages.  It is the board who approves these packages. So shouldn’t Obama be chastising the boards, and not the individual CEOs?

Regardless, Obama scrutiny will only apply to rich, White, private-sector boogeymen, and not to Liberals like Franklin Raines, a Liberal brother who exited the CEO “bidness” with perfect timing:

“In the four years since he stepped down as Fannie Mae’s chief executive under the shadow of a $6.3 billion accounting scandal, Franklin D. Raines has been quietly constructing a new life for himself. He has shaved eight points off his golf handicap, taken a corner office in Steve Case’s D.C. conglomeration of finance, entertainment and health-care companies and more recently, taken calls from Barack Obama’s presidential campaign seeking his advice on mortgage and housing policy matters.” (Anita Huslin, “On The Outside Now, Watching Fannie Falter,” The Washington Post, 7/16/08)

Raines managed to bilk the government out of $billion, getting a mega $million package for himself. Yet Obama sought counsel with him on how to handle…the financial crisis. Does it even surprise any of you that Obama would ask for counsel on a financial crisis from a disgraced CEO, who was complicit in creating the financial crisis? I couldn’t make this stuff up folks.

Guess who was complicit with Raines in his duping of America? None other than Democratic Congressman from Massachusetts, Barney Frank and Democratic Senator from Connecticut, Chris Dodd. So not only did these men allow this to happen under the careful scrutiny of Nancy Pelosi and Harry Reid, they then had the nerve to ask for $350B to manage the fallout of their actions.

So where did that first $350B go? Well we are still looking for that. And that fact that the Democratic controlled Congress has admittedly set no standards for how $350B should be managed, doesn’t rise to the level of a “crisis” in the eyes of Obama. But $18B of so-called CEO abuse, well now that’s a crisis. 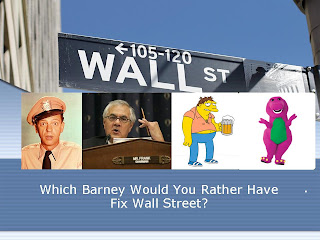 Our Congressmen are the CEOs of our various states. They are appointed to represent our interests. And just the other day the CEOs in the House gave themselves $93K in additional “petty cash” to use at their sole discretion. They didn’t ask the board, and they didn’t ask the shareholders, aka the taxpayers. They just did it.

But let’s not forget their recent pay raise, taking their pay to $174K, and in the top 6% of incomes in America. These raises in salaries occur automatically, unless they vote for them not to occur.

“As lawmakers make a big show of forcing auto executives to accept just $1 a year in salary, they are quietly raiding the vault for their own personal gain,” said Daniel O’Connell, chairman of The Senior Citizens League (TSCL). “This money would be much better spent helping the millions of seniors who are living below the poverty line and struggling to keep their heat on this winter.”

While Obama was lambasting private sector CEOs over $18B, the real thieves are these Congressional CEOs, and cronies thereof, and they are robbing us in plain sight, because they report to no one, not even us.  No board for oversight, and no Obama breathing down their necks.

Here is what this is really about.  The Messiah is going to need to blame the falling stock market on somebody.  He won’t blame his bosses, the Democratic Congressmen.  Thank God for the easy targets, scapegoats, boogeymen…rich, private-sector CEOs.

Kevin Jackson is an author of four books in sales and politics, as well being the author of The Black Sphere blog. He has been published in Africa News and Hoovers. Visit Kevin at http://theblacksphere.blogspot.com or email him at [email protected]m.
The Black Sphere online magazine is at www.openzine.com/theblacksphere, and you can catch Kevin on The Black Sphere radio show every Thurs 9P-11P Central (times subject to change) http://blogtalkradio.com/TheBlackSphere
Facebook Twitter
Kevin JacksonFebruary 5, 2009
3 minutes read