If you are like me, on November 4 you kept your promise that if the most unqualified person in the history of American politics was elected, you would pull an Alec Baldwin and leave America. Or more closer to the truth, America would leave you.

So like me, you awoke on November 5 completely relocated. It was the simplest move any of us have ever made, as there were no boxes, packaging materials, and so on. No moving trucks were needed. No breakage of family heirlooms or articles lost in the move. We all just awoke on November 5, and we were now citizens of Bizarro World.

Our transition to the new world was helped by the mainstream media, who informed us that we were now free to believe in hope and change, though we won’t necessarily get anything. Gone was the reality of morality and accountability, replaced with nebulous notions and ethereal concepts, where we are free to contemplate the idea of “nothingness”.

We also learned in Bizarro World, that the world we left was a world full of racists, bigots, warmongers, tax cheats, and well just a host of unethical creatures, who were “out to get us”. Our new world would change all that, and we would be safe to pursue hope and change.

What I have noticed about the new world is that it is indeed dramatically different than the old world. Though there are still racists, bigots, warmongers, tax cheats, and a host of unethical creatures, they are now consider “the good guys”. And now we are surrounded by “the bad guys”, who I am told are the ordinary honest, hardworking taxpayers. I can’t wait to see how the new world punishes these ordinary honest, hardworking taxpaying citizens!

As with all great Bizarro World unethical leaders, Obama stands by Daschle, the nation’s latest exposed tax cheat, and rightfully so. The precedent was set with the appointment of the first tax cheat, Timothy Geithner who is now the head of Bizarro World’s Treasury Department. And don’t think that this will be limited to these two solid Bizarro World citizens. Who knows how many tax cheats will be exposed in future Obama appointments? 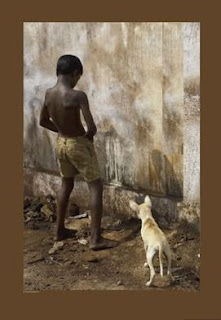 In Bizarro world flagrant violation of our tax system makes you a solid citizen, and elevates you to high positions in the government. Now the stupid ordinary hardworking taxpayers of Bizarro World are complaining. But we tell them in Bizarro World, “Don’t let your logic and common sense and morality clutter your thinking.”

It takes a lot of money to run Bizarro World, so it is necessary to pass the largest deficit plan in history, in order to fund projects that will not contribute to Bizarro World’s economy or well-being, thus bilking Bizarro World’s honest, hardworking, taxpaying citizens.

After all, it is the destruction of Bizarro World that makes us citizens happy. We are fortunate to have such an incompetent leader for our president, and all his unethical appointments. Let’s not put our hands over our heart to praise Bizarro World.

Kevin Jackson is an author of four books in sales and politics, as well being the author of The Black Sphere blog. He has been published in Africa News and Hoovers. Visit Kevin at http://theblacksphere.blogspot.com or email him at [email protected]
The Black Sphere online magazine is at www.openzine.com/theblacksphere, and you can catch Kevin on The Black Sphere radio show every Thurs 9P-11P Central (times subject to change) http://blogtalkradio.com/TheBlackSphere
Facebook Twitter
Kevin JacksonFebruary 3, 2009
3 minutes read