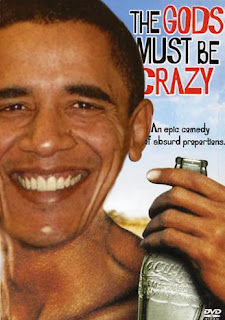 This latest speech by Obama was short and to the point. Obama’s handlers realize that when Obama talks too much, it’s just not good…for him or America. Such is the inevitable outcome, when you declare War on Achievement.

One of my fellow Conservative bloggers [Right to the End] chronicled how the stock market has reacted to Obama, just a few days after his election:

And the freefall continues.

Since Obama’s election, the stock market has now tumbled 2000 points. Obama speeches and “big events” scare the heck out of me. My portfolio called the other day, and left a message that just said, “Dang, Kev!” I completely understood.

This “snippet” press conference came after only two days from the prior address to Congress that pre-empted American Idol. “I’m your American Idol, damnit“.

Obama tried selling his message during prime time, but apparently to no avail. Obamulus von Porkulus, aka Spendulus, aka Turdulus didn’t sell…again. He didn’t get the “bump” he was expecting, after that ‘rousing’ speech, so we got another. What do you bet we get another really soon? I guess no matter how you spin it, a turd is still a turd. Recall that I told you Obama will not be happy unless he can convert everybody to his way of thinking. But why penalize American investors with yet another press conference? To promote the new Recovery Plan, stupid!

Recovery Plan? Where did this new term come from? Apparently the polls are in, and “stimulus” was a “bombulus“, and thus sent packing back to Greece…along with those Greek columns. So “recovery” is the new word of the day. As for Obama’s non-recovery plan, let’s be clear that it won’t recover anything meaningful to American taxpayers. This so-called recovery plan is meant to recover one thing: All Republican held seats for Democrats, at the expense of the American achievers.

Obama was quick to remind us (within one minute of his speech), yet again, that he inherited a $1T debt. And like all good economists, Obama wants to convince us that going into more debt is the way out of debt. I’m sure this is how it works in your home. And if not, why are you being so obtuse. Spend infidel, spend!

Further, Obama deflects you from the fact that he has spent more money in 30 days, than Bush has spent in 8 years. That’s what happens when you give a brother too much credit!

Finally, Obama took another swipe at “the boogeyman”, explaining that much of the debt from Iraq and Afghanistan is off the books, implying illegalities, and gross waste and mismanagement, and again providing a little “smoke and mirrors” from his shenanigans. Imagine a guy who spends trillions like Paris Hilton slams tequila shots has the nerve to criticize a few billion spent on an actual war…backed by Congress. 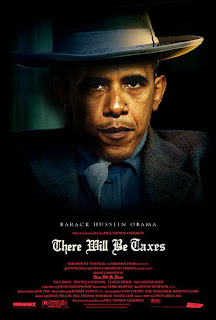 It has been determined by “the powers that be”, that Obama can’t have a rousing performance, when his speeches (1) go beyond sound bites, and (2) are not attended by paid supporters, like supposedly homeless Black women, ACORN members, lobbyists, terrorists, all people receiving tax rebates undeservedly, and finally…liberals in Congress. I apologize for some of the redundancies in that list.

There may be a tendency for the weak among you to start believing that Obama is serious about helping Americans. But don’t be fooled by Obama’s sound bites and “hopeful” tone of hopelessness without him. There are still the usual Obama “get out of jail free” clauses and other disclaimers.

Buried in the “openness” of his legislation, and the crisis on which he continues to sell us, is the real agenda. Obama will abandon the War on Terror, and replaced it with the new War on Achievement.

Be sure to get Obama’s new book: The Tax Man Cometh…and He Has a Gold Tooth

Kevin Jackson is an author of four books in sales and politics, as well being the author of The Black Sphere blog. He has been published in Africa News and Hoovers. Visit Kevin at http://theblacksphere.blogspot.com or email him at [email protected]
The Black Sphere online magazine is at www.openzine.com/theblacksphere, and you can catch Kevin on The Black Sphere radio show every Thurs 9P-11P Central (times subject to change) http://blogtalkradio.com/TheBlackSphere
Facebook Twitter
Kevin JacksonFebruary 26, 2009
3 minutes read
Don’t Miss Out!