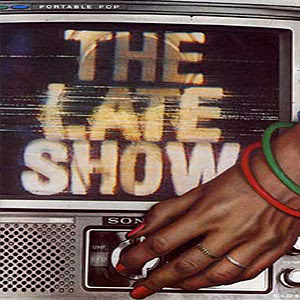 It is said that the Bush policy was “be on time, all the time.” Like the dress code, Obama has apparently abandoned this “eight years of the previous administration” policy as well.

I learned recently that Obama may now indeed get to claim the distinction of being the first Black president and not Clinton, as apparently he has a penchant for tardiness, and is always late. Apparently Obama operates on what we call in the Black community, “CPT” – Colored People Time.

According to Yahoo News,

Obama has been routinely late to events and news conferences, including the ones at which he reversed Bush’s orders. This has led to an already familiar refrain from the Obama camp: “He’s running late.”

Even when Obama is throwing out a Bushism, he can’t be on time. You would think that would get him excited enough to show up early. But no, not for Barack ‘The Clock Don’t Own Me’ Obama.

It is said of Black people that most of us will miss our own funerals. We even have different allotments of “lateness” for various events.

For example you are allowed about 15 minutes grace period for a wedding. But for a house party, well you can expect Black folks to be at least an hour late.

With Obama’s habitual tardiness, I am left to speculate as to what is causing it? Here are a few of my thoughts.

First, Michelle may be bitching at him. She certainly looks like the type to not allow this whole “president thang” to get in the way of her marriage. Personally, I think Obama plays the submissive role in the relationship. Michelle knows all the dirt on him, so she can indulge him publicly, but she gets her comeuppance in private.

Next, he may need to check with Pelosi, before he can speak publicly. She is about as smart as a year-old monkey, and Obama really does say some stupid things, to be “the smartest guy in the room”. Given his tendency for “ums” and “uhs”, I think he is mic’d at all times, and Pelosi may be feeding the earpiece.

Now there is the possibility that he is doing his affirmations,

…Obama you are a strong African leader, I mean American leader. You are charming and good-looking, and you talk pretty, and ‘the smartest guy in the room…oh, and you are the ‘HNIC.’

That’s “head Negro in charge” for those who may not know.

Anyway, I’m sure that some days these affirmations take longer than others.

One real possibility for Obama’s lateness to meetings is he may be outside the White House having himself a “fag”. I am referencing Obama’s need to draw in that last few puffs from his Kools, so he doesn’t have to face the world without the jolt from his nicotine. He’s an addict, you know. 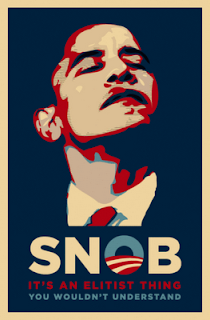 The fact is that Obama could be
on time, all the time, as was the Bush way. But Obama is that arrogant professor who wants to see just how long he can make you wait before you decide to leave class. Then as you grab your books, he suddenly appears. The next time, he pushes you a minute or two further. Until you just never know. So you wait…for Godot.

This need to “control” is based on his pathology for not being able to control anything in his private life, lacking a core. Being late is his passive aggressive way of controlling things, manipulating them.

Obama needs a “scripted” life, as he can’t just act from the gut. That’s how fakes work. They need a clue to your behavior, so they can know how to react.

So sorry to disappoint those of you who thought Obama is all Black. He remains as much White as he is Black. But at least for now, Obama is “keeping his White man” down, as the brother in him keeps showing up late for everything…oh, except basketball.

Kevin Jackson is an author of four books in sales and politics, as well being the author of The Black Sphere blog. He has been published in Africa News and Hoovers. Visit Kevin at http://theblacksphere.blogspot.com or email him at [email protected]
You can catch Kevin on The Black Sphere radio show every Mon at 8P Central http://blogtalkradio.com/TheBlackSphere
Facebook Twitter
Kevin JacksonFebruary 9, 2009
3 minutes read
Don’t Miss Out!