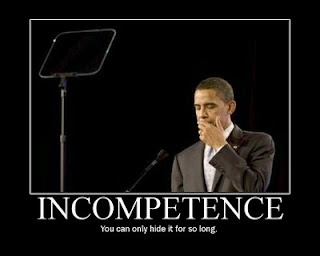 I must admit, I am all tingly up my leg at the prospect of Obama visiting Europe. This trip will be this Conservative blogger’s manna from heaven. I may even write blogs in advance, since predicting Obama’s failures has become somewhat of a pastime of mine.

When you send a child to do a man’s work, you have to expect that mistakes will be made. It reminds me of when my kids were young, and I encouraged them to help me with chores. It was to build their character. Invariably it ended up taking me more time to finish a project, as I had to undo what they had done. But it did build their character. The problem for Obama is he has no father-figure to help him. Wait…there is Crazy Joe!

So the next president will find himself or herself (shameful plug for Sarah Palin) with the fun task of undoing Obama snafus. Untangling Obama’s rats’ nests will be difficult, to say the least.

Obama’s delegation I hear is around 500 people. Needless to say, TOTUS will be among them. We all know that TOTUS really runs the country.

TOTUS notwithstanding, this trip Europe won’t be quite as ingratiating for Obama as when he was a presidential candidate. The world wanted a weak idiot American president, and they got one. Little did they know how bad Obama would be for the world economy? Suckas!

There are already a few hot buttons for the G20 attendees, like the devaluation of the dollar, and frankly many nations’ legitimate disgust with Obama’s policies. How will Obama handle not being considered a rock star? He will handle it like a washed up rock star…Poorly.

So it’s a new day in America’s foreign policy. Let’s see how Obama does with real heavyweights. From my easy-chair, I can tell you that there is only one direction it can go. Way up, when compared to the recent fiasco by Hillary “Housewife” Clinton.

If Obama were to get chased out of Britain, that would be a step up from that debacle. He is in fact meeting with Gordon Brown and the Queen. I think the State Department is sending them a case of Ripple and some $3 chuck wine…Snoop Dogg’s label. Late? Of course it will arrive late…but good question!

What I find interesting about our media is they are positioning with Americans that “the booing you hear is not directed at Obama.” Are you so sure, mainstream media?

Obama’s heat will come at the G20 Summit, where he can expect no quarter. It is said that he wants to build consensus on the global economy. America represents 60% of the global economy, and Obama is looking for consensus. Don’t be surprised if he puts the Russians in charge of our economy, or better yet, the UN.

He also wants unity. I say to other nations, be careful getting involved with Obama, as his list of scapegoats need a refresh. If you partner in his madness, he will have you by the short hairs. Just ask the Chinese.

I’m just a layman in such matters, however I suspect the Chinese, our largest creditor will be asking for their Chinese Express card back. At the very least they will be lowering the credit limit, taking us from the Gold Card to the Green Card.

They really want to revoke the card, but Obama has a grip on their naughty bits. They are hamstrung by the largest economy in the world. But the Chinese can play with the interest rate.

Finally, Obama will take a side trip to Turkey to pay homage to the Muslim world. He will make sure they are aware that he has done all he can to unarm America. Next on the agenda, Sharia Law for all Americans. 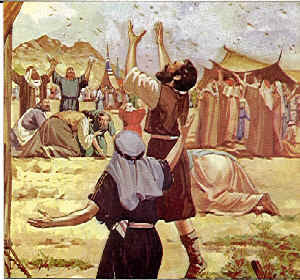 Like all things Obama, this trip will be a dismal failure. Obama believes his “image” will carry the day, and those pensive, snobbish looks will appease world leaders and adorning fans.

But he is not dealing with just an adoring public. These are seasoned politicians, most of whom actually care about their countries, and who actually understand economics.

Nor will the overseas press look the other way when Obama screws up. Reporters in the UK are likely highly motivated to expose Obama as a fraud,as payback for sending Churchill’s bust back. I predict we will actually get real footage of Obama’s faux pas’, and not the sanitized reports we get from our media.

I am anxious to see what excuses or rationalizations Obama’s fan club will have upon his return.

Regardless, the Obama team is panicked. They know that even the mainstream media is starting to feed on a bit of Obama fodder. The American media will not want to be scooped by the European media. And once the feeding frenzy starts, neither the Obama team nor the media will be able to shut it down.

As for me, I will enjoy a glass of champagne with my manna from heaven.

Kevin Jackson is an author of four books in sales and politics, as well being the author of The Black Sphere blog. He has been published in Africa News and Hoovers. Visit Kevin at http://theblacksphere.blogspot.com or email him at [email protected]
The Black Sphere online magazine is at www.openzine.com/theblacksphere, and you can catch Kevin on The Black Sphere radio show every Thurs 9P-11P Central (times subject to change) http://blogtalkradio.com/TheBlackSphere
Facebook Twitter
Kevin JacksonMarch 31, 2009
4 minutes read
Don’t Miss Out!