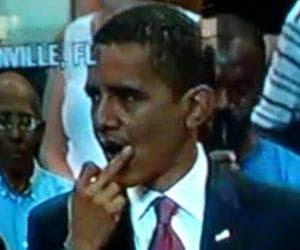 Obama prepared a speech to America’s veterans that read, “…Ask not what your country can do for you, but what you can do to foot the bill for your own healthcare.” At least this time Obama referenced the ghost of JFK, and not Lincoln or Reagan.

The new Idiot in Chief in yet another boldly stupid move honors America’s veterans by considering asking them to pay for their own medical treatment, we are told. What better way to pay tribute to those who fought to protect the lunacy under which we all currently worship?

Obama feels that we must all sacrifice, so why not punish those who have sacrificed the most, the best? Isn’t that what a War on Achievement does? Veterans should do their part in helping America tighten the belt. It’s only fair.

It’s ok to spend a few billion dollars on transsexual art shows, to plant new sod around the Capitol, and other porkadelic projects. But to actually honor our commitment to the people who keep us free, well that’s absurd! As elitist Democrat Senator John Kerry said about our fighting men and women, [paraphrased] “…They’re just stupid soldiers, forced to join the military, because they have no other prospects.” I guess they’re too stupid to know that the Democrats could care less about them too, huh?

Forget that the VA was set up because of the unique issues that veterans face. The idea for the VA is that there is no price to high to pay to give the best to our veterans. At least this was the case in administrations who actually cared about our veterans.

Even Obama’s own party recognizes the volatility and absurdity in “floating” this proposal, as stated by Representative from VA Glenn Nye (D) in Hampton Roads:

“We do not give our veterans health care – they earn it,” Rep. Glenn Nye, a Norfolk Democrat, wrote in a letter to the president being circulated for signatures from his House colleagues. It would be unacceptable, the letter says, “to ask our veterans to pay for the treatment of injuries received while serving our nation.”

It doesn’t end with Congressional Liberals, but has reached the Sobamamites. So knucklehead Jon Stewart has weighed in on the subject…against Obama. Next thing you know Keith Olbermann will join the Liberal chorus siding against Obama. Dare I say Chris Matthews will lose that tingly feeling up his leg?

So at least for now this baby has been aborted. However remember the civilian equivalent of the military, “…just as strong and well funded,” that Obama “floated”? Well civilian military legislation is being proposed in the House as we speak. How oxymoronic is civilian military? You don’t even need the “oxy”. 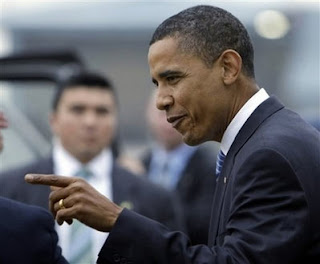 Obama hates the military and all that they stand for. Duty. Honor. Country. God.

When you think as most military personnel do, you couldn’t possibly vote for a Liberal, though you will fight for them.

Regardless, Obama must neutralize the military vote. So he is punishing the military for voting overwhelmingly Republican. This proposal was a warning shot over the bow of the ship, the bullet at your feet, the head fake to get you to flinch, all to put the military has been put on notice that Obama is their leader.

Because when you are not the real Commander in Chief, and you know there are those in the military who are questioning your authority, you need to pee on a few fence posts. And if veterans’ benefits are substandard, then who will want to serve in the military…at least in the real military? There is that civilian equivalent. Reminds me of that one in Germany.

Kevin Jackson is an author of four books in sales and politics, as well being the author of The Black Sphere blog. He has been published in Africa News and Hoovers. Visit Kevin at http://theblacksphere.blogspot.com or email him at [email protected]
The Black Sphere online magazine is at www.openzine.com/theblacksphere, and you can catch Kevin on The Black Sphere radio show every Thurs 9P-11P Central (times subject to change) http://blogtalkradio.com/TheBlackSphere
Facebook Twitter
Kevin JacksonMarch 19, 2009
3 minutes read