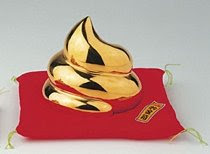 “Bring your work back to the workshop twenty times. Polish it continuously, and polish it again.” – Nicolas Boileau. L’Art poétique

Apparently Obama heeded the words of Mr. Boileau, having gold-plated his economic policy turd, polishing it continuously. Perhaps he doth polish too much, exposing the tin?

Putting his energy into yet another project, Obama is now shifting focus from his failed economic policies, by tinkering with military affairs in Afghanistan.  This is truly the definition of turning energy into solid waste.

Given his broad background in global affairs, compounded with his strong background in military strategy, how could Obama not avoid weighing in on this subject?

According to Obama, the US is not winning the war in Afghanistan, so it is time for him to change tactics. And considering how well his idea of not backing the surge would have worked in Iraq, why not give Afghanistan a stab…in the back?

Straight out of the Obama playbook, “Quote a Deceased Real Republican Leader, Then Try to Look Presidential“, he wants to try to win over Sunni moderates. Obama warns us, however in this statement to the NY Times,

“One difficulty would be sorting through complex rivalries...”

Who better to understand these “complex rivalries” and get all the sides in unison, than Obama? His bipartisan success in selling his own domestic policies has provided a glimpse of his possible success in Afghanistan.

Nevertheless who can argue with a guy who has handled things so well in his first 50 days? Look at all that has been accomplished.

With a leader like Obama, America doesn’t need any enemies. Am I the only person who suspects that Obama is actually trying to ruin America?

Though I knew Obama was not that bright, it’s the depth of Obama’s lack of knowledge in business, finance, and economics literally has had me scratching my head.

I expected some of the crazy ideas, because he showcased much of his ignorance during the campaign, at least for those of us who weren’t sold on his cleanliness. However the idea that Obama wants to start dealing with military strategy truly vexes me, as much as it perplexes me. I can’t think of a less qualified, so-called leader. 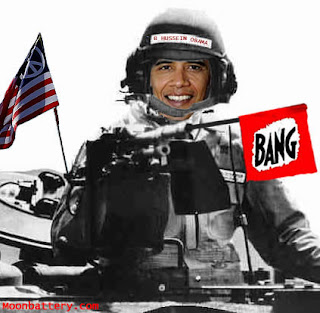 Obama will address the war in Afghanistan much like he addressed the health care situation.

He will gather all the Sunni leaders for a summit with our military and our soon-to-be civilian national security force.

At the summit, he will break them into smaller groups, where they will participate in breakout sessions. They will have an hour to talk amongst themselves. At the end of the hour, they will reconvene with Obama, where he will ask them what they were able to accomplish. He won’t use any of their suggestions, but he enjoys making them feel like they are part of the solution.  The ultimate solution will be that Obama will offer no solution.

Afghanistan is Obama’s new turd, and in an effort to divert us from his destruction of the economy, he is tinkering with the military.  I remind Obama, that the first rule of tinkering is…save all the parts.

Kevin Jackson is an author of four books in sales and politics, as well being the author of The Black Sphere blog. He has been published in Africa News and Hoovers. Visit Kevin at http://theblacksphere.blogspot.com or email him at [email protected]
The Black Sphere online magazine is at www.openzine.com/theblacksphere, and you can catch Kevin on The Black Sphere radio show every Thurs 9P-11P Central (times subject to change) http://blogtalkradio.com/TheBlackSphere
Facebook Twitter
Kevin JacksonMarch 10, 2009
2 minutes read
Don’t Miss Out!