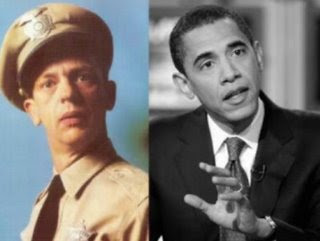 I didn’t hear the interview Obama did on 60 Minutes, as I was out stimulating the economy having dinner with my family. I must say that the $50 I paid for dinner was $50 more than economic stimulation than Obamulus von Porkulus has generated to date.

As I watched Obama, I thought to myself, “Don’t you love it when Obama tries to prove people wrong?”

For those who haven’t seen the interview, trust me when I tell you Obama really needed his trusty friend the teleprompter…in a big way. He handled this interview with all the finesse of an ice-skating pig.

Neck askew, I gazed up at the TV from my booth in the restaurant to see Obama pimping his latest financial atrocity, the $3.6T budget in an interview with Steve Kroft. Kroft threw him a few softballs like the AIG bonuses, and Obama again confirmed Geithner’s eventual departure by “backing him 100%“.

But I could hardly believe my eyes, when the discussion turned to the economy and the latest budget figures, and I read Kroft’s [closed captioned] comments and questions to Obama on the budget:

“You’re sitting here. And you’re— you are laughing. You are laughing about some of these problems. Are people going to look at this and say, ‘I mean, he’s sitting there just making jokes about money—’ How do you deal with— I mean: explain. . .” Kroft asked at one point.

“Are you punch-drunk?” Kroft said.

Obama was floored, but he tried to laugh it off. His staff had set this interview up as a series of softballs, and Kroft alludes to Obama as being punch drunk boxer. Talk about an insult.

I’d say that Kroft was more the true pugilist in this interview, and he took off the “kid gloves”. He then commenced to giving Obama, what my grandmother would call, “an old-fashioned butt whoopin‘”.

Based on the Tonight Show interview and this one, I can hardly wait to see what fodder we get from his upcoming European trip. He’s likely to offend at least four nations, two ethnic groups, and three other organizations. His safety net is he can always fall back on bashing America. And there is that catchphrase of “I inherited this mess.” 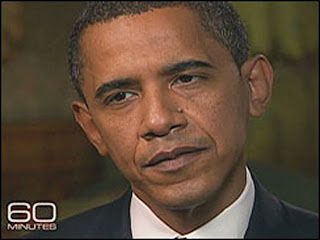 This interview is the first sign of life of the mainstream media may becoming off life-support. They apparently have awakened, and dare I say…regained their mother-lovin’ sanity.

I have little doubt this 60 Minutes episode will be the highest rated show during its timeslot. But more importantly this story will grow legs, and start running faster than Usain Bolt.

Woe unto Obama, when the media figures out that they can get more revenue with the truth about him, than they can goo-goo gagaing over him. You heard it hear…

Kevin Jackson is an author of four books in sales and politics, as well being the author of The Black Sphere blog. He has been published in Africa News and Hoovers. Visit Kevin at http://theblacksphere.blogspot.com or email him at [email protected]
The Black Sphere online magazine is at www.openzine.com/theblacksphere, and you can catch Kevin on The Black Sphere radio show every Thurs 9P-11P Central (times subject to change) http://blogtalkradio.com/TheBlackSphere
Facebook Twitter
Kevin JacksonMarch 23, 2009
3 minutes read
Don’t Miss Out!