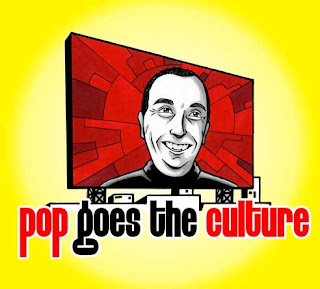 It seems that things are so bad in the White House, culturally speaking, that Obama has decided to appoint a “Culture Czar”. This request was made by Quincy Jones back in January of this year, in order to have the government pay more attention to arts and culture.

Erik Ivey has been given the role to help promote art and culture, and for those of you who don’t know Ivey, he is the person who led Obama’s transition team, and is a former chairman of the National Endowment for the Arts.

As for me, I think the new Culture Czar should forego art for a while, and concentrate on culture. A great place to start would be for Ivey to begin his cultural teachings with a little etiquette and decorum at the White House, specifically addressing getting Obama off Colored People Time, aka CPT.

It has become common knowledge with the media and most of America, and now the world, that Obama has no respect for other people’s time. I have already called Obama out for his narcissistic need to make people wait on him, likely a little “get some” from White folks, and a reminder that he, the Messiah is the new Head Negro in Charge.

Others say that people like Obama make others wait as a mark of self-importance and dominion over their schedules, i.e. controlling the time of others. So tardiness would be a good cultural agenda item for the new Culture Czar.

Next, I suggest that the new Culture Czar teach Barry and Hillary how to select proper gifts to foreign dignitaries. Psychologists have found gift giving a surprisingly complex interaction. As we discovered in the ObamaNation faux pas, gift-giving is indeed important, particularly when done wrong.

This recent round of gift giving was a huge embarrassment to America, if only to hear that cackle of Hillary, as she tried in vain to recover from her mess. Further, Barry with the DVDs, well I hardly have the words, and that is what you folks pay me for. In the gift-giving world, “it is better to give than to receive“. It is often the giver who reaps the biggest psychological gain, and not the recipient. Unfortunately for Gordon Brown, Obama blew Brown’s gift-giving high, and replaced it with disgust. Gifts are said to help define relationship and strengthen bonds. In the case of Obama, his gift indeed defined his relationship with Brown, as it weakened the bond between America and Britain.

According to Liberals, electing Obama was supposed to make America appear less “eeeeevil“. However I bet they didn’t realize the tradeoff would be to make American’s appear so much more stupid. So Gift-Giving 101 is a mandatory class for the new Culture Czar to offer. 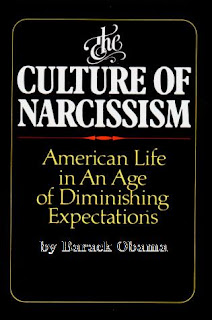 Many classes are needed in the area of culture, and in fact it’s too many to mention in a short blog. Nevertheless, I will make a few additional suggestions.

I think the new Culture Czar should have a class on Proper Use of Indignation, i.e. PUI 101. As recent developments have highlighted in “Bonusgate”, when you are (1) aware of the bonuses, (2) have authorized the bonuses, or worse yet, (3) you were completely unaware of the bonuses, but approved the money anyway, no matter which door you choose…you’re screwed.

And how about we establish a “culture of ethics”, and throw in “accountability” [COE 101 and Accountability 001] for good measure? This way Obama can avoid the embarrassing situation of attempting to hire tax cheats and other felons, and perhaps fix that nasty habit of telling America one thing, then doing another. This class would be mandatory for all Democrats in government, at all levels.

Kevin Jackson is an author of four books in sales and politics, as well being the author of The Black Sphere blog. He has been published in Africa News and Hoovers. Visit Kevin at http://theblacksphere.blogspot.com or email him at [email protected]
The Black Sphere online magazine is at www.openzine.com/theblacksphere, and you can catch Kevin on The Black Sphere radio show every Thurs 9P-11P Central (times subject to change) http://blogtalkradio.com/TheBlackSphere
Facebook Twitter
Kevin JacksonMarch 19, 2009
3 minutes read
Don’t Miss Out!