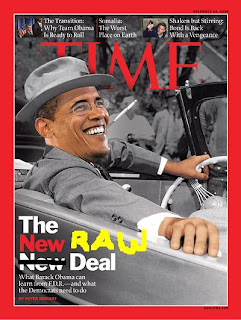 Obama and Geithner are talking tough again. There is a crisis of the Democrats’ creation that they need to capitalize on. Instead of going after the real culprits, the Democrat congressional leaders, Obama continues to wage War on Achievement.

Obama is making no attempt to rein in Congress. If there was any group of lunatic Liberals that need reining in, I would say it’s that bunch of Keystone Cops. The problem is that there is no real sheriff in town, and Deputy Dog is in charge.

So Obama continues going after bailout companies, and has expanded his so-called authority over companies who don’t even get bailout welfare. If this isn’t just the pitting of the achievers against losers, then pee on me and tell me it’s raining.

So the first thing Obama has ordered “Mini-me” to do is to rid banks of ‘toxic assets.’ Translated: Obama will be using hardworking Conservative’s money to buy junk…crap! If something is “toxic“, how can it be an asset?

This is like going to Neiman’s and paying for the boxes Prada shoes come in. Worse yet, it’s like hoping that the boxes will have value some day to return to the store. Are you seeing how insane this is?

Obama said this during his Tuesday prime-time press conference:

“This budget is inseparable from this recovery, because it is what lays the foundation for a secure and lasting prosperity…”

This is Obama’s “get out of jail free card”, because if he doesn’t get everything that he wants, he will blame it on not getting all his budget approved. He will be like a precocious teenager and throw a tantrum. How could I succeed with only $20 trillion dollars?!

I seriously feel like a broken record here. Obama will take any opening to gain power. Undeserved power. Yet, he hasn’t demonstrated that he can’t balance his own checkbook, yet he wants to run the most complicated organization in the world. Understaffed! I almost forgot…Obama is a god! Not!

I predicted that any relief in the stock market would be Obama’s sign to expand his authority, and as predictable as Nancy Pelosi’s next botox injection, BAM there he goes. Of course he will say that his policies are the reason for the “recovery”.

Let’s keep it real Barry. The market isn’t even back to where it was when you took office, so try not to waste that Viagra on premature celebration.

When I see Geithner and Obama together trying to come off as “tough guys”, I truly have to chuckle. I see two weak sisters, running behind Pelosi’s skirt when the going gets tough. She looks behind her then scolds them for their lack of backbones, and always running to her.

Without Queen of the Damned, those two cub scouts couldn’t find their butts with both hands. Now that is not a compliment to Cruella by any stretch of the imagination, and more a condemnation of Obama and Geithner. 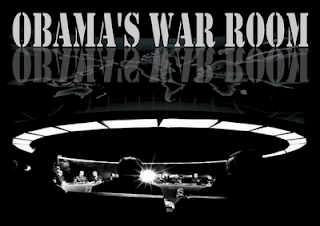 Obama already has flushed America down the toilet, and apparently he is scurrying to the other side of the world this week to see what comes out the other end. Here’s your answer Barry: Shizzle!

But Obama continues his War on Achievement, threatening any and all companies that have the potential of influencing government policy. A bit nebulous in definition, if you ask me.

It’s like Dad died, and left his company to a 17-year old crackhead. Since when has the government run anything well? Rhetorical question.

Show me a government program, and I will show you a program that could be run better by monkeys. It’s really that simple. Watching this administration operate is like watching a business operated by chimps. Needless to say, nothing gets done. And the public just ends up getting chimp doo-doo thrown on them.

Kevin Jackson is an author of four books in sales and politics, as well being the author of The Black Sphere blog. He has been published in Africa News and Hoovers. Visit Kevin at http://theblacksphere.blogspot.com or email him at [email protected]
The Black Sphere online magazine is at www.openzine.com/theblacksphere, and you can catch Kevin on The Black Sphere radio show every Thurs 9P-11P Central (times subject to change) http://blogtalkradio.com/TheBlackSphere
Facebook Twitter
Kevin JacksonMarch 30, 2009
3 minutes read
Don’t Miss Out!