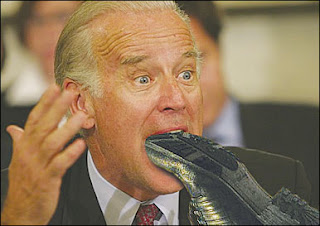 To say that Biden is a liar would be a gross understatement and certainly nothing new. Nor would it add anything to what we already know about his pathology of lying to cover his insecurities, and instead exposing his stupidity. I must admit, in the game of prevarication, Biden is the king. This guy can lie…and about anything!

I actually wrote in an earlier blog that Biden and Obama are both pathological liars, and creators of events. Liberal revisionist historians are all too happy to oblige for them, now within hours of a lies discovery. This speaks more about the morals of liberal Democrats, perhaps than it does about Obama and Biden.

In the past, Biden’s lies were easily disproved. He ate at that restaurant that no longer exists, or He wrote a speech, only for us to find out later that the speech belonged to somebody else, in one case Neil Kinnock, a British politician. Biden figured if he plagiarized somebody from across the pond, nobody would catch it. Buzz!

In his latest lie however, at least he had the good sense to limit the witnesses, which in this case only involves President Bush. Below is what Biden is said to have commented to President Bush:

“I remember President Bush saying to me one time in the Oval Office,” Biden began, “‘Well, Joe,’ he said, ‘I’m a leader.’ And I said: ‘Mr. President, turn and around look behind you. No one is following.'”

Psychologist will tell you that Biden is insecure and a narcissist, thus he creates these lies in order to make himself look good. He needs to feel like he is the center of attention. And though it may backfire, Biden in no way feels marginalized, even when caught or called out on his lie. In fact, he will dismiss those who challenge his lie, in an effort to have his “shock and awe” personality back the average chump down. To his credit, he is able to snow most Democrats and liberals, as they have the IQ of a swarm of locust.

But Biden can’t fool conservatives. We recognize that in this instance, what Biden is saying is what he wished he had said to President Bush. We have all had a moment when somebody stumped us, or outwitted us, and we blanked. Then about two minutes later, you are in the bathroom looking in the mirror, and the perfect comeback suddently hits you! But it’s too late. This is how Biden has spent his life. Thinking…in the rear view mirror.

When challenged by a reporter a while back about his education level, Biden bragged about how smart he was. Now most people would have said something to the effect of, “…I may not be the smartest person in the world, but…”, and just defused the comment.

I would have joked something like, “…I notice you work for MSNBC News. I heard that they started their ‘Hire an Inmate’ program, glad you made it?…Ok I’m just kidding you…But I do think I saw your name on the pedophile list for my community. (Take my mobile phone out and pretend to answer…look at reporter and say) Hey, it’s for you…it’s your parole officer. Next question?” I think you get my point. 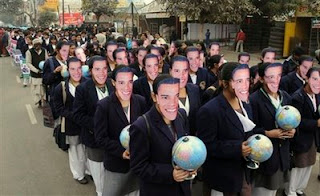 Biden has changed the way the VP role is performed. He has one task: To make Obama look good, as I wrote in The Biden Experiment.

Without Biden, Obama’s own people would scrutinize his words more carefully, and then hold his feet to the fire. Biden leaves many conservatives scratching our heads, so we admittedly take our eye off the Obama ball, at least for a little instant.

So while we look away, Democrats and their minions are constantly revising their history to cover for idiotic ideologies that contain no core values. Having no core values forces them to be pathological liars, about the past and the present.

So don’t expect them to chastise Biden. He was a perfect choice by Obama to represent them. The knucklehead who could be king.

Kevin Jackson is an author of four books in sales and politics, as well being the author of The Black Sphere blog. He has been published in Africa News and Hoovers. Visit Kevin at http://theblacksphere.blogspot.com or email him at [email protected]
The Black Sphere online magazine is at www.openzine.com/theblacksphere, and you can catch Kevin on The Black Sphere radio show every Thurs 9P-11P Central (times subject to change) http://blogtalkradio.com/TheBlackSphere
Facebook Twitter
Kevin JacksonApril 11, 2009
3 minutes read
Don’t Miss Out!