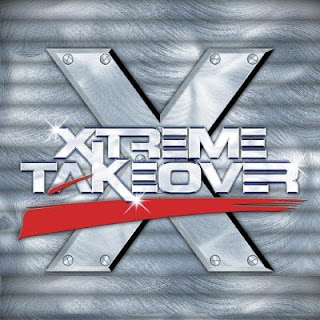 People used to say, “Follow the money.” However, in the Obama administration the new saying is, “Control the money.” And that is exactly what they are doing.
Based on this information from the Wall Street Journal, the Fed may have to prosecute itself under RICO statutes, having made banks an “offer they couldn’t refuse.”

It appears the banks were asked to take the TARP funds, in order to give credence to the program. With all those lawyers on the payroll, you’d think they read the fine print, because there appears to be no “opt out” button on this control panel; thus banks are subjected to “gubment” control.

In the article Stuart Varney explains in a discussion with a colleague the tactics being employed by the government [details obscured to prevent retaliation] to intimidate banks:

The chairman offers to write a check, now, with interest. He’s been sitting on the cash for months and has felt the dead hand of government threatening to run his business and dictate pay scales…The bank has also been threatened with “adverse” consequences if its chairman persists. That’s politics talking, not economics.

Smaller more insignificant banks have been allowed to return the money, amounting to little more than token repayment gestures, considering the amount of money in play. However larger more prominent banks are being strong-armed.

These tactics are being employed so that the government will own a piece of these organizations, thus allowing oversight. Translated—Control.

Now we all know the inevitable outcome of the government running anything: A meal of waste and fraud, with incompetence for dessert. But remember that the government is not about competence in running a business. What is ya…ignant?

So in a last ditch effort to save his restaurant, he reached out to the government…oops, I mean the mafia.

Paulie feigning reluctance agrees to partner, saying “What do I know about running no restaurant?” Now the same could be said for the Fed. What do they know about running the financial industry? Hint: Fannie Mae and Freddie Mac are examples.

As Henry Hill (played by Ray Liotta) narrates in the film, the mafia owning that restaurant was a license to steal. And that they did.

Liquor, food, and other merchandise came in the front door, and went straight out the back door for cash. They ran up debts on the restaurant and the owner to such a degree, that the guy is shown signing the restaurant over in bankruptcy not long afterward…dejected. 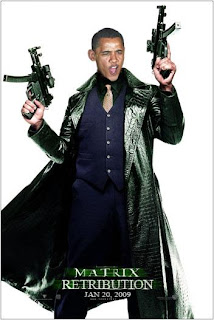 In the final restaurant scene in Goodfellas, Henry and Tommy end up torching the place. They then drive away as if nothing happened, dismissing the life of the restaurateur who was ruined in the process. A fitting end that the mafioso who started the vicious cycle, also ended it.

So if what the Fed is doing sounds suspiciously like that scene in Goodfellas, it’s because it is. Life mimics art. ObamaNation is ready and willing to offer its “assistance”, just as the snake in the Garden of Eden encouraged Eve to bite the apple.

Like a spin on the lyrics of Hotel California, they can check in any time they like, and they will never leave…that is until they have bankrupted you, and burned down your house.

From this black conservative’s vantage point, government has indeed gotten bigger and blacker.

Kevin Jackson is an author of four books in sales and politics, as well being the author of The Black Sphere blog. He has been published in Africa News and Hoovers. Visit Kevin at http://theblacksphere.blogspot.com or email him at [email protected]
The Black Sphere online magazine is at www.openzine.com/theblacksphere, and you can catch Kevin on The Black Sphere radio show every Thurs 9P-11P Central (times subject to change) http://blogtalkradio.com/TheBlackSphere
Facebook Twitter
Kevin JacksonApril 23, 2009
3 minutes read