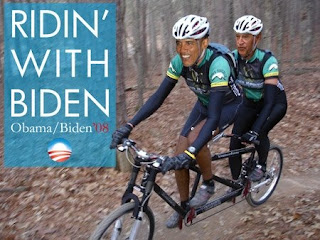 Are you ready for Round Two of the Obama cabinet debacle? Though Obama hasn’t quite finished selecting his first felonious cabinet, it is now time to start considering the undersecretary and deputy secretary positions. I hear that they are combing prisons all over Amerika for potential candidates. If they can’t find viable candidates in Amerika’s prison system, then the nation’s zoos are considered a viable fallback.

When you consider the group that holds the secretary positions, I can’t imagine who would want these secondary roles? Perhaps the homeless or illegal aliens.

Working for the current band of idiots would be like working for your teenage nephew. Is it even possible to find less competent people than Obama’s cabinet leaders? As with all things liberal…it is! And they will. My grandmother would say, “Look what the cat dragged in.”

I know I’m not the only person in disbelief that Obama hasn’t finished with his main cabinet positions. With that work still left to do, why not move ahead with the secondary spots?

Obama is flunking Presidency 101, as he hasn’t resolved 99% of these issues already. Yet it’s full steam ahead on the wrecking of America. Apparently Obama is indeed omnipotent, and he doesn’t need these people in his cabinet. When I consider some of his staff, I’m inclined to agree.

Obama has a lying lunatic, and drunk uncle known as Joe Biden for VP. That’s truly a scary thought for America, but it gets little coverage. Biden is one heartbeat away from being president! If Biden was president, that would break the needle of the lunacy scale, and Obama has the needle pegged now. I challenge any liberal or Democrat to join me on my radio show and admit to being proud of Biden as a VP selection. For anyone who takes me up on it, I will buy you an Obama shirt. Email me for details!

Next we have Hillary “Easy Button” Clinton. I reissue the challenge to Hillary lovers to be on my show as well. I have never witnessed a more ineffective Secretary of State in my adult life. It is so obvious that she knows nothing about the role, and is essentially performing “OJT”. I think at the very least they should have kept Condoleeza Rice around, so Hillary could shadow somebody with real credentials.

Then we get to Timothy “Duh” Geithner, the guy who is supposed to be in charge of the nation’s economy. I guess he read a book somewhere about it…in Sweden! What a loser! This guy must be in possession of controversial pictures of Obama to get and keep this position. I’ve witnessed more competence in running the auto industry. Oops.

Yet the list of zoo monkeys goes on and on! And I am anxious to see the next list of qualified tax cheats and otherwise incompetents. If given proper media coverage, talk about Reality TV! This is American Idol, The Real World, The Amazing Race, The Bachelor, Survivor, Dancing with the Stars, and Judge Judy (sorry JJ) all rolled into one! ObamaNation – Real Politik TV

That will be the highest rated show ever! Roll in the next troll. Somehow I think William Hung of American Idol fame would come out looking like a genius on the ObamaNation – Real Politik TV show.

Obama has many key spots to fill. Given his aggressive agenda you would think he had already filled these roles. After all he is taking on socializing the auto industry and strategizing for bank takeovers.

Obama takes his role as Idiot in Chief of the armed forces seriously, so he is meddling in Afghanistan and now he has the potential huge war in Somalia…with those four Somali pirates. Update: He won!…thanks to some highly trained Navy SEALs.

Add to this the socialization of health care, and the War on Achievement being fought here in Amerika against hardworking, taxpaying conservative, and you can see that Obama indeed has his hands full.

We can only hope that between the prisons and the zoos, Obama can get these positions filled quickly. I know that once this is complete, I will have a full-time job of watching ObamaNation – Real Politik TV. Thank God for Tivo!

Kevin Jackson is an author of four books in sales and politics, as well being the author of The Black Sphere blog. He has been published in Africa News and Hoovers. Visit Kevin at http://theblacksphere.blogspot.com or email him at [email protected]
The Black Sphere online magazine is at www.openzine.com/theblacksphere, and you can catch Kevin on The Black Sphere radio show every Thurs 9P-11P Central (times subject to change) http://blogtalkradio.com/TheBlackSphere
Facebook Twitter
Kevin JacksonApril 12, 2009
3 minutes read