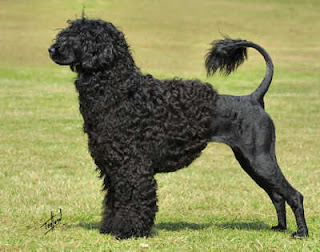 Of all the important things going on in the world, the focus of the mainstream media on Obama has been on his selection of a White House pet, and the Obama’s search for a church.
Both of these things represent nothing more than a distraction. These two newsworthy events serve to buy Obama another week or two of deflection in this train wreck ObamaNation calls a presidency.

I assure you that had Obama’s overseas trip been a success, we wouldn’t be hearing about either of these non-issues. But Obama got punked in Europe and elsewhere, kissing a Saudi’s hand, and calling Americans arrogant. “Have no fear, Underdog is here!”

So Obama’s foreing policy disaster gets America a bit of subterfuge, so we can forget seeing him getting get treated like “Baronica”. Yes America we get to discuss real news — Obama’s potential dog, and where he plans to spend one of the most holy of Christian holidays.

Nevertheless since people want to discuss these two issues, let’s do it. However, let’s discuss these issues in proper perspective. Let’s discuss them as the “smoke and mirrors” they are meant to be, and not as if they are indeed something we are to really care about.

First, there are many lies about this dog, particularly the idea that it’s “for the girls.” This dog will serve as a distraction for many government snafus. He will be referenced every time Obama screws up. So suffice it to say, we will get sick of hearing about this dog.

Next, they are getting a Portuguese water dog, in other words a bourgeois dog that comes from a bourgeois racist Democrat, notably Teddy Kennedy, which brings me to the next lie — that Obama was said to be considering a pound pup.

If the Obama’s are into “saving the world”, why not start with a dog that may be euthanized, and not some bourgeois royalty dog. In typical Obama fashion, he makes you believe he will be for “the little man”, or in this case “the little dog”. Then he sells out the pound pup, so he can hobnob with the wine and cheese crowd. Fear not black people, the rumor is that the dog is at least…negro. Since he is a Democrat, let’s name him “Racist.”

As for the next bit of big news, with dog selection done, Obama now needs a church. Amazing that Obama calls himself a Christian, yet he hasn’t been to church since becoming president. Do any of you Catholics or Jews feel you got punked? Well you should, because you did.

Obama has a good excuse however: He plays basketball on Sundays! He claims that he skips church his presence would disrupt services at a church, given his status…as GOD! I guess he is attending church on Easter in order to celebrate his birthday…for the third time!

It is said that Obama is evaluating two white churches, a mixed church, and a black church. The idea that his church choices have been categorized proves that Obama is obsessed with race, particularly when it can be used in his favor. Why can’t he just select an American church? Or better yet a Christian church. Frankly, I’m surprised he didn’t put an Islamic mosque and a Jewish synagogue on the list. For those of you wondering about the atheists being upset, I did mention that Obama plays basketball, right? On Sunday…then Tuesday, Wednesday, and Friday. What else does a no talent political hack have to do with his time? there is that children’s book! 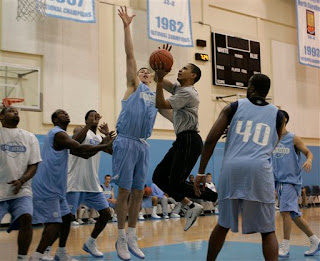 At the macro level, Obama has not exactly been the poster child for Christianity either. Every time I turn on the television, he is essentially denouncing Christianity in favor of Islam. Yet now he wants to start going to church. Sounds to me like an Obama handler might have mentioned that it’s time Obama threw a bone to the evangelicals, lest we forget…he is a Christian.

It is good to know that while North Korea launched a missile, Somali pirates attacked a sovereign American vessel, the America economy teeters on disaster, and close to 6M Americans are out of work, thankfully the lamestream media informed us that these issues are not as important as Obama’s dog and his potential new church.

Kevin Jackson is an author of four books in sales and politics, as well being the author of The Black Sphere blog. He has been published in Africa News and Hoovers. Visit Kevin at http://theblacksphere.blogspot.com or email him at [email protected]
The Black Sphere online magazine is at www.openzine.com/theblacksphere, and you can catch Kevin on The Black Sphere radio show every Thurs 9P-11P Central (times subject to change) http://blogtalkradio.com/TheBlackSphere
Facebook Twitter
Kevin JacksonApril 12, 2009
3 minutes read
Don’t Miss Out!